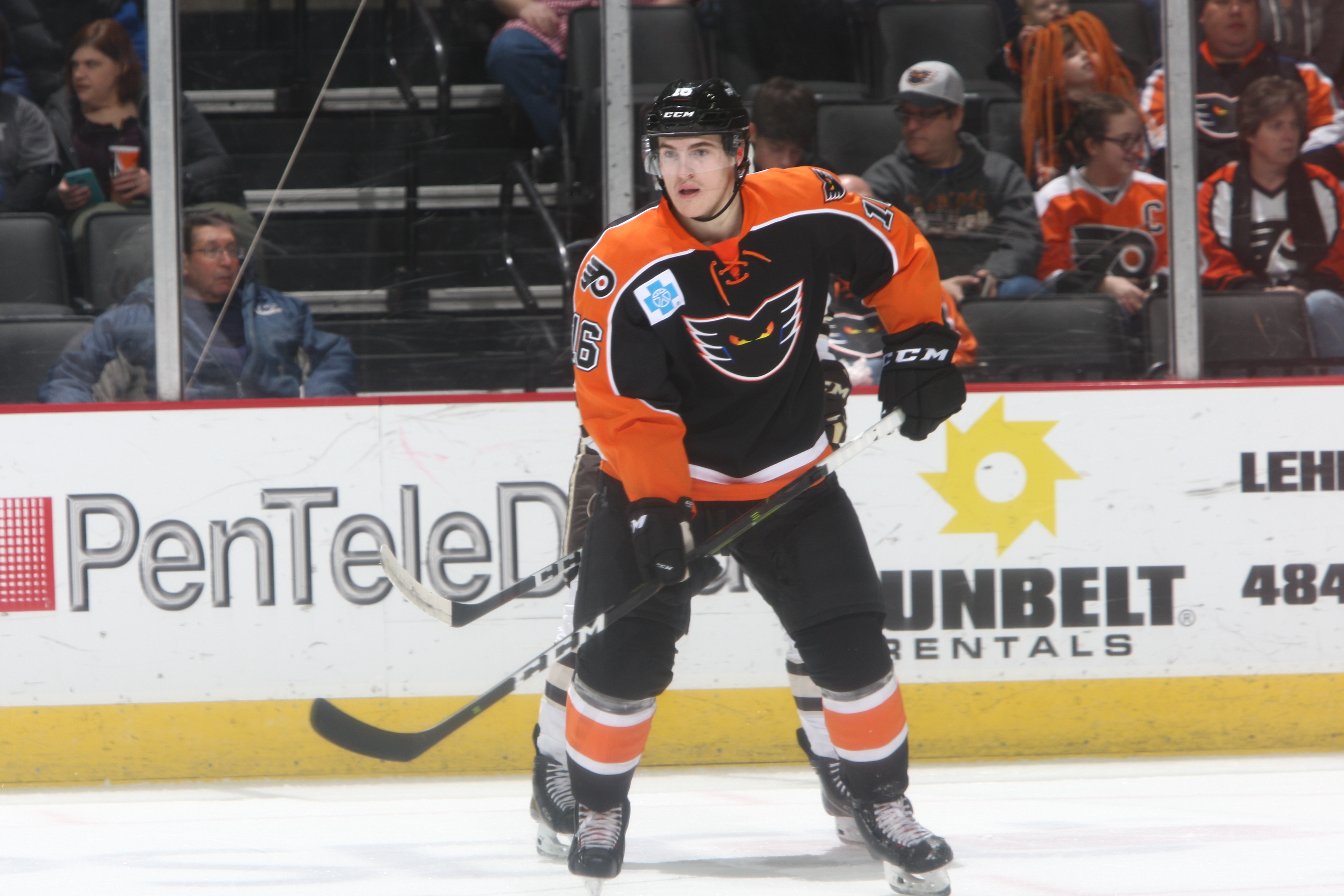 Lehigh Valley, Pa. – The Lehigh Valley Phantoms (27-20-3-2) made it close with a two-goal third period, but were unable to complete the comeback against the Hershey Bears (29-20-0-3) as they fell 4-3. Tyrell Goulbourne, Nicolas Aube-Kubel, and Mikhail Vorobyev all scored for the Phantoms as they dropped the final game of a 3-in-3 weekend in front of a sold out PPL Center crowd.

Tyrell Goulbourne got things started for Lehigh Valley eight minutes into the first period with his sixth goal of the season. Jori Lehtera put a shot on net that trickled through Vitek Vanecek and sat loose in the goal crease. Goulbourne was able to out hustle the Hershey defender and jam it over the line to give the Phantoms a 1-0 lead.

Hershey got one back to even the score seven minutes later. Beck Malenstyn was able to tip a shot from Ryan Sproul down through the five-hole of Brian Elliott to tie it up 1-1.

Malenstyn wasn’t done, as he scored his second goal of the game less than three minutes later. The Hershey winger skated down the right side and ripped a shot from the circle that beat Elliott to give the Bears a 2-0 lead.

Hershey took a 3-1 six minutes into the second period. With Steven Swavely in the penalty box for hooking, Mike Sgarbossa netted a power-play goal for his team-leading 23rd tally of the season for the Bears.

The Bears made it four unanswered goals as Ryan Sproul picked up his third point of the night with his seventh goal of the season.

Lehigh Valley was able to get one back just two minutes into the third as Nicolas Aube-Kubel scored his 11th of the season to cut it to 4-2. It was Aube-Kubel’s first goal since January 5 after he missed 10 games with a lower-body injury.

The Phantoms made it a one-goal game with 5:23 to go as Mikhail Vorobyev sniped one top shelf from below the circle for a plower-play goal. It was the seventh goal of the season for Vorobyev, who was just loaned to the Phantoms by the Flyers yesterday. Unfortunately for Lehigh Valley, they were not able to complete the comeback as Hershey won 4-3 to earn at least a point in their 15th straight game.

NEXT TIME OUT: The Phantoms will fly south next weekend as they take on the first place, Charlotte Checkers next Friday and Saturday. It’ll be Lehigh Valley’s first trip to Charlotte this season, and the teams split the first series in Allentown.