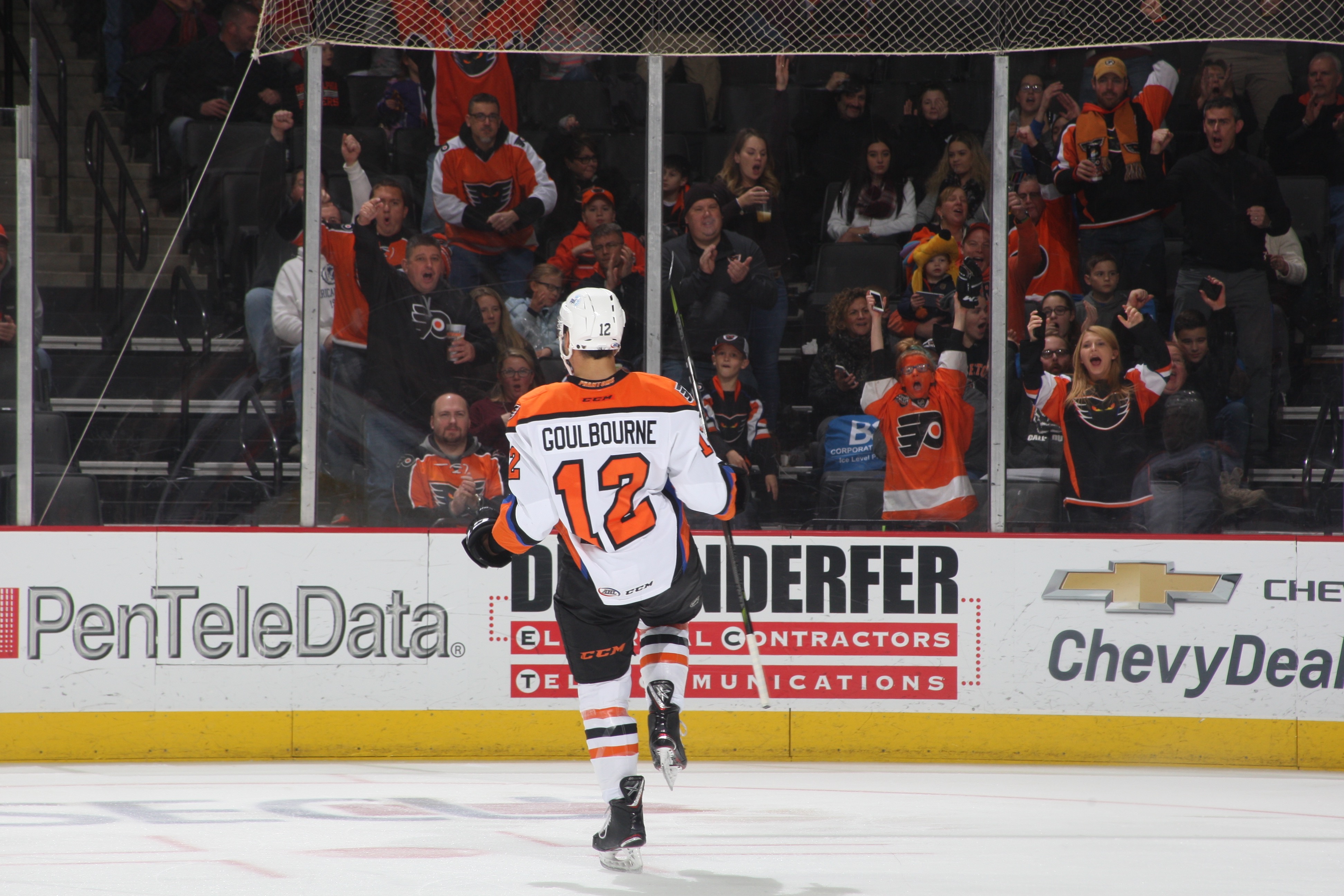 Lehigh Valley, PA – Nic Aube-Kubel posted a career-high three assists and the Lehigh Valley Phantoms scored five goals for the sixth time in their last nine games in earning a thrilling 5-4 victory over the rival Hershey Bears Friday evening in front of 7,046 fans inside PPL Center. With the win, the Phantoms improved to 15-7-1-2 overall this season as they increased their Atlantic Division-leading standings points total to 33. 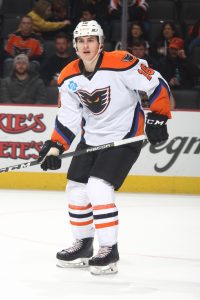 Friday’s outing capped a season-high six-game home stand for Lehigh Valley in which the team went an impressive 4-1-1 and poured in a ridiculous 25 goals during the six-game home stretch. The Phantoms are now 8-3-1-1 at PPL Center this season as they earned their sixth win over the team’s last nine games.

Friday’s victory was also the second straight against Hershey following a 7-2 win over the rival Bears last Friday in downtown Allentown. Through the first five head-to-head collisions, Lehigh Valley is 4-1 against Hershey and has outscored the Bears 24-17. The Pennsylvania rivals will complete a home-and-home weekend series Saturday at Giant Center.

Greg Carey (13th), Phil Varone (8th), Mike Vecchione (7th), Tyrell Goulbourne (5th) and Adam Comrie (1st) all found the back of the net for Lehigh Valley Friday in front of goaltender Dustin Tokarski who improved to 7-1-2 this season after turning aside 19 of Hershey’s 23 total shots.

Carey is now just one goal shy of Danick Martel for the team lead in goals scored as the 27-year-old winger has caught fire in recent weeks having produced eight goals over his last eight games. Meanwhile, Goulbourne’s tally was third over the last four outings as he extended his scoring streak to a career-best four straight games. First-year defenseman James de Haas also chipped in a pair of assist Friday evening as 11 different Phantoms notched at least one point in the victory. 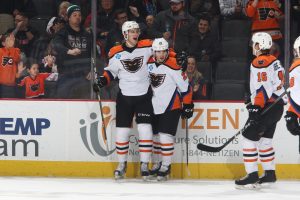 Friday’s win also continued another impressive streak for Lehigh Valley as the team’s penalty kill didn’t allow a power play goal against for the sixth straight outing. In fact, the Phantoms haven’t allowed a man-advantage marker since a November 24 clash at Springfield and have now successfully thwarted 23 consecutive power play opportunities for their opponents. Lehigh Valley didn’t allow a single power play goal against during its six-game home stand going a perfect 20-for-20 when skating shorthanded.

The Phantoms opened the scoring just over four minutes into the contest when an aggressive and physical forecheck by Colin McDonald produced a takeaway in the attacking zone that led to a centering pass in the slot for Goulbourne who made no mistake in driving home his fifth goal of the season and third conversion over the last four games. McDonald collected the only assist on the even-strength strike netted 4:09 into the opening period, which marked the fourth consecutive game in which Lehigh Valley has scored first and the 12th time overall the Phantoms have landed the game’s opening goal. Lehigh Valley is now 9-1-1-1 when scoring first this season. 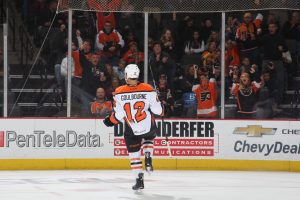 Hershey leveled the contest with just under three minutes remaining in the first period when good work below the goal line by Anthony Peluso and Mason Mitchell produced an opportunity atop the goal crease for John Albert who deftly converted his second goal of the year. Peluso and Mitchell assisted on the five-on-five tally scored 17:17 into the opening frame.

The Phantoms bounced right back though and re-gained the lead less than two minutes later when physical play at the blue line by Aube-Kubel and Martel forced a puck into the slot for Comrie who promptly snapped in his first goal of the season. Aube-Kubel and Martel garnered assists on the even-strength marker scored 19:02 into the first stanza.

Lehigh Valley was then able to swell its advantage to a 4-1 edge thanks to a pair of goals in the second period. First, Vecchione sniped in a brilliant wrist shot from the right wing for his seventh goal of the year 4:13 into the middle stanza with assists from Aube-Kubel and Mark Friedman. Then, Aube-Kubel collected his third helper of the night 15:47 into the middle period when he set up Varone cruising down the slot who made no mistake in chipping home his eighth goal of the season. James de Haas grabbed the secondary assist on the even-strength strike. 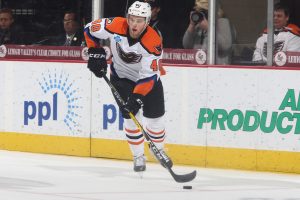 The Phantoms added to their lead early in the third period when an odd-man rush led to a one-time opportunity for Carey on the right wing who promptly blasted home his 13th goal of the season. de Haas garnered the only assist on the five-on-five tally scored just 1:24 into the final frame of regulation.

Hershey remained resilient and pushed back with three goals in the final period, including conversions from Lucas Johansen (1:54), Mathias Bau (6:10) and Aaron Ness (17:32), but Lehigh Valley’s defense weathered the storm in sealing the 5-4 triumph.

The Phantoms cap this week’s action on Saturday when the team travels to Giant Center in Hershey for a 7:00 p.m. rematch with the Bears.