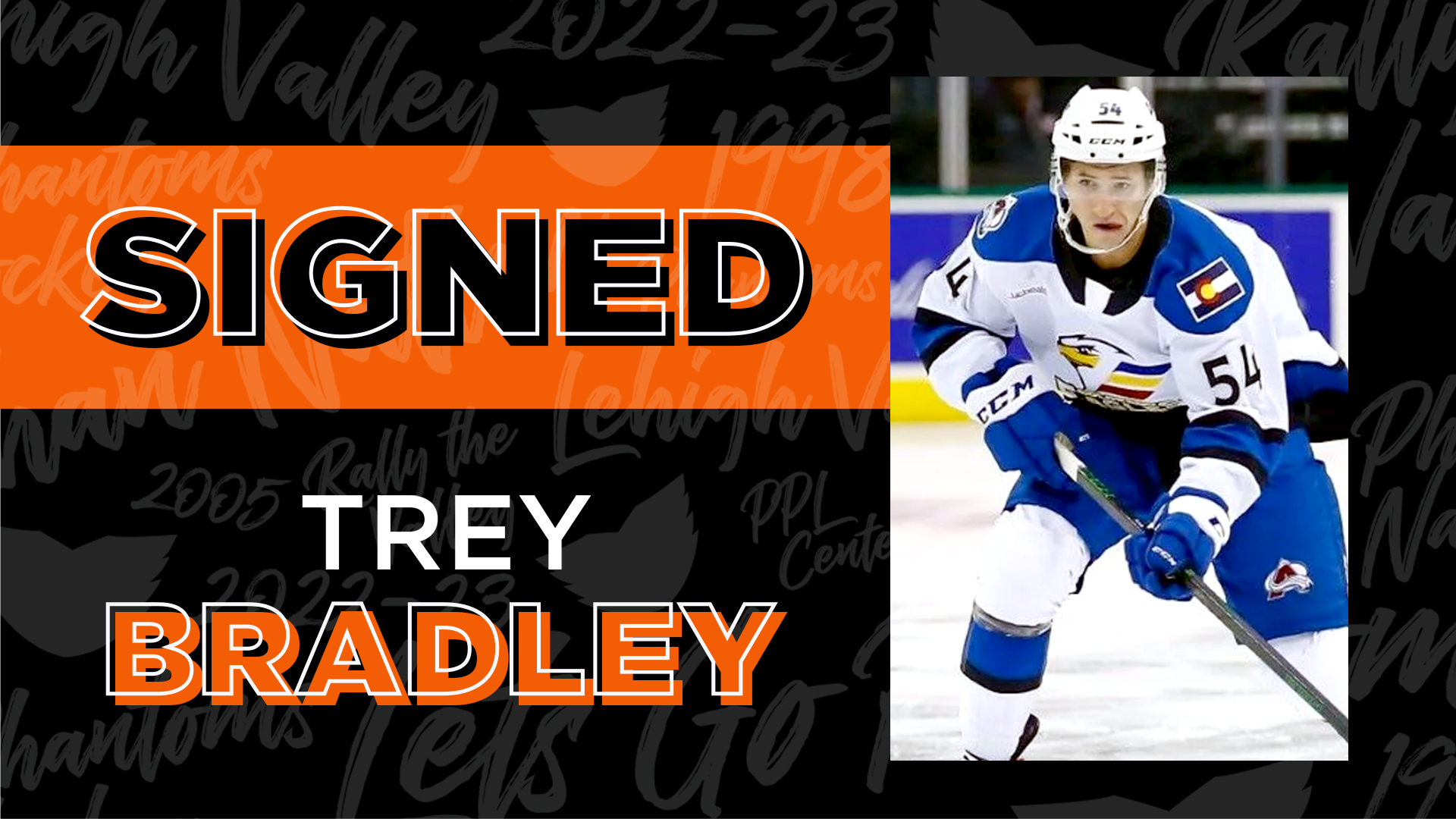 Lehigh Valley, PA – The Lehigh Valley Phantoms have announced that forward Trey Bradley has been signed to an AHL contract for the 2022-23 season.

Bradley, 26, is a left-handed shooter from Tampa, FL who is 5-11. Last season, Bradley played in 10 games with the Colorado Eagles of the AHL where he recorded four assists while also suiting up for 38 games with the Utah Grizzlies of the ECHL where he scored 18 goals with 28 assists for 46 points. He served as captain of the Grizzlies last year.

He is the son of two-time NHL All-Star and 13-year veteran Brian Bradley who played in 651 NHL games with Calgary, Vancouver, Toronto and Tampa Bay. Brian registered 503 points in his NHL career on 182 goals with 321 assists. Brian Bradley was also the first star player with the expansion Tampa Bay Lightning in 1992-93 when he cranked up 42 goals and he continues to work with the Lightning as an analyst during television broadcasts. 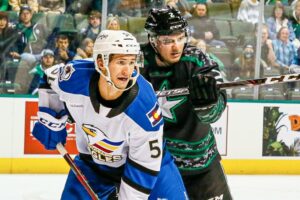 Trey Bradley is a Colorado College Tigers product who has played in 151 games in the ECHL over the last three seasons scoring 42 goals with 85 assists for 127 points during his stints with the Newfoundland Growlers and Utah Grizzlies. He also has 12 career games in the AHL with the Toronto Marlies and Colorado Eagles.