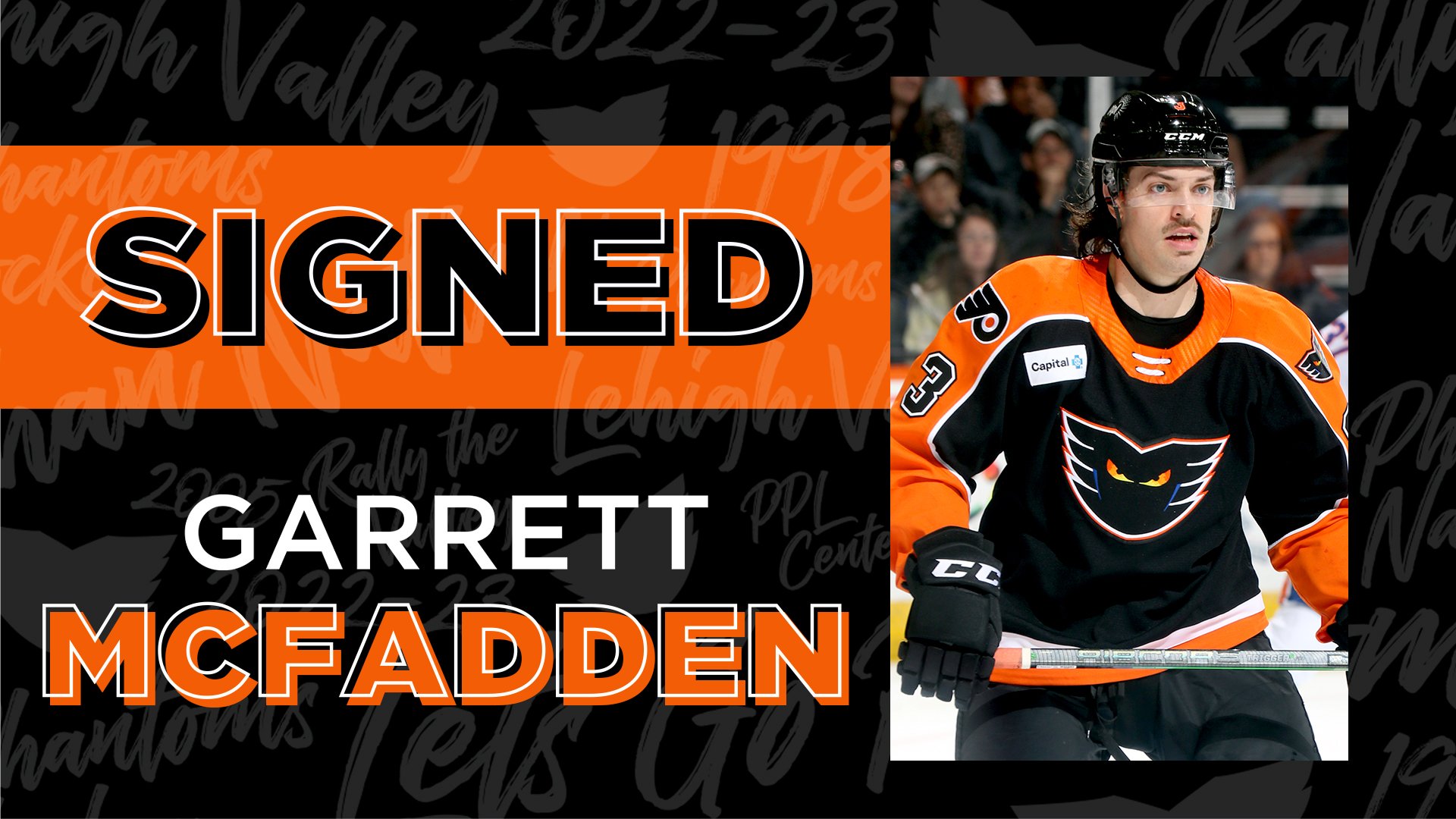 Lehigh Valley, PA – The Lehigh Valley Phantoms have announced that they have signed defenseman Garrett McFadden to an AHL contract for the 2022-23 season.

McFadden, 25, originally signed with the Phantoms and was subsequently loaned to the Reading Royals on January 3, 2022 after beginning the season with Acadia University in Nova Scotia. He played in four games with the Phantoms as well as 28 games with Reading where he scored three goals with 10 assists for 13 points.

He made his Phantoms’ debut on March 25, 2022 at the Laval Rocket and later made his PPL Center debut on April 13, 2022 in a game against the Hershey Bears. McFadden was with the team for much more than just his four games on the ice participating in practices and primarily serving as the seventh available defenseman for the final weeks of the season. 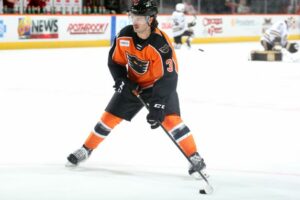 “I liked what I saw,” Phantoms head coach Ian Laperriere said. “Nothing flashy. He didn’t go out there and get impressed by what was going on [at this level]. He played his game. He’s got some physicality to his game a little bit. He moves the puck well and he’s not afraid to jump up. That’s a guy I’m looking forward to seeing in camp and also seeing a little bit more out of him.  The games he played, he played well for us.”

The slick-moving, lefty shooter from Owen Sound, Ontario is 5-11. He played Major Juniors with the Guelph Storm in the Ontario Hockey League where he was teammates with Isaac Ratcliffe. McFadden and Ratcliffe both wore the “C” for the Guelph Storm with McFadden serving as captain in 2016-17 and 2017-18 (while Ratcliffe wore an “A”) followed by Ratcliffe accepting the team’s leadership role in 2018-19.

McFadden won the Dan Snyder Memorial Award as the OHL’s Humanitarian of the Year in consecutive seasons in 2017 and 2018 accepting the honor at the Hockey Hall of Fame in Toronto. On the heels of his new program “McFadden’s Movement” in support of youth mental health awareness, McFadden became the first player in OHL history to win the award twice.

He played in 292 career games with Guelph scoring 32 goals with 115 assists for 147 points while also winning an OHL Championship as a rookie in 2014. He rates third all-time in Guelph Storm history in games played.

He played for four games in the AHL with the Laval Rocket at the end of the 2017-18 season after which he opted to play collegiately for three seasons at Acadia.