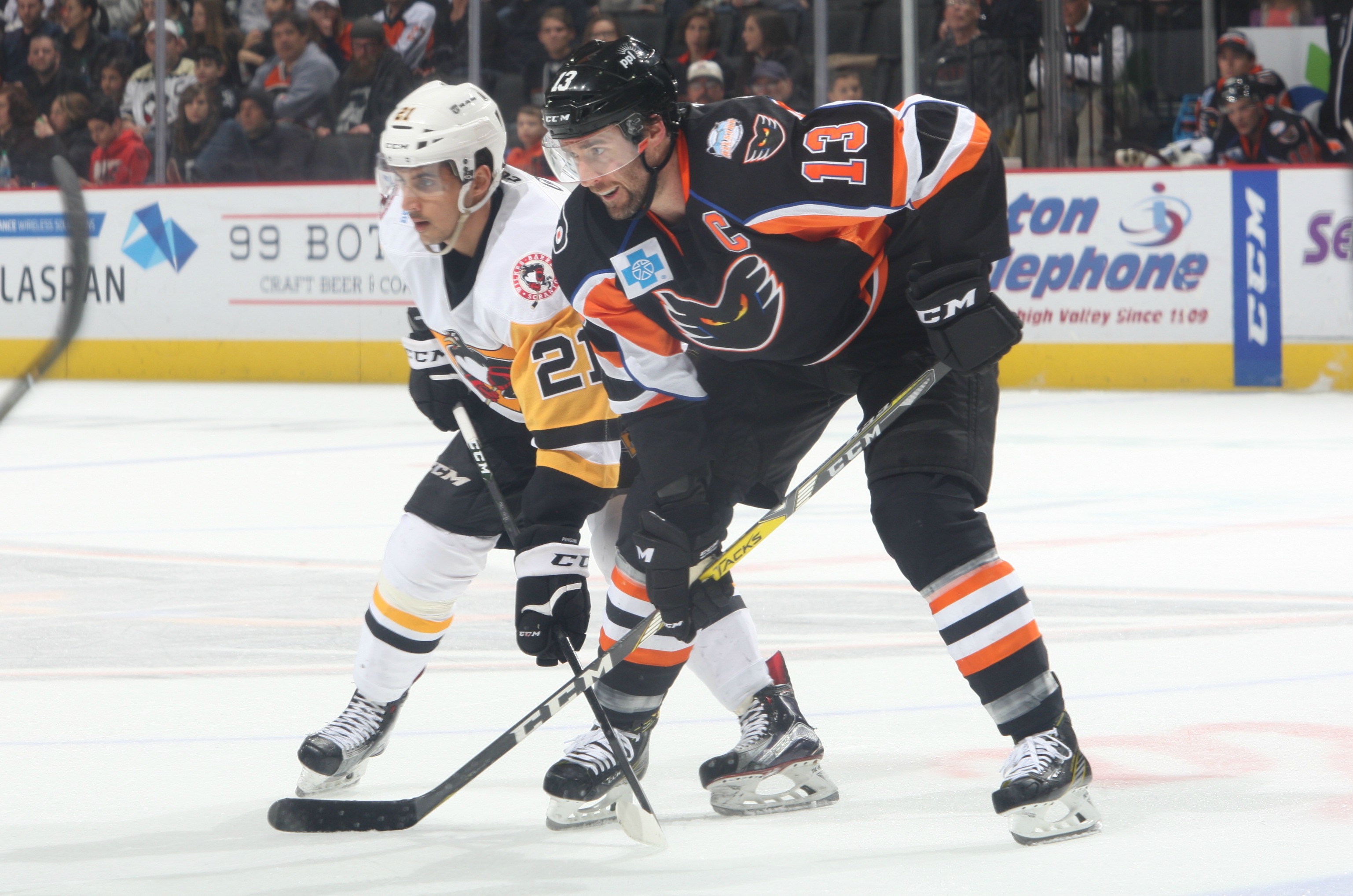 Lehigh Valley, PA – Lehigh Valley Phantoms’ goaltender Anthony Stolarz turned in a strong 29-save performance Friday evening but the visiting Wilkes-Barre/Scranton Penguins were able to escape PPL Center with 3-0 win in front of 7,215 raucous fans in downtown Allentown. With Friday’s outcome, the Phantoms moved to 44-23-5 overall this year. 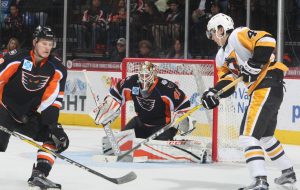 With Friday’s results across the AHL, Lehigh Valley’s magic number (standings points needed to guarantee a berth in the 2017 Calder Cup Playoffs) remained at just five and the Phantoms will have an opportunity to punch their ticket to the postseason with a win in Saturday’s 7:05 p.m. tilt with the Springfield Thunderbirds at PPL Center coupled with a regulation loss by the Hershey Bears in their 5:00 p.m. clash at the Toronto Marlies. The Phantoms are looking to qualify for the playoffs for the 11th time in franchise history.

Fresh off a week-long stint with the Philadelphia Flyers, Stolarz was excellent between the pipes once again for Lehigh Valley as he registered his sixth straight start in which he tallied at least 29 saves. In the midst of his third professional campaign, Stolarz is now 18-9 overall this year with a 2.93 goals-against average coupled with a 0.911 save percentage. 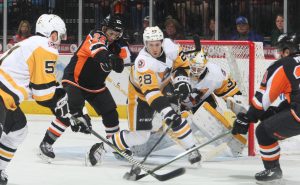 Oskar Sundqvist (2 goals, assist) and Ryan Haggerty (2 assists) paced the offensive effort for Wilkes-Barre/Scranton Friday evening in front of goaltender Tristan Jarry who notched his third shutout of the season (21 saves). David Warsofsky (16th) rounded out for the scoring for the visiting Penguins.

Neither side found the back of the net in the opening period despite a combined 22 shots on goal. Stolarz denied each of Wilkes-Barre/Scranton’s 15 first period offerings while Jarry turned aside the seven Lehigh Valley shots registered in the first frame.

The Penguins opened the scoring just over four minutes into the second period when a cross-ice pass from Haggerty connected in sync on the right wing with Sundqvist who promptly sizzled home his 19th goal of the season. Tim Erixon grabbed the secondary assist on the even-strength strike netted 4:19 into the middle stanza. 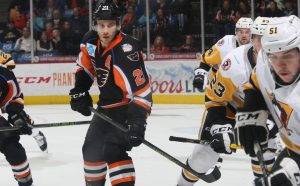 Wilkes-Barre/Scranton then doubled its advantage early in the third period when Sundqvist tallied his second conversion of the night and 20th of the year with a side-angle effort from the right wing half boards. Haggerty collected the only assist on the five-on-five marker scored 1:28 into the final frame.

The Penguins landed the final dent on the score sheet with just over three minutes left in regulation when, with Stolarz back to the Phantoms’ bench in favor of the extra attacker, Warsofsky converted his 16th goal of the season into a vacated Lehigh Valley net. Frank Carrado and Sundqvist assisted on the empty-net marker scored 16:39 into the third period.

Wilkes-Barre/Scranton out shot the Phantoms 32-21 Friday evening. Lehigh Valley was 0-for-2 on the power play while the Phantoms didn’t allow the visiting Penguins a single man-advantage opporutnity.

The Phantoms conclude this week’s action on Saturday, April 8 when they welcome the Springfield Thunderbirds, AHL affiliate of the Florida Panthers, to downtown Allentown for a 7:05 p.m. clash. Saturday’s game features a Phantoms Wall Cling Giveaway free to the first 2,500 kids 14 and under presented by PSECU. Saturday’s game is also the annual Canned Food Drive presented by Giant Food Stores with all donations going to the Second Harvest Food Bank of the Lehigh Valley.

A limited number of tickets remain for Saturday’s game and can be purchased HERE.