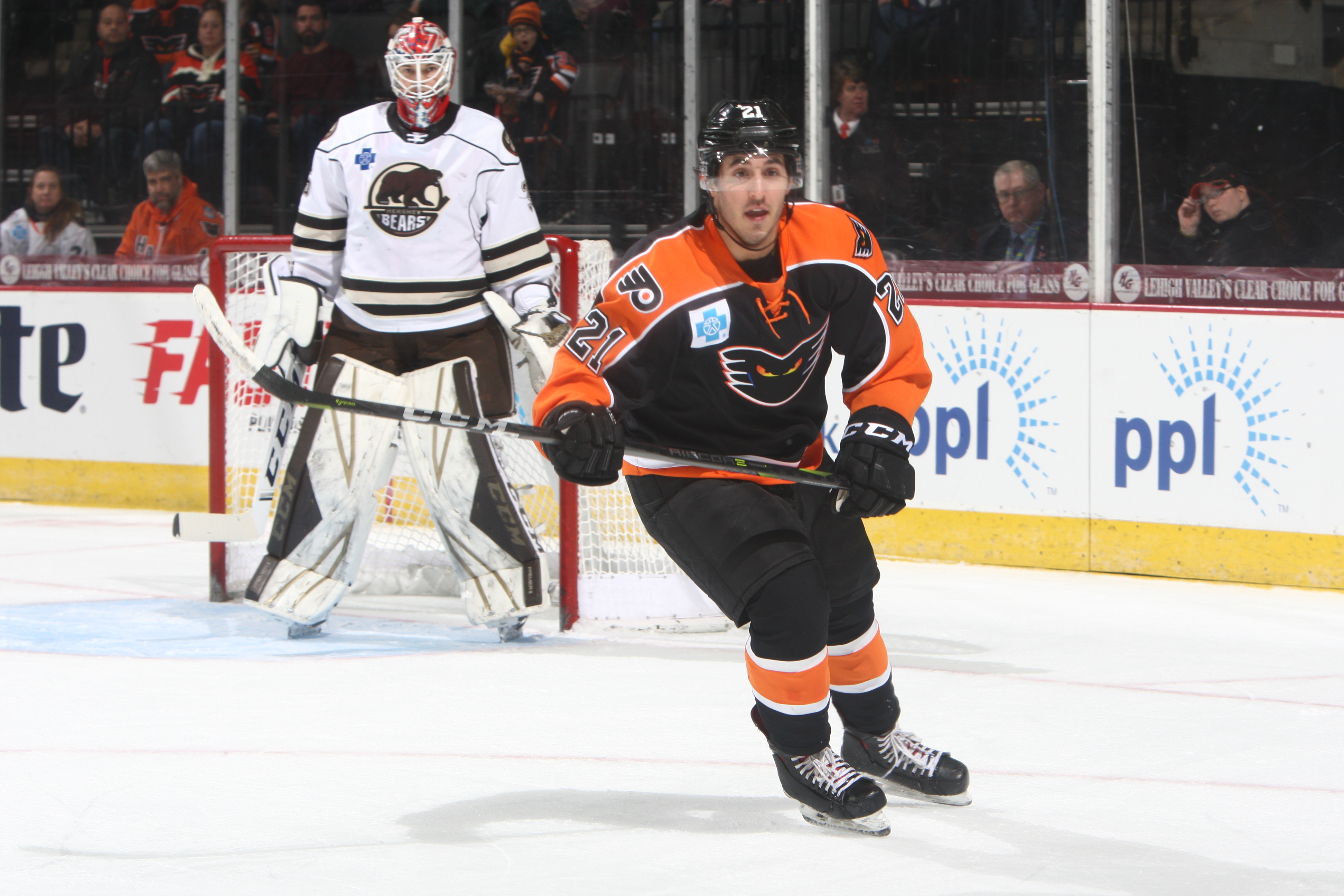 Lehigh Valley, Pa. – The Lehigh Valley Phantoms (20-14-1-2) sold out the PPL Center for the fourth game in a row as they hosted Girl Scouts Night but ultimately fell to the Hershey Bears 3-0. The loss ended a nine-game winning streak against the Hershey Bears at home and marked the Bears first win in PPL Center since April 5, 2017. The Phantoms will get a quick chance at redemption tomorrow night in Hershey.

Playing on back-to-back nights, Alex Lyon started the game strong for the Phantoms making 15 saves to keep things scoreless in the first. Hershey outshot Lehigh Valley 15-5 in the first period with the Phantoms two best chances coming on a Hershey power play, the second of which was a breakaway chance by Mike Vecchione who drew a holding penalty to end the man advantage early. 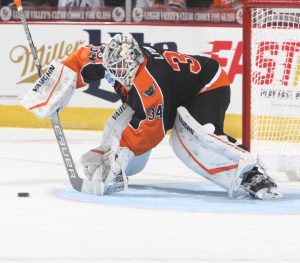 Hershey was finally able to beat Lyon three minutes into second period on their 18th shot of the game when Ryan Sproul corralled a pass from Juuso Ikonen and snapped a wrister over the glove of Lyon.

Things got chippy between these in-state rivals halfway through the second period. With Jayson Megna and Mark Friedman in the box after a scrum behind the net, Hershey was able to take a 2-0 lead during the 4-on-4. The Bears second-leading goal scorer, Riley Barber was able to bank a wraparound shot off the leg of a defender and over the line for his 14th goal of the season.

With another 4-on-4 opportunity, Riley Barber was once again able to take advantage of the open ice and scored his second goal of the game with an unassisted tally to give Hershey a 3-0 lead with 3:45 left in the second period.

Chris Conner brought the sold out crowd to their feet a couple times in the third period with great scoring chances but was unable to beat Samsonov who made 18 saves for his first AHL shutout.

The Hershey power play was 0/5 on the night while the Phantoms went 0/3.

NEXT TIME OUT: The Phantoms and Bears will quickly have a rematch tomorrow night at Giant Center in Hershey. Follow the action @LVPhantoms on Twitter, on AHLTV or the Phantoms365 App.