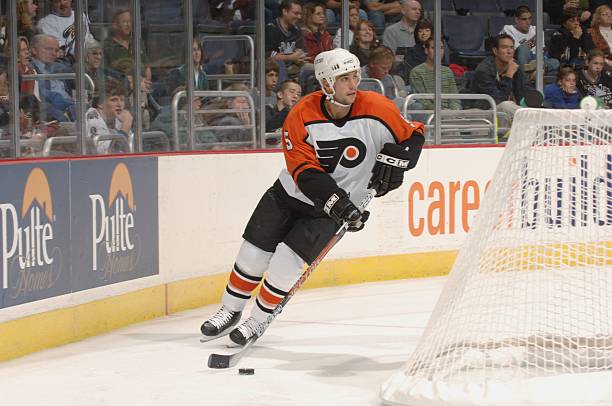 Lehigh Valley, PA – The American Hockey League has announced that Phantoms alum Nolan Baumgartner is part of the AHL Hall of Fame Class of 2022 along with Keith Aucoin, Dave Creighton and Bill Torrey. The class will be inducted on February 7, 2022 in Laval, Que. as part of the festivities at the 2022 AHL All-Star Classic.

Baumgartner spent the majority of his 16-year professional playing career in the AHL, appearing in 878 games and notching 83 goals and 307 assists for 390 points with the Portland Pirates, Norfolk Admirals, Manitoba Moose, Philadelphia Phantoms, Iowa Stars and Chicago Wolves. A standout two-way defenseman and well-respected leader, Baumgartner appeared in three AHL All-Star Classics and was selected an All-Star playing captain at the 2010 event. Baumgartner also accrued 29 points in 86 postseason games, which included an appearance in the Calder Cup Finals with Manitoba in 2009. The Calgary native, a first-round draft pick by Washington in 1994, served as an assistant coach for Vancouver’s AHL affiliates in Chicago and Utica for five seasons before being promoted to the Canucks in 2017.

The Phantoms return to PPL Center this Saturday, October 30 taking on the Syracuse Crunch in the debut of “Saturday Night Hockey Live.” Kendal Conrad will be performing at the second intermission. Tickets are available HERE