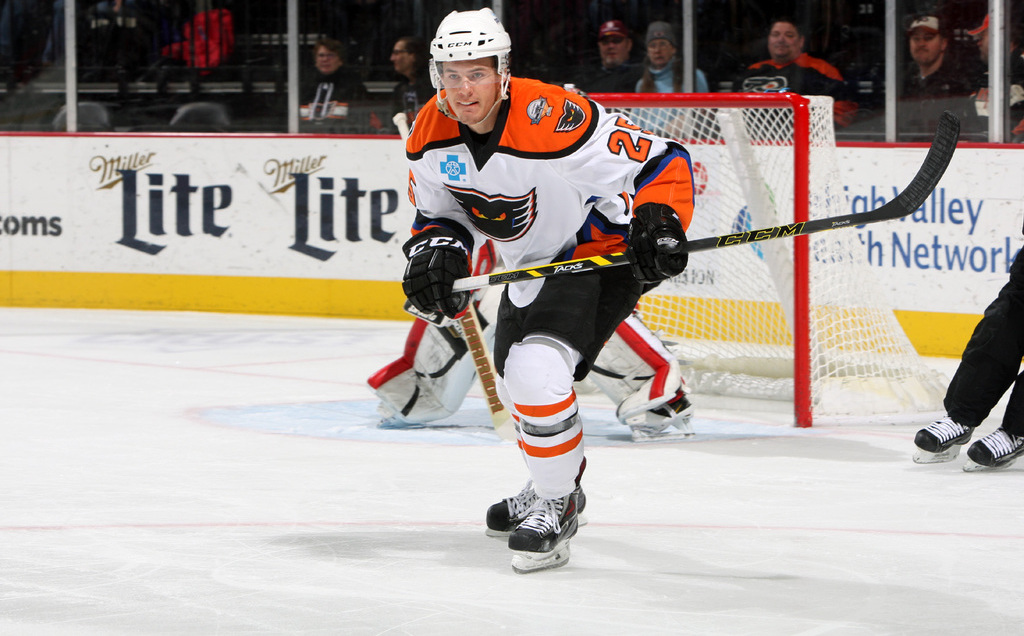 Lehigh Valley, PA – The American Hockey League announced today that Nick Cousins has been named CCM/AHL Player of the Week for the period ending March 15, 2015. 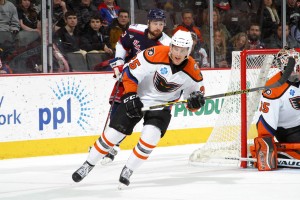 A 21-year-old center from Belleville, Ontario, Cousins recorded four goals, two assists, six points, 13 shots on goal and a plus-four rating as the Lehigh Valley Phantoms earned three victories over a busy four-day span. The week began with Cousins’ second hat trick this season as the 5’11”, 177-pound pivot matched a season-high with four points (3 goals, assist) as part of Lehigh Valley’s 4-3 victory over the Toronto Marlies on Wednesday. The hat trick-capping conversion came with just 2:22 left in regulation and was landed via the first penalty shot attempt in Lehigh Valley Phantoms history.

After being held without a point in Friday’s 2-1 shootout win at the Providence Bruins on Friday, the second-year pro then returned to the score sheet on Saturday with a goal and an assist as the Phantoms earned a come-from-behind 4-2 triumph over the Bridgeport Sound Tigers. After the productive week, Cousins earned his first NHL call up when the Philadelphia Flyers recalled the former third-round selection late Saturday evening.

The 68th overall selection in the 2011 NHL Entry Draft, Cousins is currently tied for fifth among all AHL skaters in scoring with 55 points and leads all Phantoms with 21 goals and 34 assists.

Coming off a sweep of its three-game road swing last week, Lehigh Valley continues its five-game road trip this weekend when the Phantoms head to Hartford on Friday evening for a showdown with the Wolf Pack before traveling to Worcester to face off against the Sharks on Saturday.

The Phantoms then return to PPL Center on Sunday, March 22nd when they welcome the rival Wilkes-Barre/Scranton Penguins to downtown Allentown. Sunday’s contest features a Youth Street Hockey Stick Giveaway to the first 3,000 kids in attendance ages 14 and under. A limited number of tickets for Sunday’s highly-anticipated match are available now online at pplcenter.com, by calling 610-347-TIXX (8499) or in-person at the Mealey’s Furniture Box Office at PPL Center (701 Hamilton).