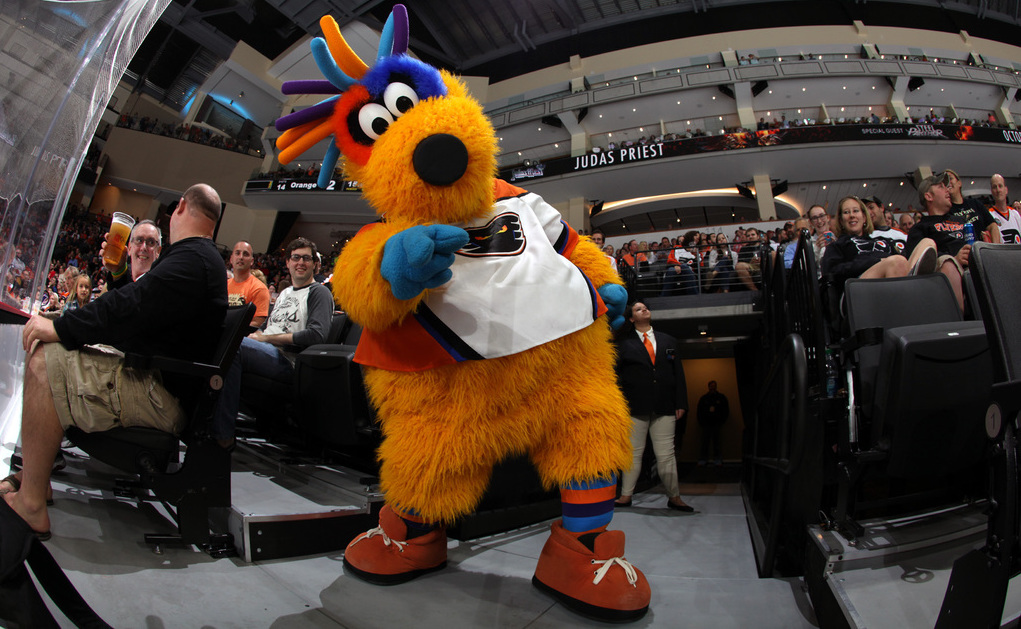 Lehigh Valley, PA – Maybe it was his deft footwork during the Thriller dance. Or possibly it was his pinpoint accuracy with the t-shirt cannon. Or it could have been his acrobatic display on the balance beam. 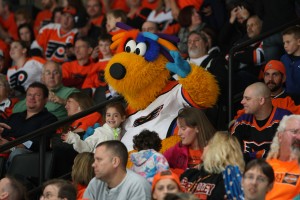 For all of those reasons and countless more, meLVin, the mascot of the Lehigh Valley Phantoms and the last known Puck-Nosed Pladottle, has been named to the 2015 AHL All-Star Classic.

“meLVin is beyond excited to be recognized as an All-Star mascot,” said Phantoms Director of Fun and meLVin’s translator Andrew Hill. “He couldn’t be more proud to represent the Phantoms and the entire Lehigh Valley at this year’s All-Star festivities. It’s a testament to the energy and excitement meLVin brings to the PPL Center each and every night to be recognized with such an honor in his very first season.”

Since signing with the Phantoms on August 12, 2014, meLVin has quickly become a local celebrity visiting schools, hospitals, and various events across the Lehigh Valley in addition to bringing his signature style of fun and excitement to Phantoms home games at PPL Center. 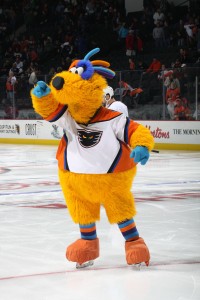 “This is a big month for meLVin,” Hill said. “Obviously he’s excited about his birthday bash at PPL Center later this month (January 30) and now this incredible honor. I can only imagine the amount of popcorn meLVin plans to eat in celebration of this tremendous accomplishment!”

For a look at some of meLVin’s highlights through the first half of the 2014-2015 season, click here.

The 2015 AHL All-Star Classic presented by Turning Stone Resort & Casino is set for January 25 and 26 in Utica, New York.