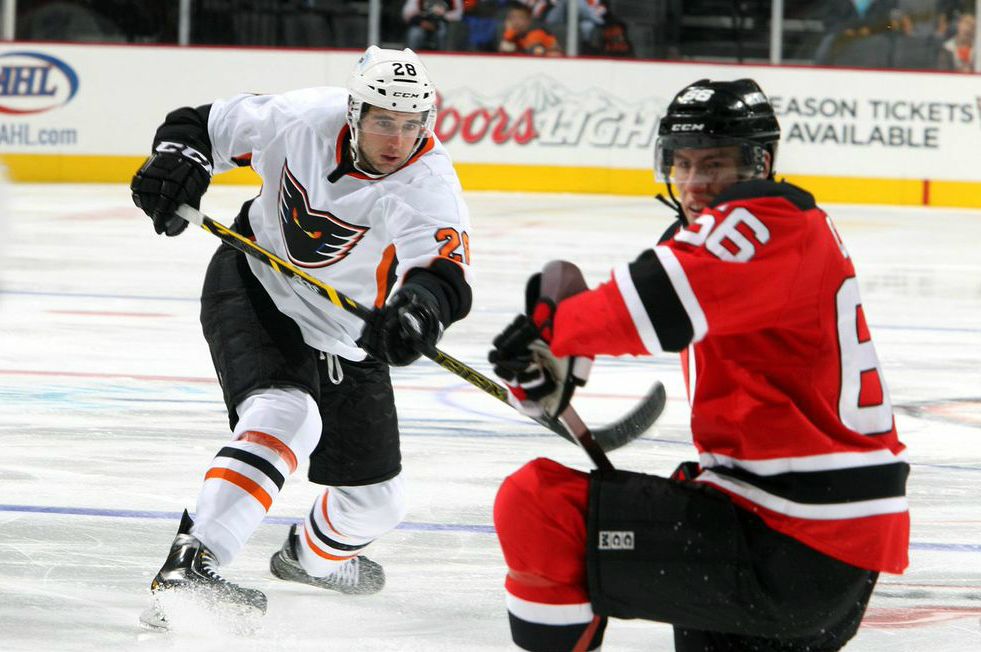 The Phantoms return to action tonight when they welcome the rival Wilkes-Barre/Scranton Penguins to PPL Center for a 7:05 PM showdown. Tickets are still available at the Mealey’s Furniture Box Office at PPL Center (701 Hamilton) by calling 610-347-TIXX (8499) or online at pplcenter.com. 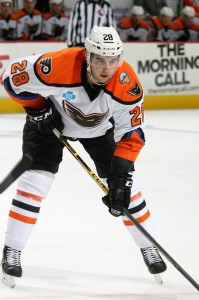 A native of Prince George, British Columbia, Manning is in the midst of his fourth professional season and has already compiled 20 goals, 73 points and 447 penalty minutes in 194 career professional games between the Phantoms (Adirondack/Lehigh Valley) and Flyers. He made his professional debut on December 3, 2011 and made his NHL debut on March 8, 2012 when Philadelphia earned a 5-0 victory over the Florida Panthers. All told, Manning has enjoyed 10 career games with the Flyers during which he’s produced two assists. He spent the entirety of last season with the Phantoms where he compiled eight goals, 31 points and 231 penalty minutes in 73 games.

Meanwhile, Lamarche, a native of Laval, Quebec, split time last season between the Phantoms and Elmira Jackals (ECHL). In 12 games with Adirondack, he managed one assist and seven penalty minutes while he compiled three goals, eight points and 38 penalty minutes in 50 outings with Elmira. Lamarche is in the midst of his second professional season and will wear jersey number 44 tonight when the Phantoms host Wilkes-Barre/Scranton.

Following tonight’s showdown, the Phantoms return to action this Saturday, November 1 when Lehigh Valley welcomes the Hartford Wolf Pack to PPL Center for the first time this season. Tickets for Saturday’s contest are available now.