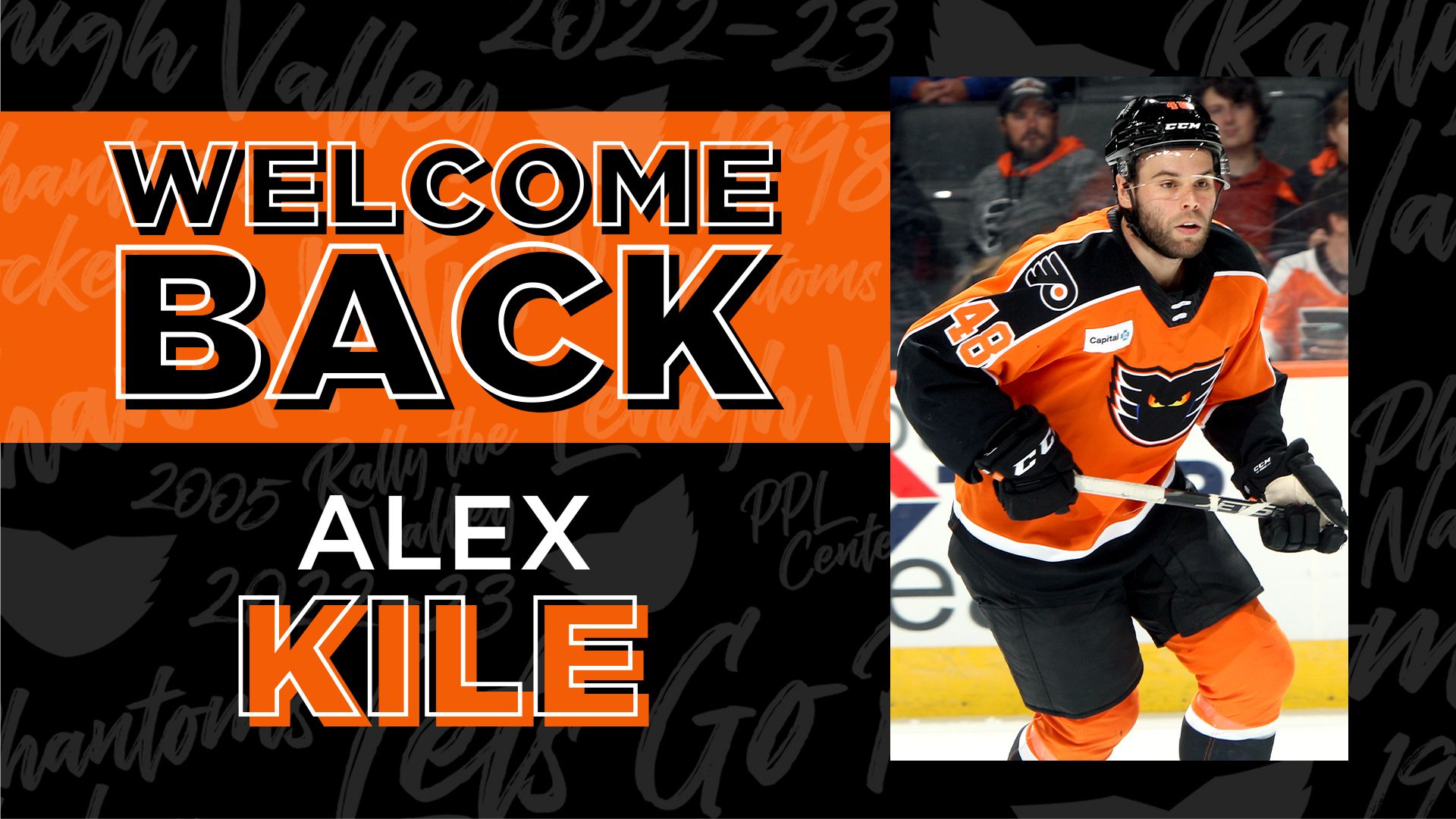 Impressed After Joining Team in January

Lehigh Valley, PA – Forward Alex Kile is returning to the Lehigh Valley Phantoms in the 2022-23 season via an AHL contract.

Kile, 28, played in 27 games with the Phantoms after signing with the team on January 14, 2022. He scored his first goal as a Phantom just two days later on January 16, 2022 against the Toronto Marlies. Kile scored four goals and had three assists for seven points for the Phantoms in 2021-22. He also played in 11 games for the Maine Mariners of the ECHL where he scored 9-9-18. 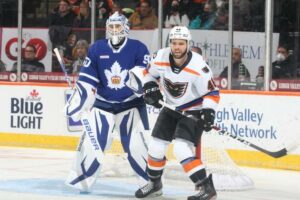 Kile was used on the power play and proved to be a valuable depth option for Ian Laperrière’s contingent.

“He’s a good guy and a guy who plays hard and gave us good minutes,” Laperrière said. “He’s a guy that is dominant in the ECHL. For whatever reason, he had a hard time finding a full-time job at the AHL level. But last year, with all the injuries we had, he gave us good hockey.”

“He’s a smart player and he knows I like him and I think that’s another reason why he chose us,” Laperrière said. “He could have picked any other team. But even with the depth we will have this year, with all the young guys coming up and the free agents that we signed from other teams, he knows that the staff likes him. We know what he can do for us and that’s why he made the decision to come back to us.”

The Troy, Mich. native and former University of Michigan captain has played in 78 career games in the AHL with Lehigh Valley, Laval, Hartford, Utica and Rochester scoring a combined 12 goals with six assists for 18 points.

Kile has also played in 205 career games in the ECHL scoring 78 goals with 90 assists for 168 points. In 2018, he was the first player signed in the franchise history of the new Maine Mariners where he played for current Phantoms assistant coach Riley Armstrong. He has also seen AHL stints with the Florida Everblades and Cincinnati Cyclones. Kile was second on the Florida Everblades in scoring in 2020-21 where he played while the Maine Mariners had opted out of the season. He posted a career-high 25 goals and 51 points helping the Everblades to the Brabham Cup regular season crown.