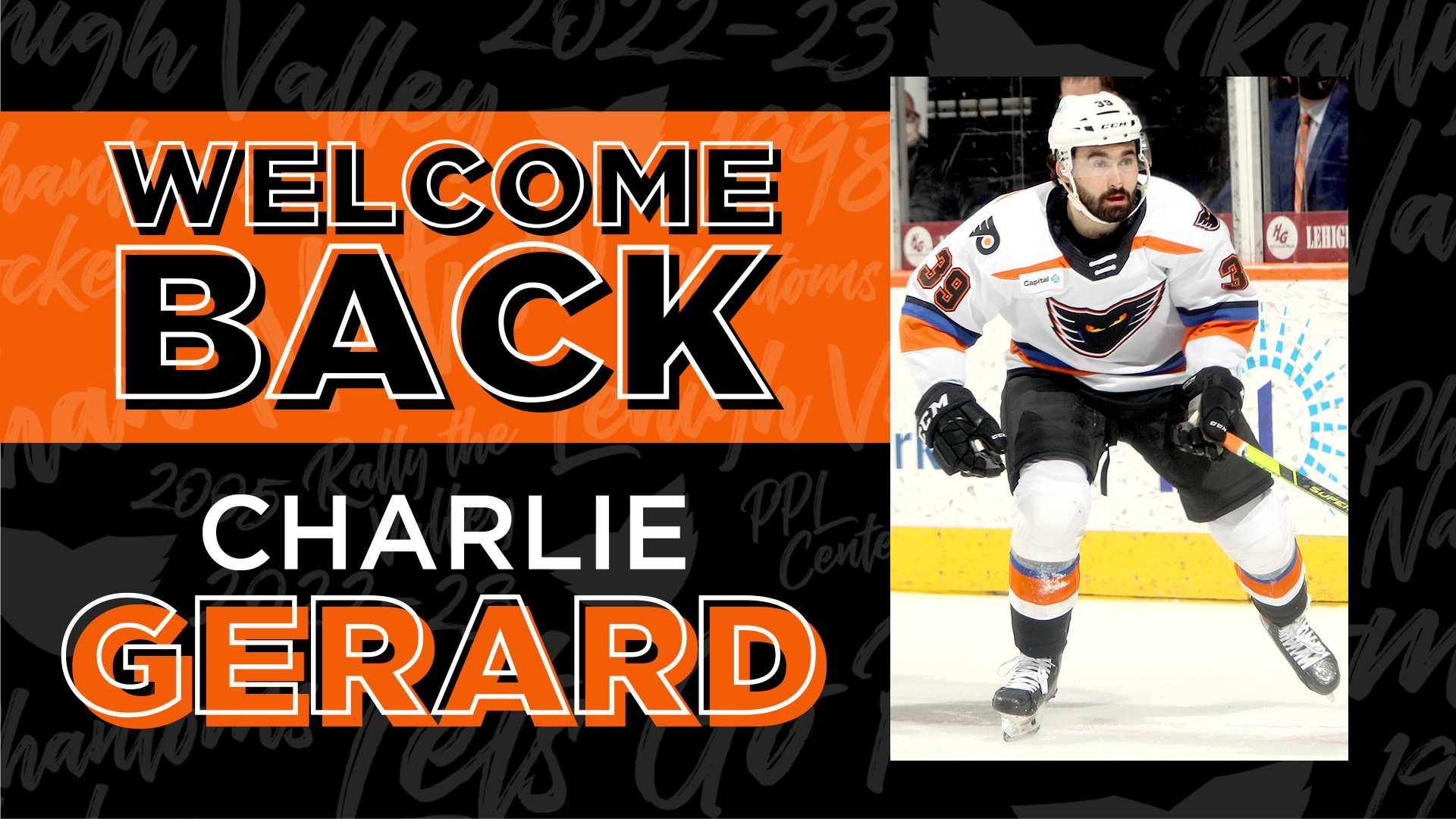 Lehigh Valley, PA – The Lehigh Valley Phantoms have announced that forward Charlie Gerard has been re-signed to an AHL contract for the 2022-23 season.

The right-handed shooting forward scored six goals with six assists for 12 points with the Phantoms last season while suiting up in 55 games.

Gerard, 26, was a veritable swiss-army knife who could fill a variety of different roles for head coach Ian Laperrière’s Phantoms in a season that saw him play anywhere from fourth and third-line center to top-line right wing.

“That’s another guy that I’m happy is coming back to us because he’s another guy who will be part of our depth,” Laperrière said. “You can’t go through a 72-game season without injuries. You need guys like Gerard and I know what to expect when I put him in the lineup because he played for me last year.” 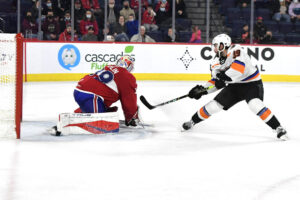 Gerard received a recall from the Reading Royals on November 11 and made his Phantoms debut on November 19 at Rochester. He was a mainstay in the lineup for the rest of the season.

As Laperrière learned more about the type of valuable and flexible player he had with Gerard, new roles for the AHL rookie were tried when injuries to other players created opportunities.

“That’s a guy who was in the ECHL the year before. Then this season he played much of the year on a top line with Cal O’Reilly,” Laperrière said. “I talked to him this summer. He’s a guy who knows I like him and I respect him. I respect where he’s coming from and he’s just a pleasure to coach. He never has any push-back. You tell him something and he will do it to his best and he believes in the structure.”

This is the third professional season for the Rocky River, Ohio product. He began last season with the Reading Royals of the ECHL scoring 2-2-4 in eight games. During the 2020-21 season, he played 49 games for the Utah Grizzlies of the ECHL where he scored 20 goals with 14 assists to finish second on the team in scoring. He also played in eight games with the AHL’s Colorado Eagles that season scoring one goal.

Gerard has played in a combined 120 professional games scoring 29-22-51 which includes 63 AHL games with Lehigh Valley and Colorado where he has scored 7-6-13 along with 57 career ECHL games in Utah and Reading accumulating 22-16-38.

The Minnesota State alum played four years with the Mavericks who were frequently rated #1 in NCAA hockey during his time with the prestigious program and highly regarded head coach Mike Hastings. His collegiate career encompassed 121 games through which he scored 30 goals with 40 assists for 70 points.