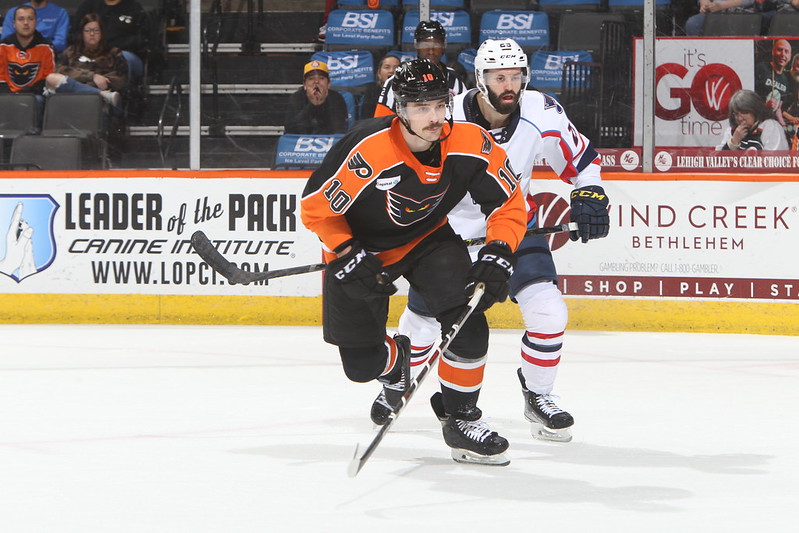 The Philadelphia Flyers have signed forward Tanner Laczynski to a two-year, two-way/one-way contract according to President of Hockey Operations and General Manager, Chuck Fletcher.

Laczynski, 25, posted seven goals with 10 assists for 17 points in 28 games with the Lehigh Valley Phantoms in the 2021-22 season. He also appeared in one game with the Flyers at the end of the season. 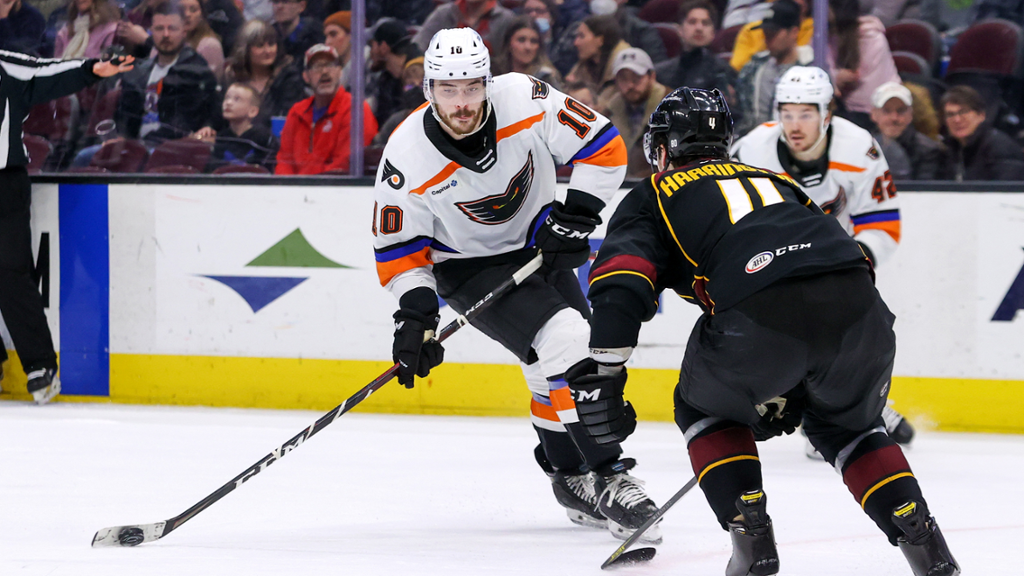 In total, Laczynski has played in 42 games for the Phantoms scoring 13 goals with 14 assists for 27 points. He has also played in six career NHL games with the Flyers. His first two seasons as a pro have been shortened by injuries. Last year, Laczynski did not even play his first game until February after undergoing hip surgery the previous September.

His NHL debut came shortly after a torrid stretch with the Phantoms which included a hat trick at the Binghamton Devils on March 26, 2021 that was capped by a spectacular winning goal in the third period on a shorthanded breakaway in which he maneuvered the puck backwards between his skates before flicking the shot to the upper-right corner. Just five days earlier, Laczynski had scored his first career professional goal and then added an overtime winner against the Wilkes-Barre/Scranton Penguins in a game at PPL Center on March 21, 2021.

Prior to turning professional, Laczynski spent four seasons at Ohio State University where he compiled 143 points with 48 goals and 95 assists through 138 games. He served as alternate captain in his senior year and led the team in scoring with 34 points, which tied for 3rd in the Big Ten Conference, and 23 assists, which ranked second in the conference. Laczynski was a driving force on the Ohio State team that won the Midwest Regional of the NCAA Tournament at PPL Center in 2018 in which the Buckeyes advanced to the Frozen Four for the first time in 20 years.

He led Ohio State in scoring in two of his last three seasons and was named First Team All-Big Ten in 2018 and is a two-time Academic All-Big Ten selection and three-time Ohio State Scholar-Athlete.

A native of Shorewood, Illinois, Laczynski has represented the United States internationally. He helped the U.S. win a gold medal at the 2017 IIHF World Junior Championships, appearing in all seven games and recording two points (1g-1a). He also earned a bronze medal at the Hlinka/Gretzky Tournament.