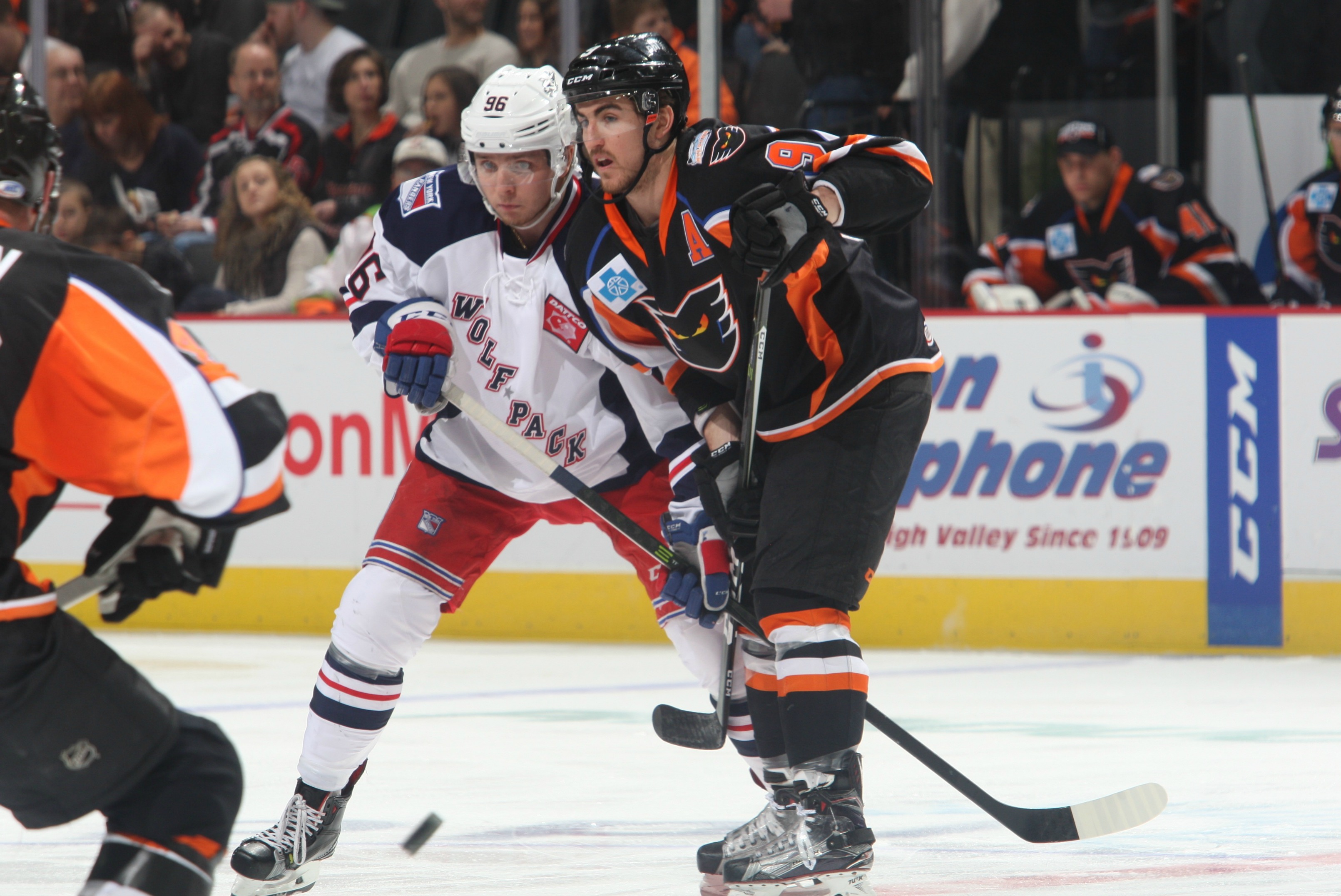 Lehigh Valley, PA – The Lehigh Valley Phantoms produced a jaw-dropping 44 shots on goal Friday evening, including a season-high 25 in the third period, but the visiting Hartford Wolf Pack were able to hang on for a 3-2 decision in front of 8,520 fans at PPL Center. Mark Alt (1st) and Scott Laughton (12th) found the back of the net for the Phantoms as they moved to 32-16-2 overall this season and remained in sole possession of second place in the tightly-contested Atlantic Division. 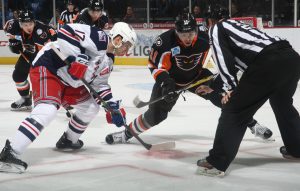 All told, the Phantoms out shot the Wolf Pack 44-18 in the game and absolutely dominated the final 40 minutes of Friday’s contest outshooting Hartford 36-8 in the final two periods. Lehigh Valley’s 44 shots were good for the fourth-most shots on goal the Phantoms have produced this season.

For Alt, he became the 21st different Lehigh Valley skater to find the back of the net with Friday’s conversion. Meanwhile, Laughton returned to the Phantoms’ lineup after missing the last two games due to injury and continued his torrid scoring prowess of late converting his ninth goal and 13th point over his last 16 games. 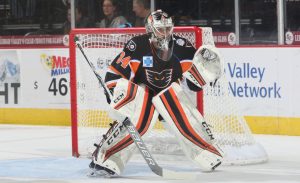 Goaltender Alex Lyon moved to 20-10-2 overall this season after 15 saves on 18 Wolf Pack shots while Hartford’s Brandon Halverson earned the win for the visiting Wolf Pack with an impressive 42-save performance.

The Wolf Pack opened the scoring less than three minutes into the second period when a three-on-two rush resulted in Hrivik’s 11th goal of the season. Justin Fontaine and Chris Brown assisted on the even-strength strike converted 2:39 into the middle frame. Hrivik’s conversion marked his eighth point in 10 games since returning to the Wolf Pack after a 16-game stint with the New York Rangers.

Hartford doubled its lead just over five minutes into the third period when, while on the power play, Jensen blasted home his team-leading 22nd goal of the season. McRae and Mat Bodie assisted on the man-advantage marker tallied 5:20 into the final frame. 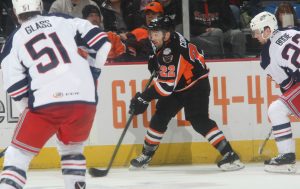 The Phantoms simply wouldn’t back down though and their resiliency paid off just over a minute later when Alt blasted home his first goal of the season with a booming one-timer from the left point. Will O’Neill and Corban Knight assisted on the five-on-five conversion poured in 6:55 into the third period.

Hartford was able to re-establish its two-goal advantage with just under six minutes remaining in regulation when McRae spun a shot from below the right wing faceoff circle that deflected off a Phantoms skate atop the goal crease before sliding into the back of the cage. Robin Kovacs and Tommy Hughes assisted on the eventual game-winning tally scored 14:13 into the final frame.

The Phantoms weren’t about to go away quietly though as Lehigh Valley sliced the Wolf Pack’s edge back to a single goal less than three minutes later when, with Lyon back to the bench in favor of the extra attacker, Laughton snapped home his 12th goal of the year. Travis Sanheim and Colin McDonald assisted on the extra-attacker tally that brought the capacity crowd at PPL Center into a frenzy.

The Phantoms continued to push until the dying moments of the game but Halverson and the Wolf Pack were able to cling to a one-goal decision.

The Phantoms continue this week’s action on Saturday when they welcome Hartford pack to PPL Center for a 7:05 p.m. showdown. Saturday’s game, which is presented by Lehigh Valley Health Network, is 90’s Night and only a limited number of tickets remain, which can be purchased online HERE.