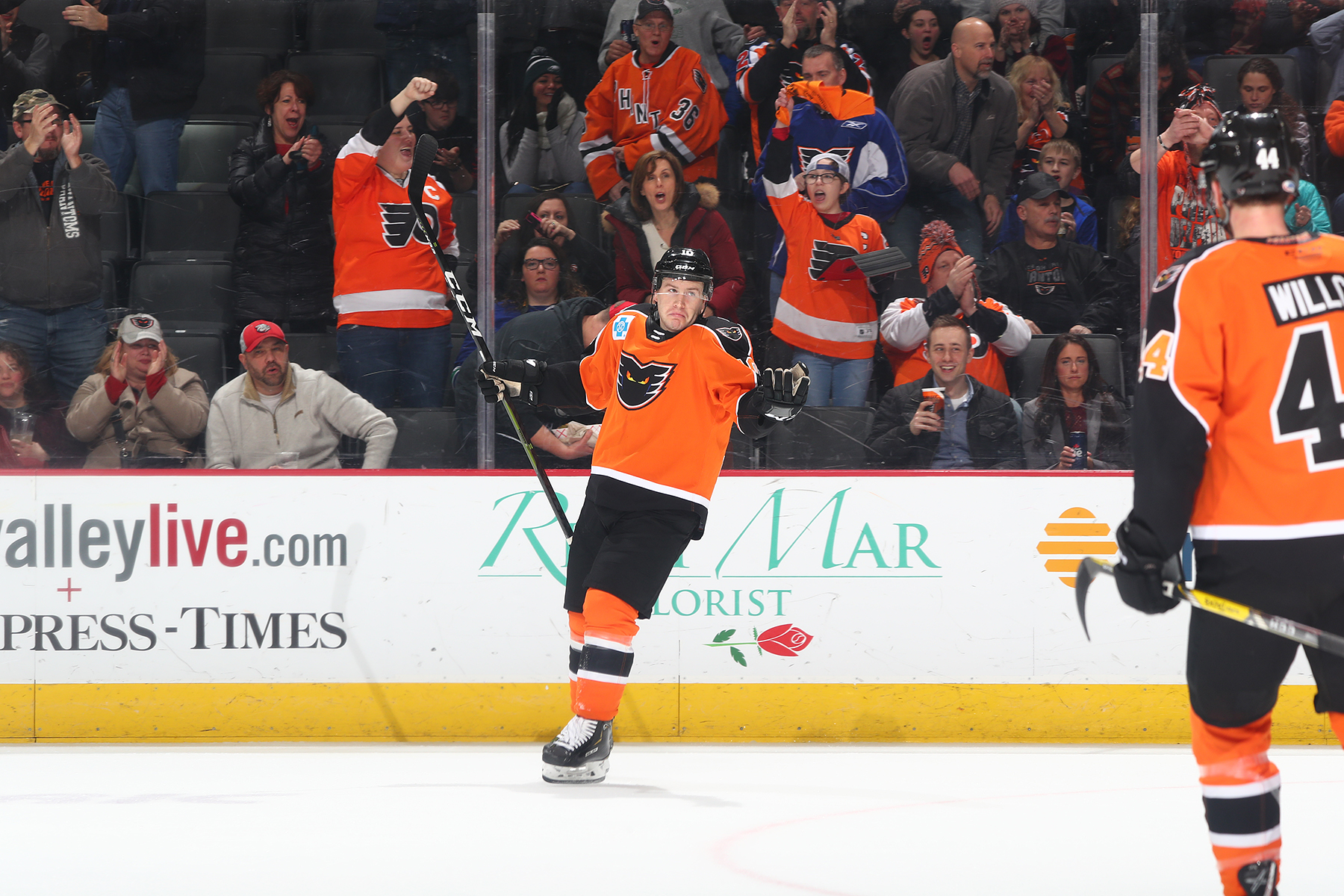 Lehigh Valley, Pa. – The Lehigh Valley Phantoms (28-23-3-3) stopped the skid and topped the Utica Comets (30-22-5-2) with a 3-1 score inside a sold out PPL Center. Greg Carey continued to lead the way as he scored two goals for the Phantoms and Mike McKenna tied a season-high with 38 saves in the win for Lehigh Valley.

After sitting out last nights’ game in Syracuse, Greg Carey returned to the lineup tonight and quickly made his presence known. Just four minutes into the contest and with the Phantoms on a power play, Greg Carey added to his team-leading goal total and gave Lehigh Valley an early lead. Carey set up at the top of the circle and unloaded a one-timer off a pass from T.J. Brennan for his 24th goal and 50th point of the season.

The Phantoms All-Star forward scored his second goal of the game, and of the period with 2:36 remaining in the first. Carey took a drop pass from David Kase and ripped a shot bar-down and in for goal number 25 this year. Carey ranks in the top 10 in the AHL in both goals and points on the season. David Kase picked up an assist in his first game since December 7, 2018 after missing the previous 33 games with an upper-body injury. 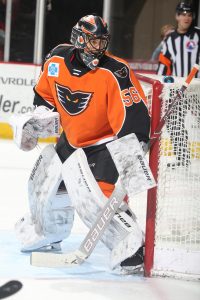 In the second period, the aforementioned Kase took a hard hit into the boards from behind from Brendan Woods and Reece Willcox immediately came to his defense and dropped the gloves with Woods to defend his teammate.

Mike McKenna had arguably his strongest period as a Phantom in the middle frame, making 17 saves to keep Utica off the board through two periods.

The Comets were finally able to break through on their 30th shot of the game, 4:46 into the third period as Zack MacEwen beat McKenna for his 19th goal of the season and cut it to a one-goal game.

Justin Bailey was able to pot the empty-net goal to seal the victory for the Phantoms and end a five-game losing streak. Mike McKenna picked up an assist on the goal, the second point by a goaltender this season (Lyon). McKenna saved 38 of 39 shots, tying his season-high in saves from October 17, 2018 when he was with the Belleville Senators.

NEXT TIME OUT: The Lehigh Valley Phantoms will complete the three game weekend tomorrow at 3:05 in the final matchup of season against the Bridgeport Sound Tigers. Lehigh Valley is 3-1-1 against Bridgeport this season.