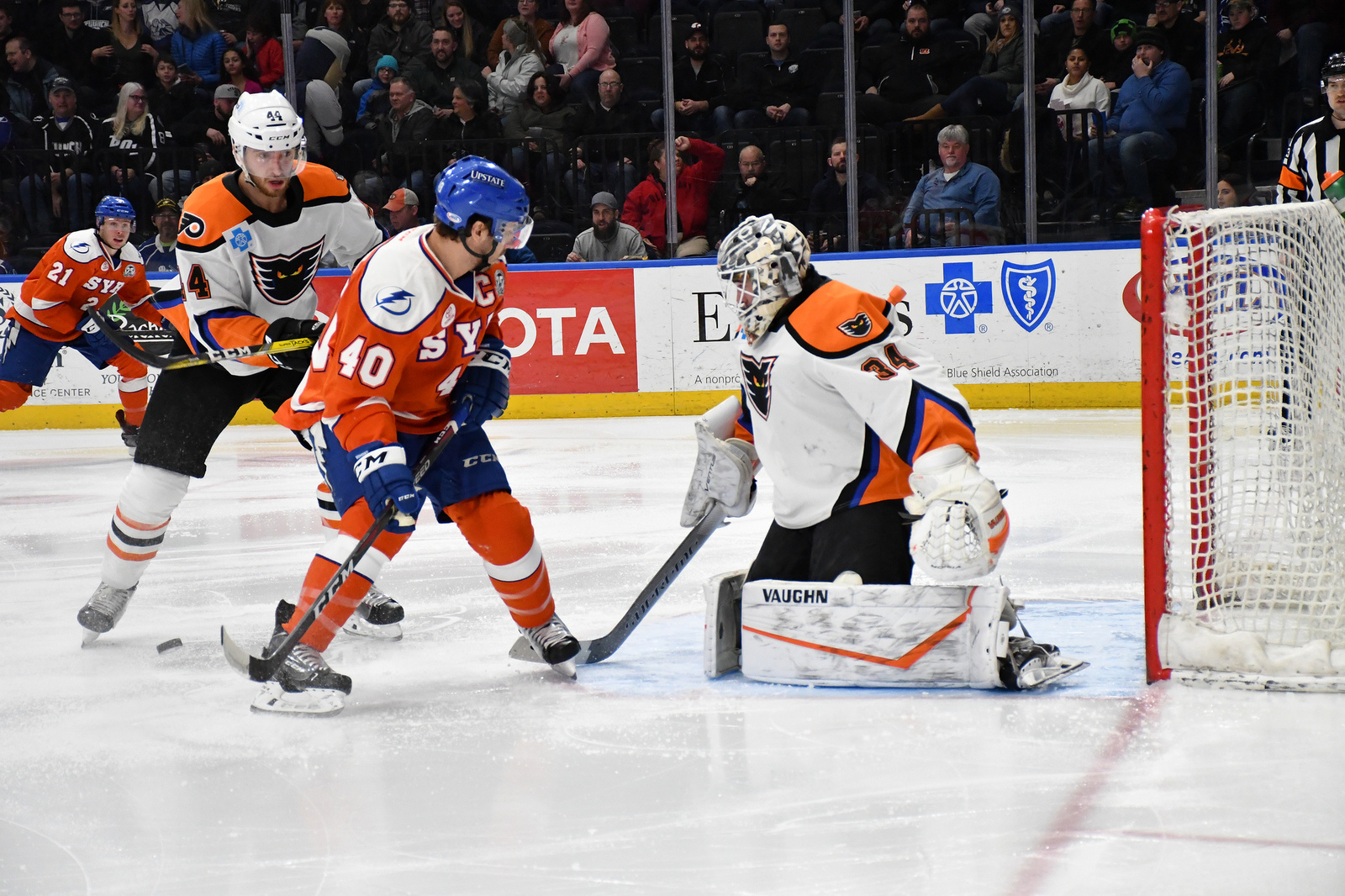 Back at Home for Saturday and Sunday Engagements

Syracuse, NY – Lehigh Valley found the offense hard to come by against the top defense in the American Hockey League and Eddie Pasquale stood on his head with a 29-save effort in a 4-0 triumph for the Syracuse Crunch on Friday night. The game concluded a three-game road-trip for the Phantoms and represented the first time this season the Phantoms have been blanked on the road.

Veteran Andy Andreoff (20th, 21st) led the attack with a paid of goals while Carter Verhaeghe (25th) and Cory Conacher (19th) also contributed with lamplighters and Alex Barre-Boulet notched a pair of assists. 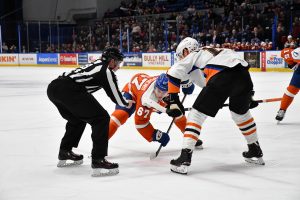 The Lehigh Valley Phantoms (27-23-6) carried the pace of play through the bulk of a scoreless first period. One scramble at the net-front had Pasquale courageously diving on a puck to his left before Tyrell Goulbourne could jam home a rebound opportunity. T.J. Brennan’s slapshot for a Colin McDonald tip started the sequence. The Phantoms out shot the Crunch 12-9 in the opening frame.

Justin Bailey returned to the Phantoms lineup for the first time since early February and showed his skills on several occasions with some nice set ups for teammates including a couple connections for Mike Vecchione and Reece Willcox that were also thwarted by Pasquale.

The Phantoms were without Nicolas Aube-Kubel who crashed out hard into the boards in the opening minute of the game and did not return.

Syracuse (34-16-5) came out full-steam ahead in the second period and appeared ready to gain some control of the game after clinging to the 0-0 deadlock in the first period.

The Crunch weaved into the zone and Barre-Boulet’s touch for Verhaeghe found the talented sniper open and then cutting across the high slot from left to right. He power through a shot on the stick-side of Alex Lyon for a 1-0 lead in the opening minute of the middle frame. 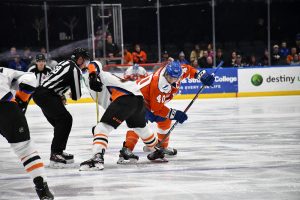 Andy Andreoff extended the lead at 7:48 into the second period when he returned from the penalty box to receive a stretch-ass from Barre-Boulet for a breakaway. Andreoff cut from left-to-right across the goal-mouth and successfully elevated a backhander over the glove of Lyon for a 2-0 advantage.

The score stayed at 2-0 through much of the third period while the Phantoms continued to push back. But Cory Conacher capped an impressive sequence of passes around the zone with his powerful one-knee blast from the high slot with five-and-a-half left for a 3-0 lead.

The Phantoms pulled their goaltender for an extra attacker with over 4:00 left but were unable to break through against Pasquale despite some continued pressure. The best the Crunch could do in several situations was to take an icing call. But eventually, Syracuse intercepted a pass allowing Andreoff to score into the empty-net for his second goal of the game as the Crunch went on to complete the 4-0 win.

The Phantoms out shot Syracuse 29-26. Both teams finished 0-for-2 on the power play.

The Lehigh Valley Phantoms return to PPL Center on Saturday night hosting the Utica Comets on Game Show Night. The Phantoms also play at home on Sunday afternoon at 3:05 p.m. against the Bridgeport Sound Tigers on Youth Jersey Day. Tickets are available at PPLCenter.com