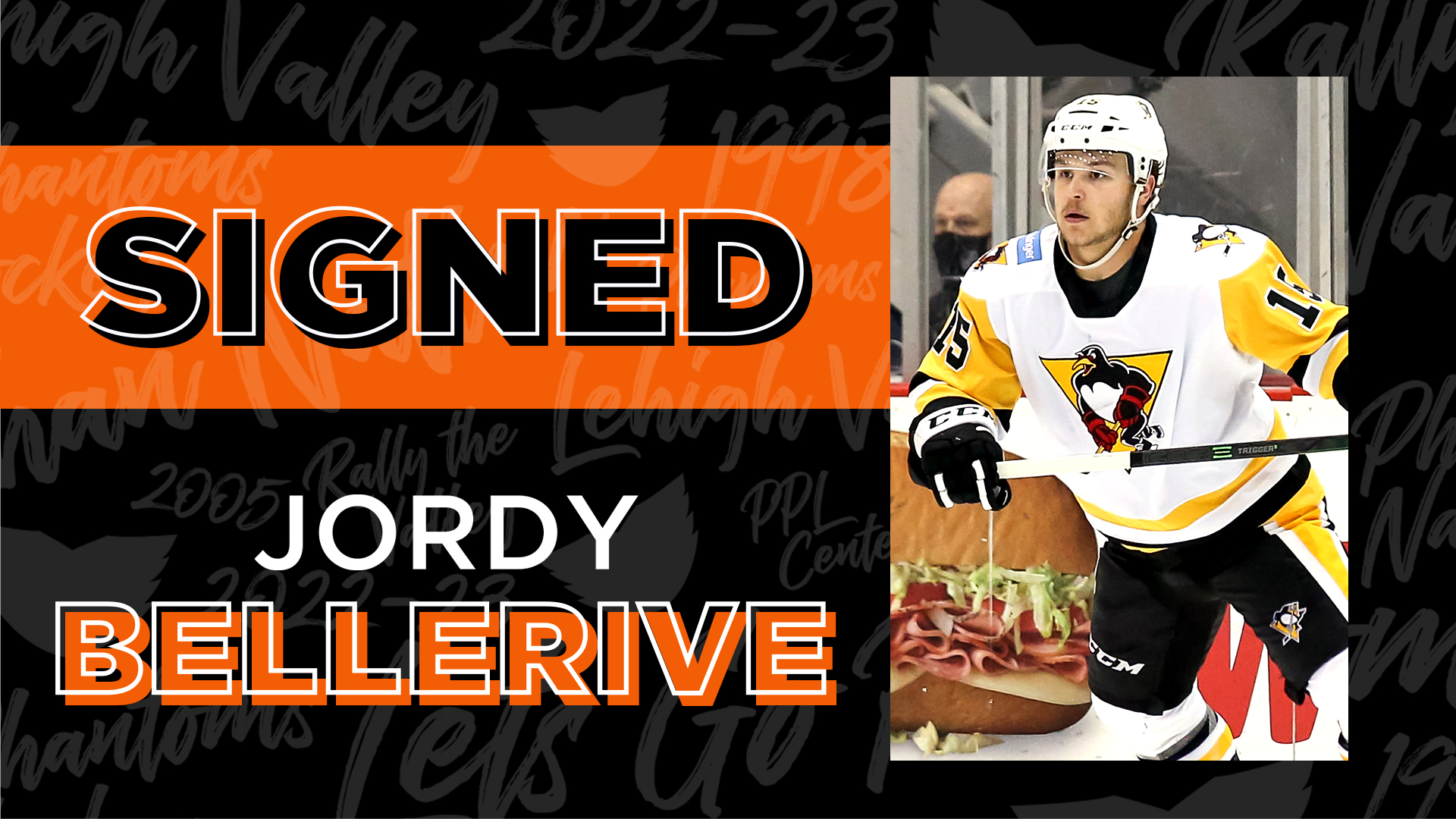 Lehigh Valley, PA – The Lehigh Valley Phantoms have announced the addition of center Jordy Bellerive on an AHL contract for the 2022-23 season.

Bellerive, 23, is familiar with his upcoming home environs at PPL Center, albeit from the visitors’ side, after playing the last three seasons with the Wilkes-Barre/Scranton Penguins. Bellerive is 5-11 with a lefty shot. The North Vancouver native scored eight goals and added 21 assists for 29 points last year while also leading the Penguins with 112 penalty minutes. He was also an alternative captain in Wilkes-Barre in the 2021-22 season. 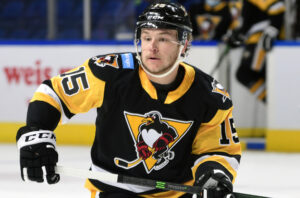 Phantoms head coach Ian Laperriere likes Bellerive’s game and what he can bring to Lehigh Valley.

“I remember he was a 3rd and 4th liner for Wilkes-Barre and he was noticeable,” Laperriere recalled. “When you’re a coach you have so much stuff to worry about with your own team, those guys on the other team need to do something special for me to really notice them. And he did. Every time we played against them he was in our players’ faces. I’m just happy he’s on our side and he’s going to help us go where we want to go.”

In his three full seasons with the Penguins, Bellerive has scored 30 goals with 39 assists for 69 points in 157 career games. Throughout his career, Bellerive has shown a penchant for scoring important and clutch goals in the third period and overtime. He also is well known as an agitator and pot-stirrer, particularly in rivalry games such as matchups against the Phantoms.

“When I talked to him this summer I said, ‘If you know anything about me, I like players like you,'” Laperriere said. “I’m not going to expect him to score 30 goals. I want him to play hard, kill penalties, take big faceoffs. And be ‘in your face’ kind of hockey and that’s the game he plays.”

Bellerive also played four seasons for the Lethbridge Hurricanes of the WHL and served as the team’s captain for two years. He scored 117 goals and had 150 assists for 267 points in his Major Juniors career encompassing 274 total games. That included consecutive seasons with 46 goals and 33 goals in his last two campaigns in Lethbridge.