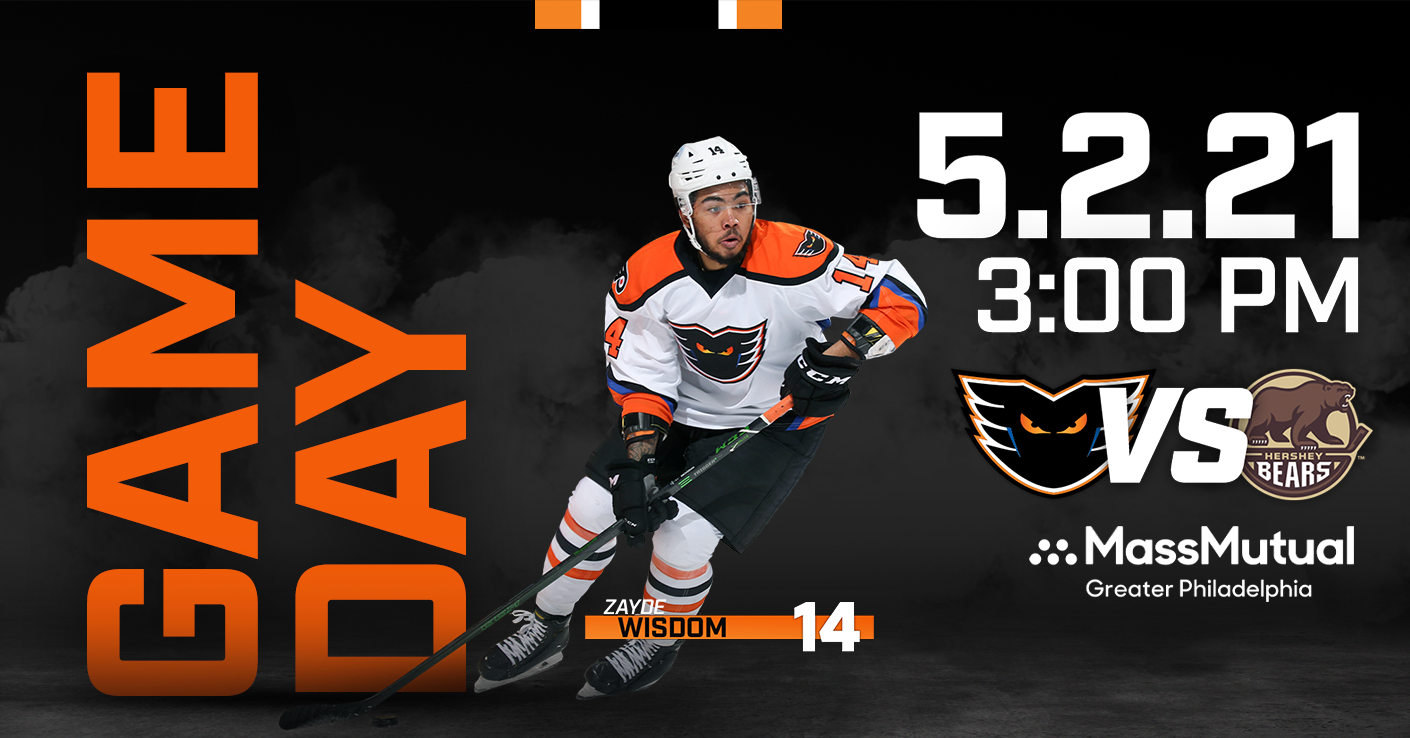 Today’s Game – The Lehigh Valley Phantoms travel to Giant Center to take on the Hershey Bears in a 3:05 p.m. contest. The Phantoms are 5-3-0 against Hershey this season but the Bears took the last meeting on March 24 in a 6-1 win at PPL Center. Hershey has won 8 of its last 9 to move into the top spot in the North Division. The Phantoms have points in four of their last five and also nine of their last 11 (7-2-2).

Last Time Out – The 10th try was the charm for the Binghamton Devils who finally beat the Phantoms in regulation this season 4-2. Mason Jobst scored a pair of goals to turn a 2-1 deficit into a 3-2 lead. And A.J. Greer added an empty-netter to seal the win making it a pair of recent Bridgeport Sound Tigers who victimized the Phantoms and ended Binghamton’s seven-game winless slide. Fabian Zetterlund chipped in three very impressive assists. Isaac Ratcliffe (2nd) and Max Willman (8th) scored the lone markers for the Phantoms who had their four-game point streak snapped.

Sandin Sizzles – 24-year-old forward Linus Sanin is finding his stride even more and scored three consecutive goals for the Phantoms including Monday night’s fifth and sixth goals in a 6-5 win at the Devils which was followed by the lone goal for Lehigh Valley in a 2-1 overtime loss at the Penguins. The Uppsala, Sweden product signed with the Flyers organization as a free agent last year and is in his first season of pro hockey in North America. Linus is the older brother of Rasmus Sandin of the Toronto Maple Leafs.

Yowza York! – Flyers 2019 first-rounder Cam York had a big night in just his fourth pro game on Monday at the Binghamton Devils with his first pro goal on a big slapshot from the top of the left circle. He followed that up with a pair of assists for a three-point game while also receiving the first penalty of his pro career as well. The Big Ten Defenseman of the Year with the University of Michigan and captain of the Gold Medal winning USA team at the World Juniors missed the Phantoms’ most recent game on Wednesday with an injury.

Paint The Ice! – Come down to PPL Center this Sunday, May 2 to “Paint the Ice!” Here is your chance to be down on the ice to paint a picture or message, as well as get a picture with our very own meLVin! Plus enjoy the Phantoms game at Hershey LIVE on the video-board.
Our sales staff will be on hand to discuss getting season tickets for next season as well. This event is free and open to the public from 3:00 to 5:00 p.m.
Provident Bank Pennsylvania Cup
Bears 10-5-2 = .647
Phantoms 8-4-2 = .643
Penguins 5-6-4 = .467