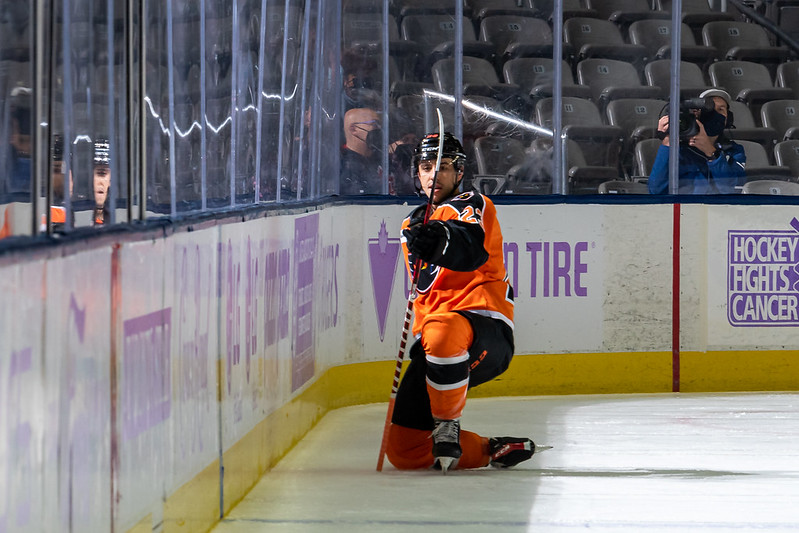 Frost, 22, leads the Phantoms in scoring this season with 3-12-15 in 16 games. He scored in back-to-back games last weekend at Rochester and Toronto. The former first-round selection of the Flyers in 2017 out of the Sault Ste. Marie Greyhounds had shoulder surgery following an injury in just the second game of the NHL season in 2020-21 with Philadelphia.

Frost was recently named the Phantoms PSECU Player of the Week scoring 2-2-4 in the last two games including a three-point performance last Friday night at Rochester with one goal and two assists.

As a professional rookie in 2019-20, he represented the Phantoms at the AHL All-Star Classic in Ontario, California and scoring 13-16-29 in 41 games while also playing in 20 games with the Flyers where he scored two goals with five assists.

The Flyers are in action Wednesday night at the Florida Panthers.