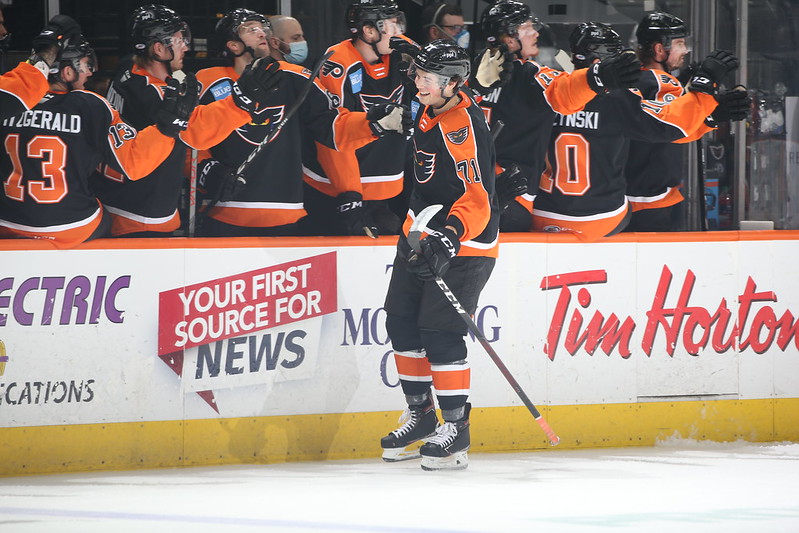 Lehigh Valley, PA – Tyson Foerster said he knew he had more to give. And he proved it during Wednesday’s 4-1 win over the Hershey Bears with two goals and two assists at PPL Center in the first four-point effort of the season. First-place Lehigh Valley (11-3-2) won its third straight and sixth in its last seven while ending Hershey’s (11-5-2) four-game win streak.

Head coach Scott Gordon notched his milestone 400th AHL win becoming just the sixth ever to do so.
Zane McIntyre recorded 27 saves on 28 shots in his first game as a Daddy following the birth of his daughter early on Sunday morning. Derrick Pouliot (2nd) and Ryan Fitzgerald (9th) also scored for the young and exciting Phantoms team that impoved to 5-2-0 against the rival Hershey Bears and 5-1-1 on home ice. 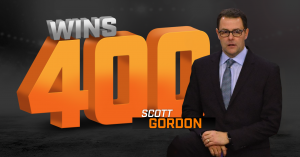 3:30 late in the first period as they sieged Zach Fucale, the AHL’s top goaltender when play began tonight.

Lehigh Valley almost made it even more than a three-goal period. Zayde Wisdom was in the process of scoring from the left of the net on the power play when a  quick whistle blew play down even though the puck was still free. But the Phantoms were just getting started on generating their best chances.

Foerster’s hard shot is even tougher to handle with speed as Fucale learned at 12:45 into the first period. Foerster took quick transition passes and tips forward from Garrett Wilson and Max Willman and sped up to left dot where his shot on the fly beat Fucale short-side past his stick for a 1-0 lead.

Just 26 seconds later, the Phantoms would have their fastest consecutive goals of the season. Derrick Pouliot was attempting to pass the puck from center point to Max Willman stationed on the right side of the crease but the puck never made it to Willman as it was deflected up and over Fucale and into the net for the somewhat quirky goal and a 2-0 lead.

At 16:03 into the first period, Foerster would score again, just 3:18 after his first goal. This time it was on a flurry of power-play shots against Fucale with O’Reilly and then Allison both having cracks. The Allison shot from the slot bounded over to Foerster in the left circle who buried his chance for a 3-0 advantage in a dominating first period for the Phantoms.

Both teams pushed through a scoreless second period with McIntyre seeing a few more quality chances in his crease while Hershey benefitted from two Phantoms’ penalties in the frame. 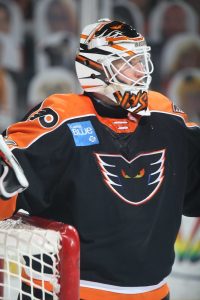 Foerster looked like he almost had a gimmie for a third-period hat trick goal but a scrambling Fucale dove back to his right in the crazy sequence to cover part of the net. Foerster said after the game that he believed a defenseman got his stick on the puck to rob him of Trifecta Glory.

Kody Clark broke through for the Bears just over seven minutes into the third with a power-play goal on a deflection at the net-front to real McIntyre’s bid for a shutout.

The Phantoms capped the night with a 2-on-2 rush for an empty-netter. Foerster opted not to try a shot from the red line and instead gave it over to Fitzgerald who didn’t have an opening to try to connect ack to Foerster for the potential hattie. Fitzgerald buried the cherry on top himself for his team-leading ninth goal of the season.

The homestand concludes at PPL Center on Saturday night with a matchup against the Wilkes-Barre/Scranton Penguins. Tickets are on sale to the general public for all Phantoms home games at PhantomsHockey.com and PPLCenter.com

After Saturday’s game, the Phantoms will play at the Binghamton Devils in Newark on Monday evening.