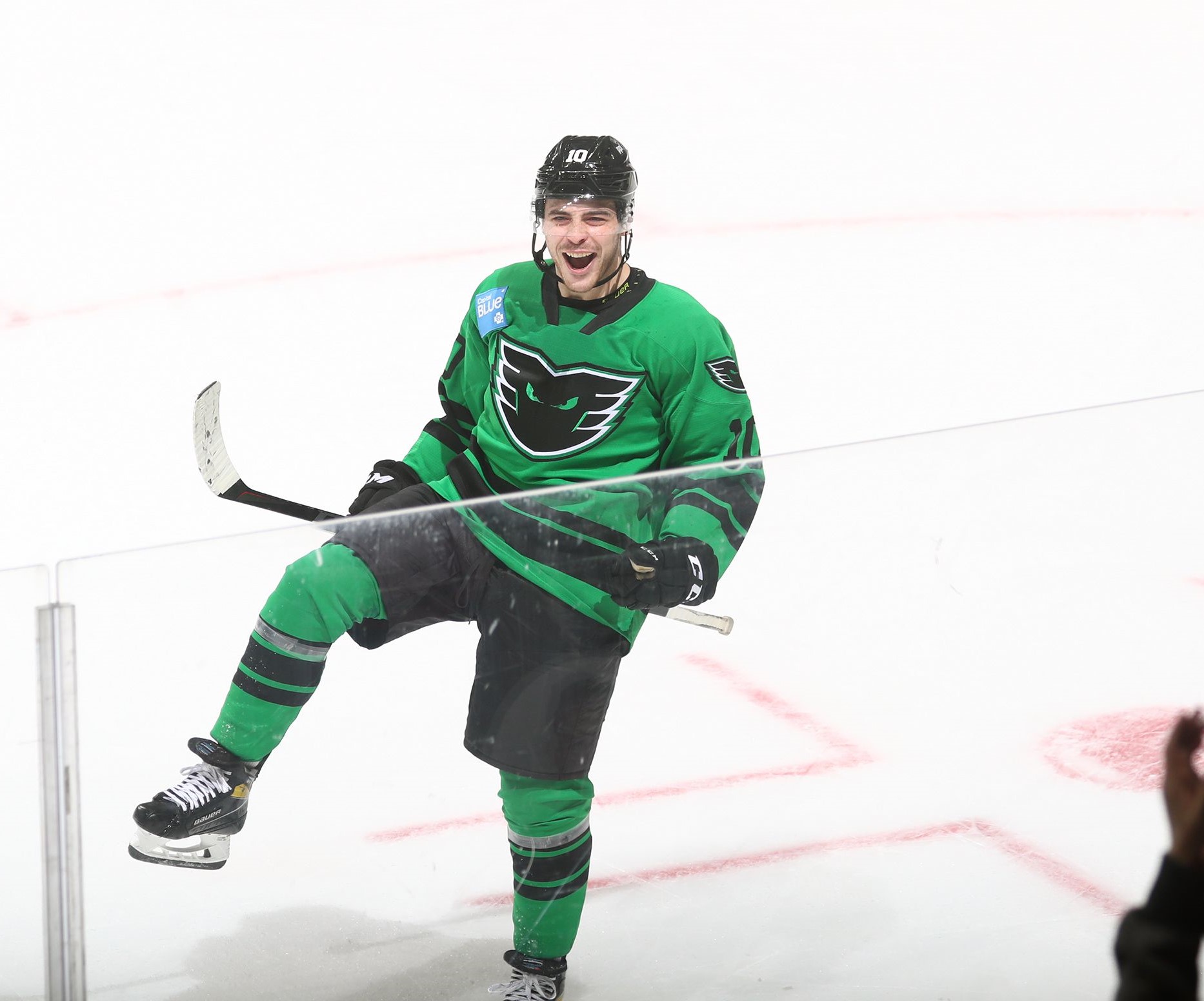 Laczynski, 23, is a rookie forward out of Ohio State who has impressed in his debut professional season with six goals and four assists for 10 points in 14 games. On Friday, March 26 at Newark he recorded a hat trick which he completed with a spectacular between the legs move flipping the pick backwards between his skates to score on the forehand on his shorthanded breakaway. The Minooka, Illinois native was a Round 6 selection of the Flyers in 2016.

Sandin, 24, is also in his debut professional season in North America. The Uppsala, Sweden native has scored two goals and three assists for five points in 13 games with the Phantoms. Sandin signed with the Flyers as a free agent last spring. The older brother of Rasmus Sandin of the Toronto Maple Leafs scored 19-17-36 with HV71 Jonkoping in the SHL last year and also played in 20 games for HV71 last fall and winter before NHL training camps opened.

Bunnaman, 22, is a Guelph, Ontario native who was chosen by the Flyers in the fourth round of the 2016 NHL Entry Draft from the Kitchener Rangers. He has played in 18 games with the Flyers this season recording one assist. He played in 29 games with the Phantoms last year as a second-year pro scoring six goals and three assists for nine points while also playing in 21 games for the Flyers scoring one goal and one assist.

Twarynski, 23, has appeared in four games with the Flyers this season. The third-year pro split his time between Philadelphia and Lehigh Valley last season playing 15 NHL games with the Flyers scoring one goal while also playing in 31 games with the Phantoms and scoring seven goals and five assists for 12 points. Twarynski was a third-round selection of the Flyers in 2016 from the Calgary Hitmen before he was traded to the Kelowna Rockets.