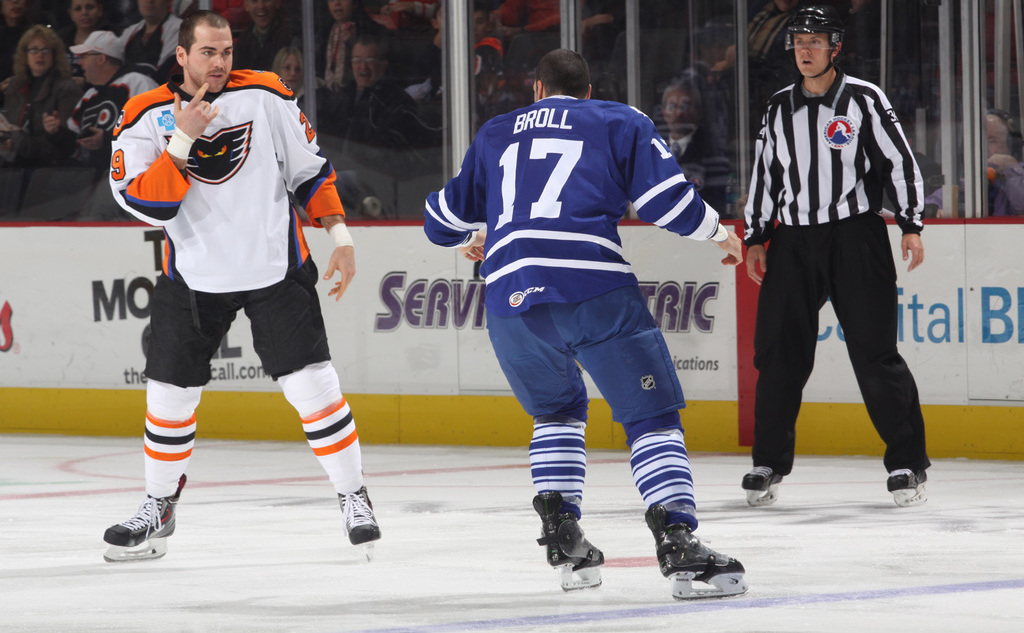 Lehigh Valley, PA – The Lehigh Valley Phantoms, proud AHL affiliate of the Philadelphia Flyers, are pleased to announce that forward Derek Mathers has been signed to an AHL contract. 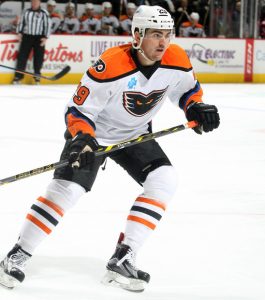 A 6’3″, 227-pound winger from Strathroy, Ontario, Mathers has appeared in 98 games with the Phantoms through his first three professional seasons during which he’s compiled three goals, two assists, five points and 314 penalty minutes.

A seventh round selection (#206 overall) by the Flyers in the 2011 NHL Entry Draft, Mathers has also appeared in 30 games with the Reading Royals of the ECHL where he’s produced one goal, four assists, five points and 121 penalty minutes.