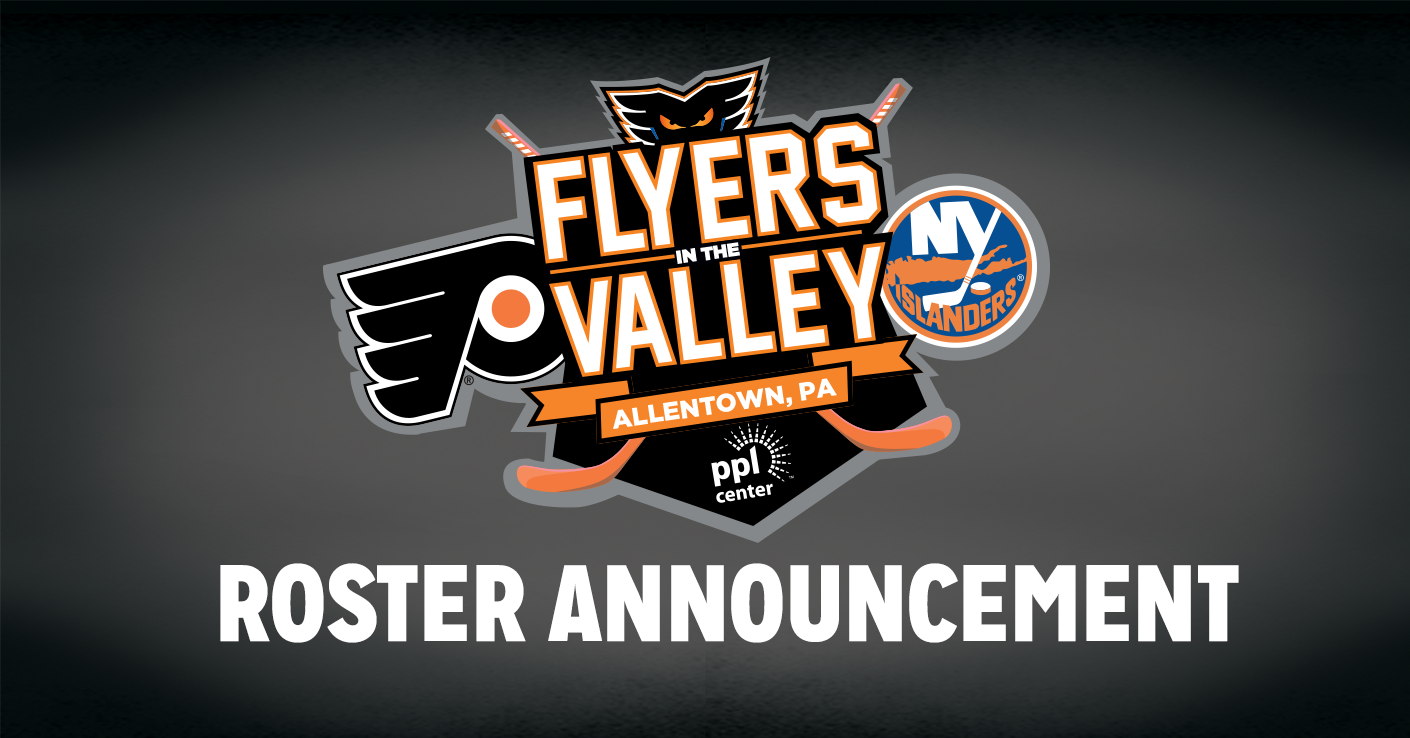 Lehigh Valley, Pa. — The Lehigh Valley Phantoms, proud AHL affiliate of the Philadelphia Flyers, are pleased to announce that forwards Jake Voracek, James Van Riemsdyk, Travis Konecny and Nolan Patrick as well as defensemen Ivan Provorov and Shayne Gostisbehere will be among the Flyers set to participate in Friday nights’s Flyers in the Valley game at PPL Center. In the fourth NHL game to be played in the Lehigh Valley, Philadelphia will face off against the New York Islanders beginning at 7:05 p.m.

In addition, a few players that recently spent time with Phantoms — forwards Oskar Lindblom, Mikhail Vorobyev and Nic Aube-Kubel as well as defenseman Philippe Myers — will also be suiting up for the contest on Friday night.

A limited number of tickets remain for Friday’s Flyers in the Valley game and can be purchased online by clicking HERE.

The complete rosters for both the Flyers and Islanders will be released Friday.

A 29-year old out of Kladno, Czech Republic, Voracek is heading into his 11th professional season and eighth as a member of the Philadelphia Flyers. He finished the 2017-18 season ranked second on the Flyers in total points with 85 (20G-65A) and capped off the fifth 20-goal season of his pro career.

Van Riemsdyk, who recently signed a five-year contract with Philadelphia during this past summer’s free agency period, will now be in his second go around with Flyers.  The 29-year old has spent the past six seasons with the Toronto Maple Leafs where he most recently tallied a career high 36 goals to lead the team in that category. The native of Middletown, New Jersey, has reached the 20 goal benchmark five out of the last eight seasons.

The second overall selection in the 2017 NHL Draft, Patrick is coming off a rookie season where he compiled 13 goals and 17 assists for a total of 30 points in 73 games.

Provorov, the first-round (seventh overall) selection of the Flyers in the 2015 NHL Entry Draft, will enter his third professional season after setting new career highs in goals (17), points (41) and plus-minus rating (+17).

A finalist for the 2016 Calder Memorial Trophy as the NHL’s top rookie and a member of the 2015-16 NHL All-Rookie Team, Gostisbehere has been a dynamic force on Philadelphia’s back end having tallied 37 goals, 113 assists and 150 total points through his first 220 games with the Flyers. He was the first rookie in NHL history to record four overtime goals in a season and he tallied at least one point in 15 straight outings from January 19, 2016 to February 20, 2016. Gostisbehere began his professional career with the Phantoms and tallied two goals, 13 assists and 15 points in just 19 games with Lehigh Valley.