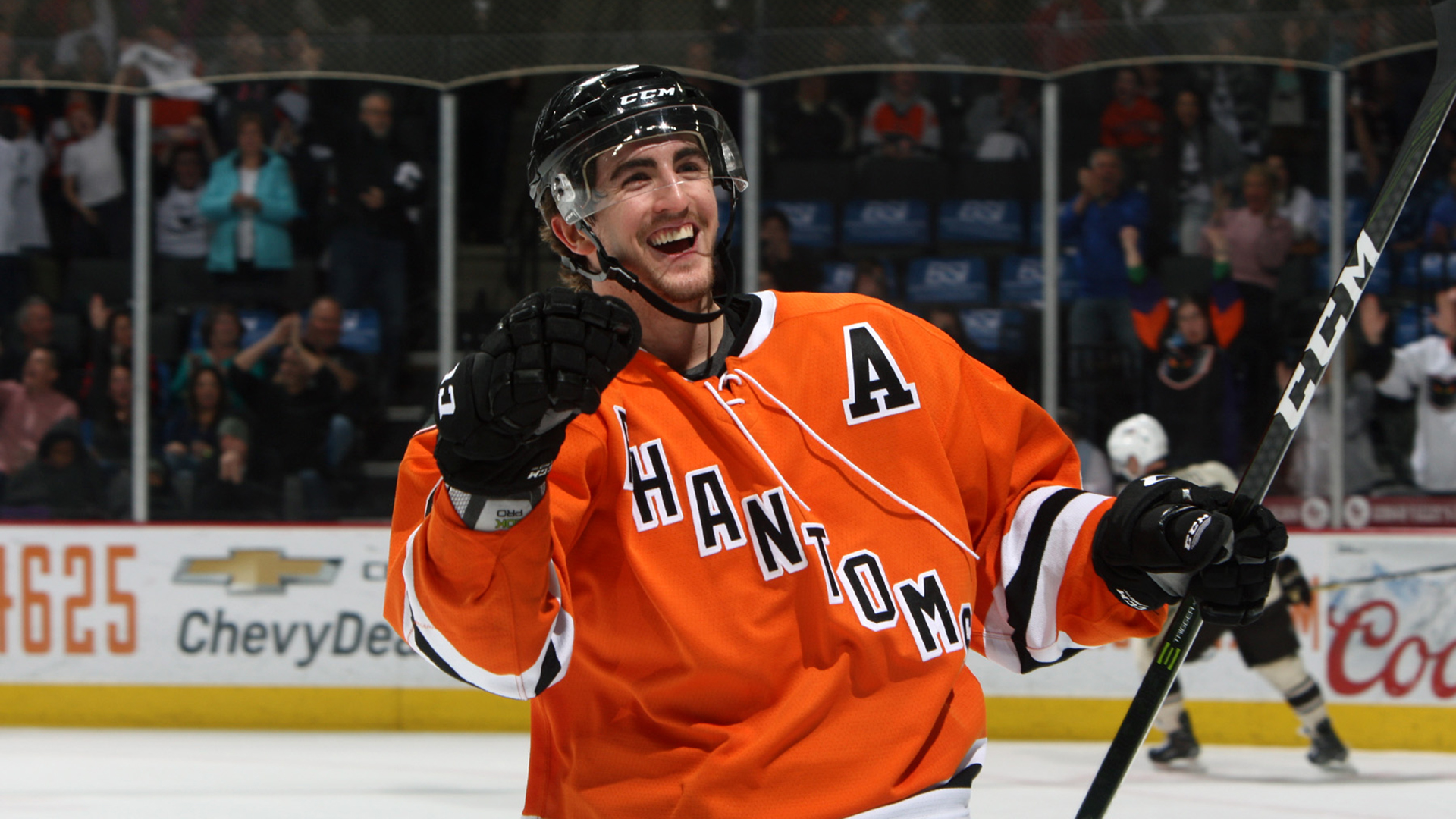 The Philadelphia Flyers, parent club of the Lehigh Valley Phantoms, announced today that they have made qualifying offers to seven players — five of which spent time with Lehigh Valley this past season — according to Flyers General Manager Ron Hextall.

Cole Bardreau, in his second professional season with the Phantoms, played 72 contests and recorded 24 points (9G-15A).  Prior to his time with Lehigh Valley, Bardreau completed four years at Cornell University and won a gold medal with Team USA at the 2013 World Junior Championships, where he was also teammates with current Philadelphia Flyers defenseman, and former Phantom, Shayne Gostisbehere.

Scott Laughton tallied 19 goals and 20 assists for 39 points through 60 games with the Phantoms this past season.  He led the team and was also tied the American Hockey League lead with four shorthanded goals.  Over those same 60 games, he also led Lehigh Valley with a plus-minus rating of +17.  Over Laughton’s four-year professional career, he has played 109 National Hockey League contests and has 27 points (9G-18A) with the Flyers.

Now heading into his fourth professional season, Taylor Leier is coming off a season where he appeared in 10 games for the Flyers.  It was during those 10 games where he recorded his first professional point as well as his first goal at the NHL level.  With the Phantoms, Leier was named one of the team’s alternate captains and posted 37 points (13G-24A) in 48 games and also held a +10 rating over that time.  Leier also added the title of 2017 AHL All-Star Classic MVP to his resume after posting a hat trick in the final game of the Challenge that was held at PPL Center, home of the Phantoms.

Goaltender Alex Lyon finished his first professional season with a 27-14-5 record with a 2.74 GAA and .912 save percentage.   He led the Phantoms with four shutouts and was also tied for third in the AHL in that same stat during the 2016-17 season.  His 27 victories were tied for fourth among all AHL goaltenders and led all AHL rookie goaltenders.  Lyon spent four years at Yale University prior to joining the Phantoms.