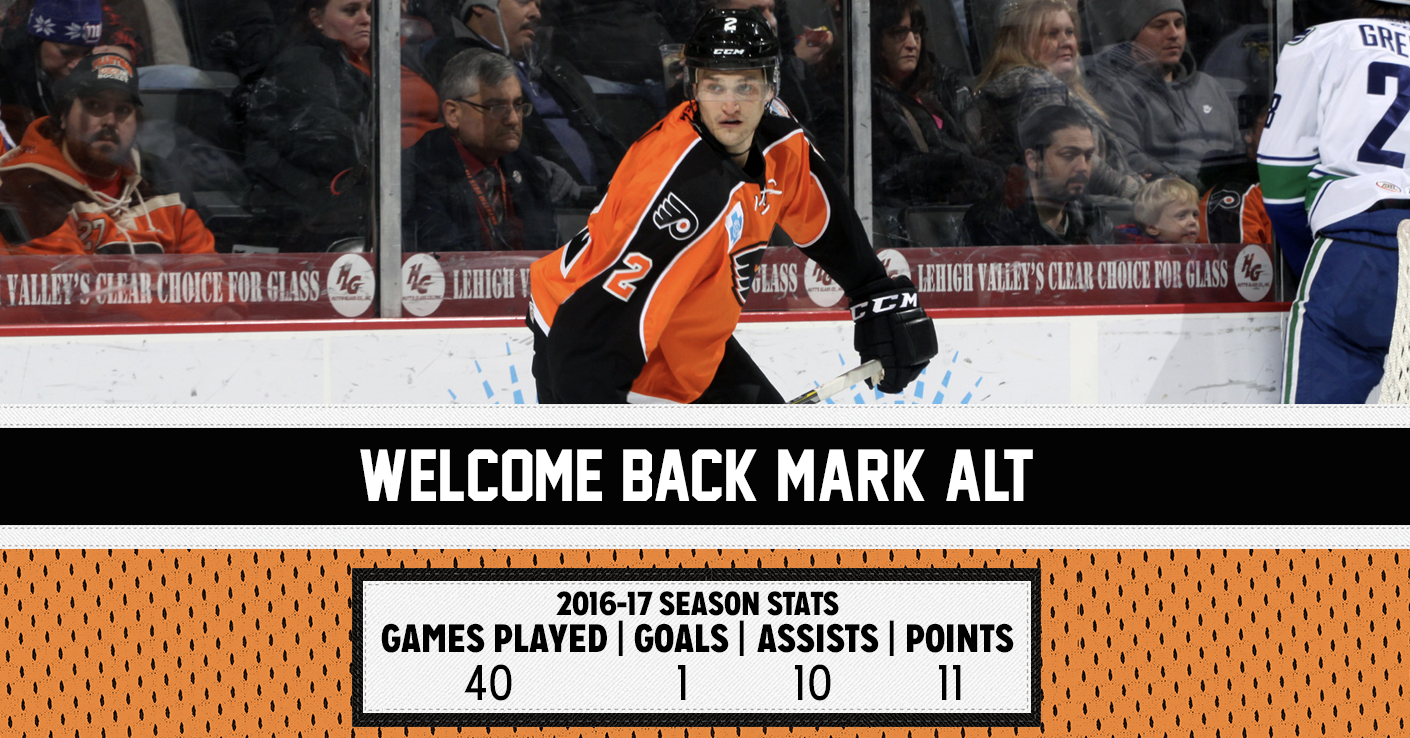 The Philadelphia Flyers, parent club of the Lehigh Valley Phantoms, announced today that they have re-signed defenseman Mark Alt to a one-year contract, according to general manager Ron Hextall.

Alt, 25, is coming off his fifth season with Flyers organization.

While with the Phantoms, over the course of the 2016-17 season, he tallied 11 points (1G-10A) over 40 games.  He also finished the season ranked second among Lehigh Valley defensemen with a plus-minus rating of +8.

With four full seasons at the American Hockey League level, Alt has accumulated 68 points (12G-56A) over 237 total contests.  The University of Minnesota product made his NHL debut with the Flyers on Mar. 28, 2015 vs. San Jose where he logged 9:25 of ice time.