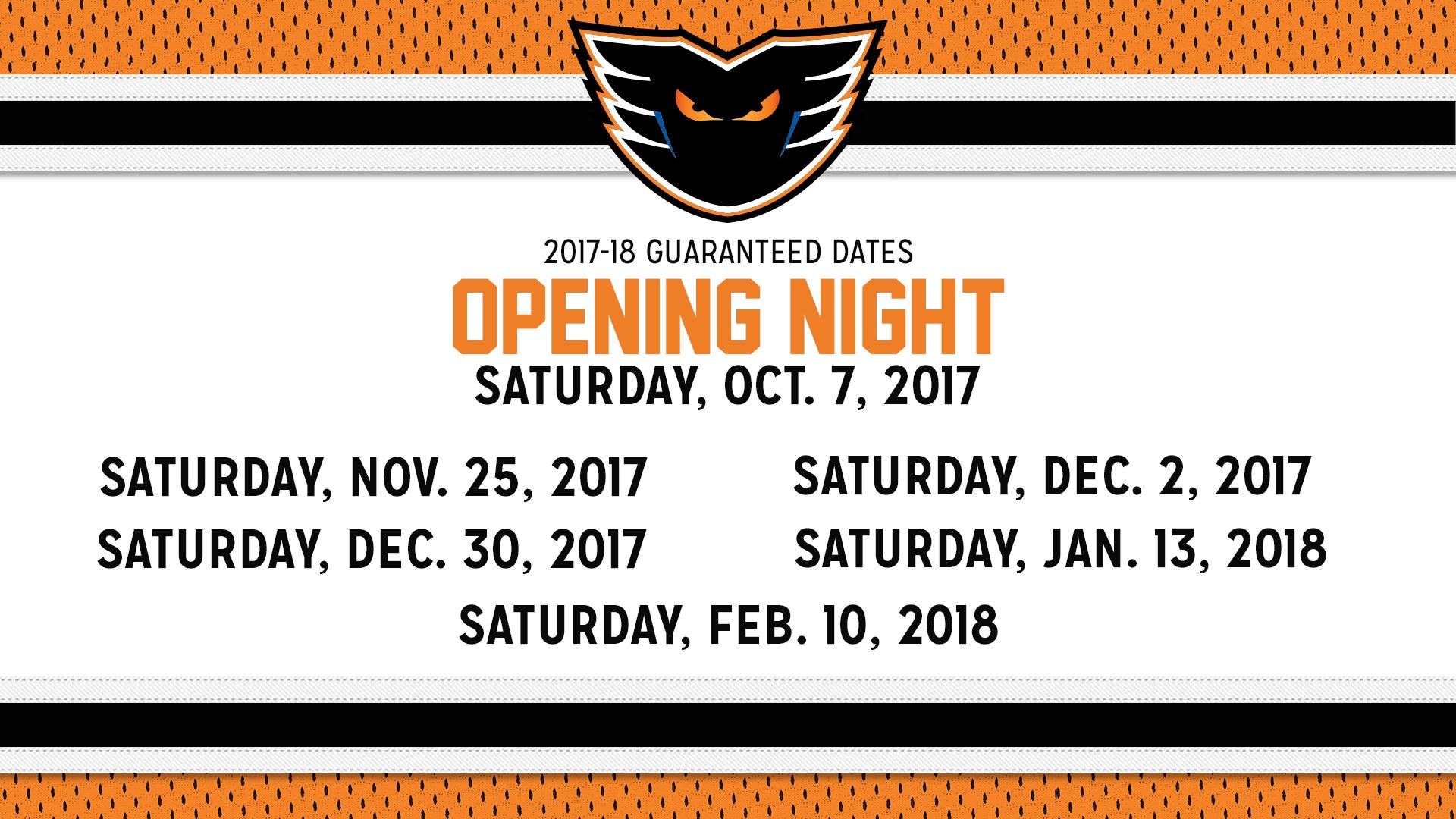 The Lehigh Valley Phantoms, proud AHL affiliate of the Philadelphia Flyers, are excited to announce the team’s home opener for their highly-anticipated fourth season at PPL Center is set for Saturday, October 7, 2017. That means another thrilling regular season of Phantoms hockey action in the Lehigh Valley is just 121 days away! 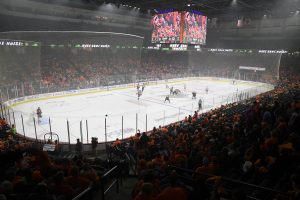 “Home Opener is always a special night,” said Phantoms Executive Vice President Chris Porreca. “And preparations are already underway to ensure this year’s home opener is another memorable evening for our fans. Phan Nation has helped produce standing room-only sellouts in each of our first three home openers at PPL Center and we’re looking forward to another packed house to kick off the 2017-18 season.”

What’s more, the Phantoms are excited to announce five additional home dates for the upcoming 2017-18 season, including: 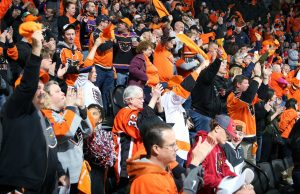 The Phantoms have enjoyed 62 standing room-only sellouts through their first three seasons of play at PPL Center and have welcomed over 300,000 fans each and every year since the team’s arrival in the Lehigh Valley. More than 8,500 rabid fans turned out for the Phantoms’ Home Opener last season – a season-opening 4-2 triumph over the Springfield Thunderbirds.

After the team’s home opener, the Phantoms will play on the Saturday following Thanksgiving (November 25) before a pair of Saturdays in December (December 2, December 30).

The other guaranteed dates include prime Saturday dates in January (January 13) and February (February 10).

The full AHL schedule for the 2017-18 regular season is expected to be released later this summer.