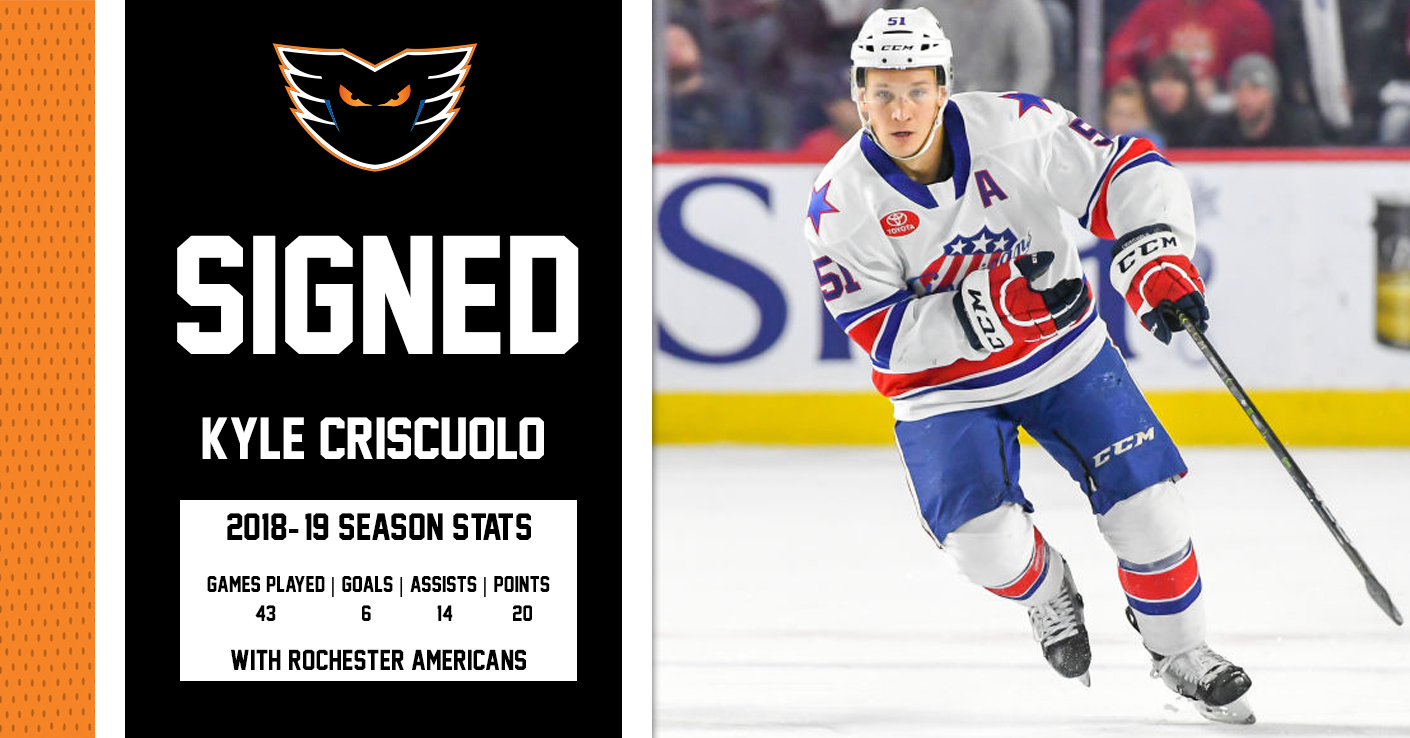 Lehigh Valley Pa. – The Philadelphia Flyers, parent club of the Lehigh Valley Phantoms, have announced that they have signed forward Kyle Criscuolo to a one-year, two-way contract. 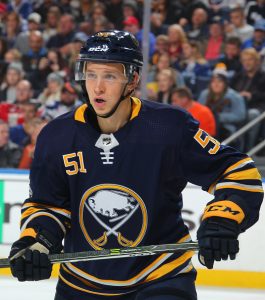 Criscuolo, a native of Southampton, New Jersey spent the 2018-19 season with the Rochester Americans, posting 20 points on six goals and 14 assists while only playing 43 games due to injuries. Criscuolo has played 174 games in the AHL with Rochester and the Grand Rapids Griffins and helped the Griffins win the 2016-17 Calder Cup, posting nine points in 19 playoff games.