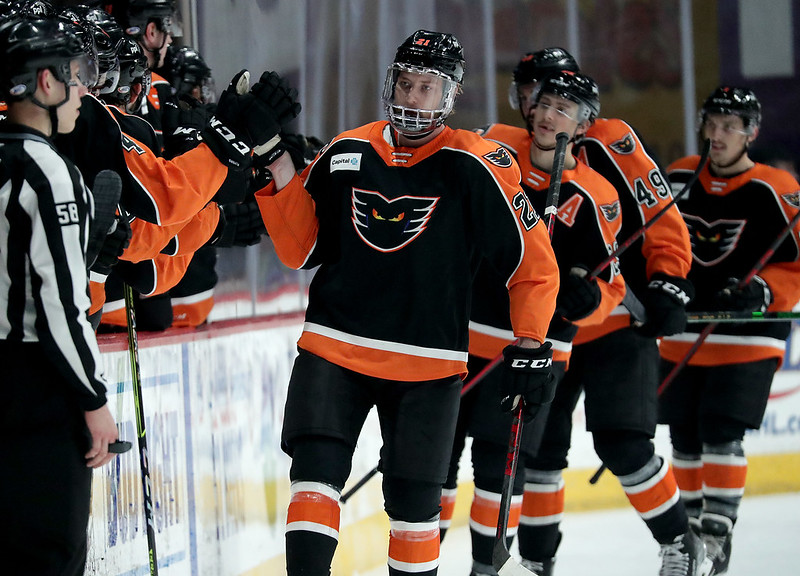 Phantoms Next Play Friday at Springfield

Lehigh Valley, PA – The Philadelphia Flyers have recalled forwards Connor Bunnaman and Linus Sandin and goalie Felix Sandström to the Flyers Taxi Squad from the Lehigh Valley Phantoms according to Flyers President of Hockey Operations and General Manager Chuck Fletcher.

Bunnaman and Sandström have made appearances with the Flyers previously this season. Sandin is receiving his first recall to Philadelphia this year.

Sandin, 25, missed two months following an injury on October 17 at Hershey in the second game of the season when he took a shot to the face. He has impressed in his recovery and return to game-form. Sandin has scored five goals this season, all of which have come in the last seven games, including his most recent goals on Saturday at Charlotte and last Wednesday at Wilkes-Barre/Scranton. The undrafted free agent with a right-handed shot from Uppsala, Sweden is a second-year pro in North America. He scored 6-4-10 in 24 games with the Phantoms last season. Sandin made a couple of appearances on the Flyers Taxi Squad last year but has yet to make his NHL debut.

The Phantoms return to action on Friday and Saturday nights with games at the Springfield Thunderbirds and Hartford Wolf Pack.

Lehigh Valley’s next home game is Sunday at 5:05 p.m. taking on the Hershey Bears at PPL Center on meLVin Kids Activity Book Night.