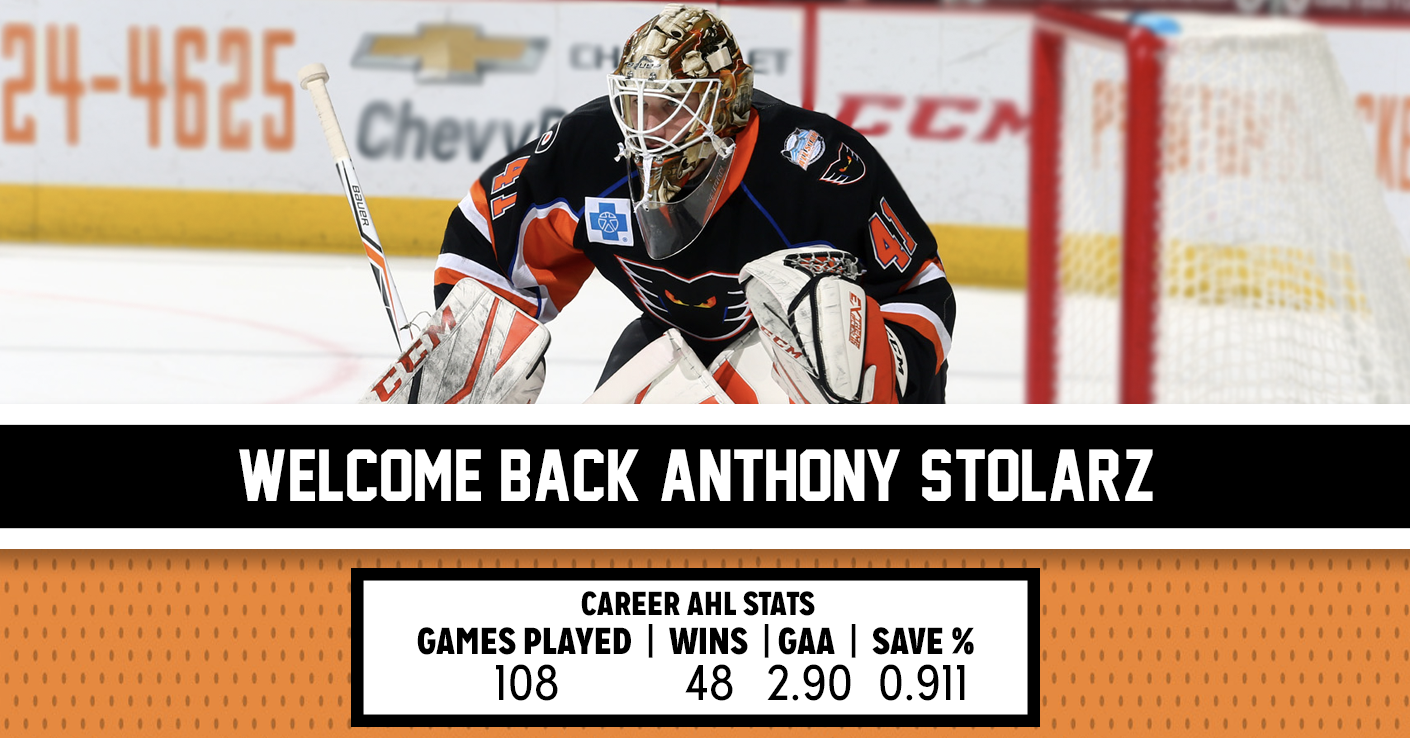 The Philadelphia Flyers, parent club of the Lehigh Valley Phantoms, announced today that they have re-signed goaltender Anthony Stolarz to a one-year contract.

A 6-foot-6-inch netminder heading into his fifth professional season, Stolarz has compiled a 48-41-11 record — to go along with a 2.90 goals-against average and 0.911 save percentage — across 108 contests with the Phantoms at the AHL level.

Stolarz missed nearly all of the 2017-18 season due to an injury, but managed to appear in a single game with the Phantoms as well as three contests with the Reading Royals of the ECHL.

During the 2016-17 season, Stolarz saw a series of professional firsts as he appeared in seven contests for the Flyers where he recorded his first NHL game, win, and shutout.  While with Philadelphia he posted a 2-1-1 record with a 2.07 GAA and 0.928 save percentage.