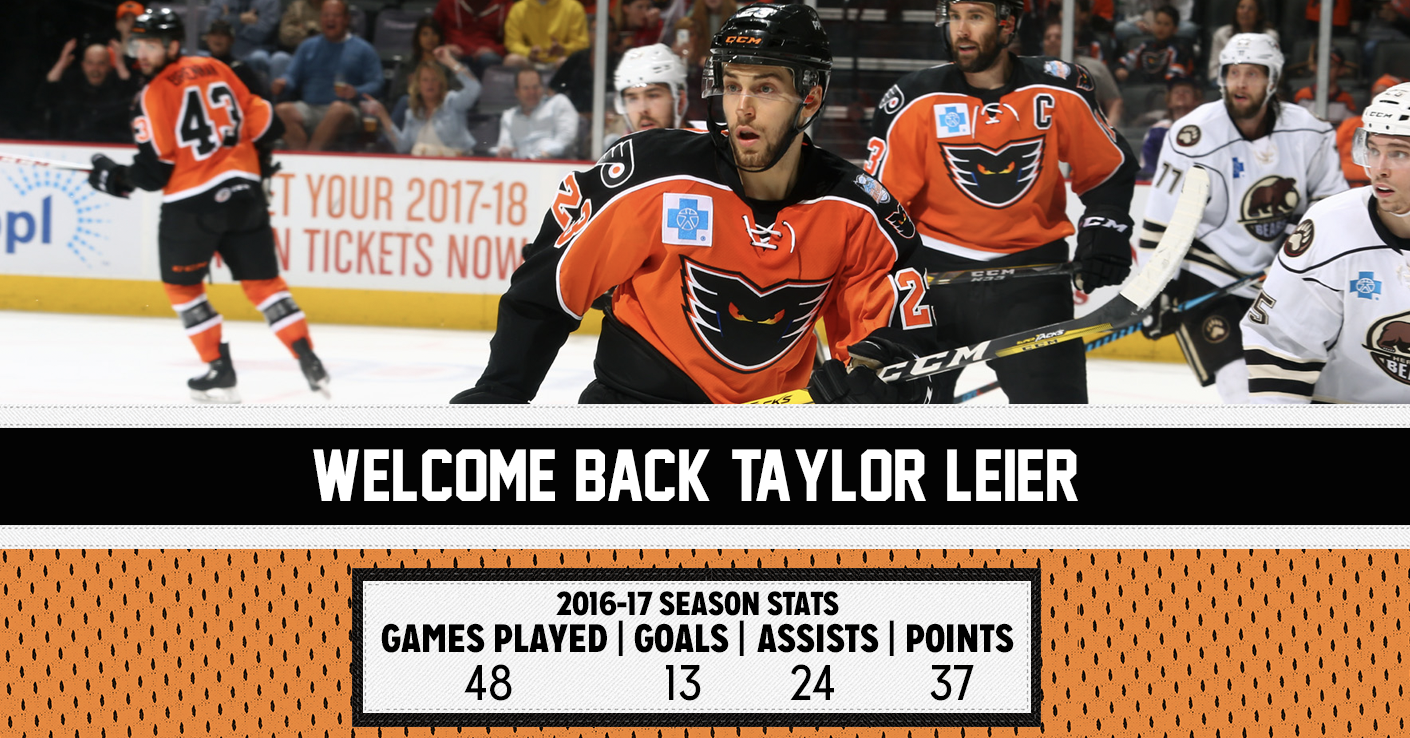 The Philadelphia Flyers, parent club of the Lehigh Valley Phantoms, have signed forward Taylor Leier to a one-year contract extension.

Leier, a fourth-round draft pick from 2012, played 48 games with the Phantoms this past season netting 13 goals and tallying 24 assists for 37 points.  The 23-year-old winger, now heading into his fourth year with the Flyers organization, played 10 games at the NHL level during the 2016-17 season where he recorded his first professional point as well as his first goal at the NHL level.

While in the Lehigh Valley, Leier was named an alternate captain for the team and also added the title of 2017 AHL All-Star Classic MVP to his resume after posting a hat trick in the final game of the Challenge that was held at PPL Center, home of the Phantoms.