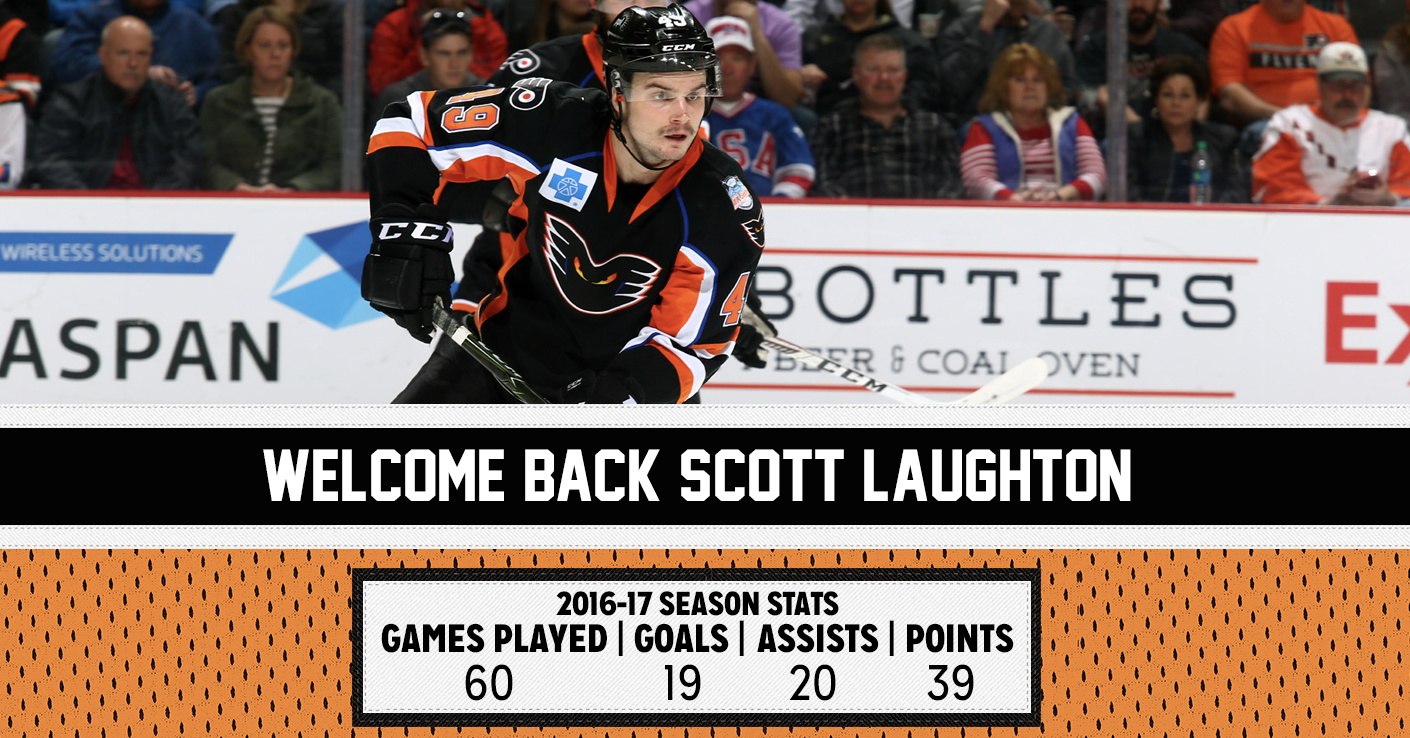 The Philadelphia Flyers, parent club of the Lehigh Valley Phantoms, have re-signed center Scott Laughton to a two-year contract extension.

Laughton, who played 60 games with the Phantoms during the 2016-17 season, amassed 19 goals and 20 assists for 39 points.  The 23-year-old from Oakville, Ontario, not only led the Phantoms with four shorthanded goals, but was also tied for the American Hockey League lead in that same category.  Additionally, Laughton recorded the highest plus-minus rating on the team, finishing the regular season with a plus-17.

The 2012 first-round draft pick of the Flyers appeared in two games for Philadelphia this past season and has spent a total of 109 games at the National Hockey League level.  During his time with the Flyers organization, he has notched 27 points (9G-18A).