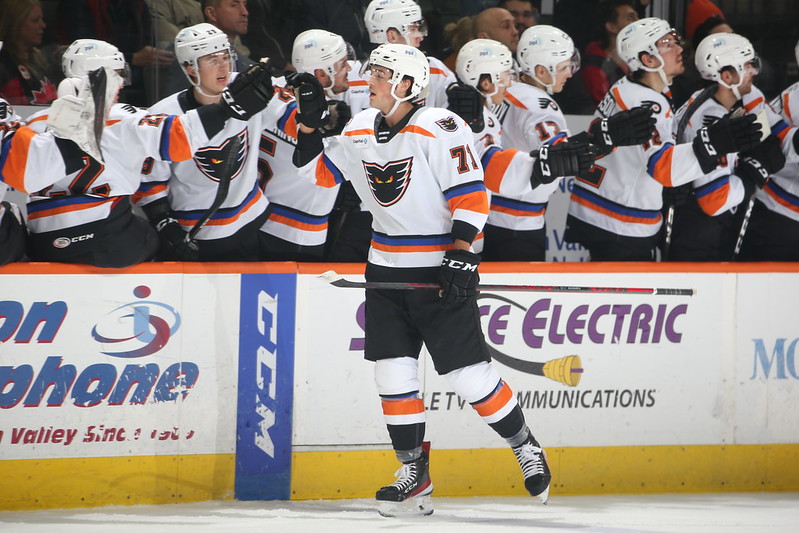 Philadelphia Flyers prospects Elliot Desnoyers and Tyson Foerster have been selected by Team Canada to play in the World Juniors tournament which begins next week in Edmonton. Originally postponed from December, the rescheduled tournament in August is an opportunity for the young talents to showcase their abilities against some of the best young players in the world before they arrive in Voorhees, NJ in September for Flyers Rookie Camp and Training Camp leading up to the 2022-23 seasons with the Philadelphia Flyers and Lehigh Valley Phantoms. 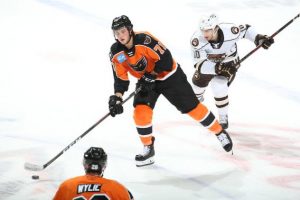 Normally, the World Juniors tournament is held from December 26 through early January. But the most recent effort was postponed in the beginning days of the championships due to COVID issues. It was rescheduled for an unusual August engagement.

The rescheduling provided an opportunity for Foerster to participate in the tournament when he was initially forced to sit out. The Flyers’ first-round selection in 2021 began last season with the Phantoms but was injured in November in a game at Charlotte just nine games into the season. Following his recovery from shoulder surgery, Foerster returned in March to play for his Major Juniors team with the Barrie Colts of the Ontario Hockey League where he scored 6-5-11 in 13 games to conclude the season.

Foerster has played in 33 games with the Phantoms in the past two seasons scoring 12 goals with eight assists for 20 points. He was the first-round selection of Philadelphia in 2020. 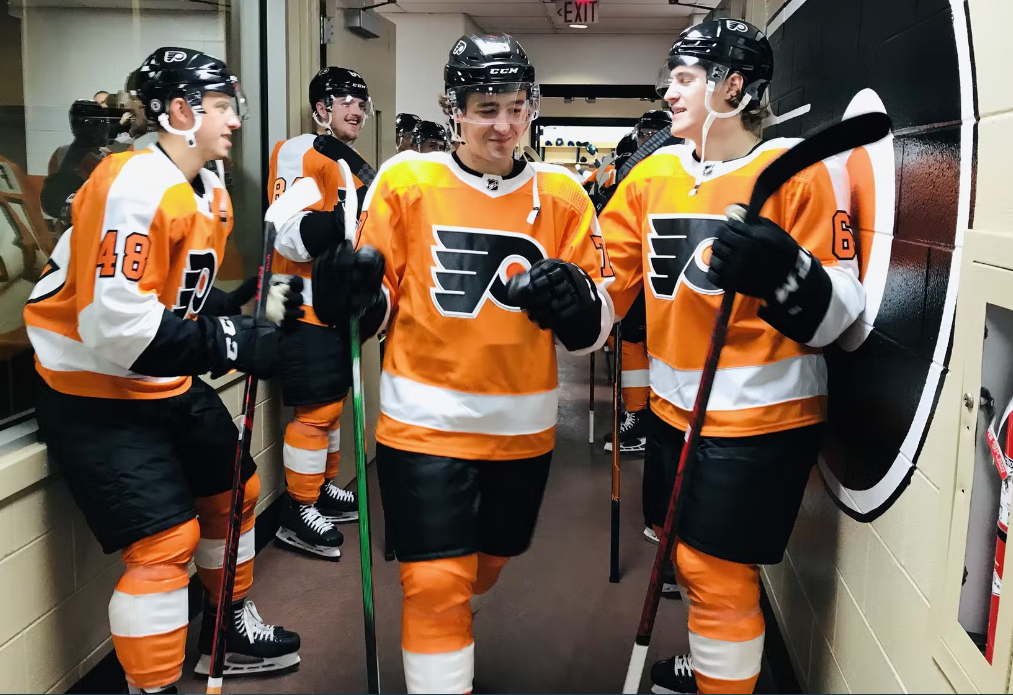 Desnoyers averaged well over a point-per-game last year with the Halifax Mooseheads of the Quebec Major Junior Hockey League where he was captain while scoring a whopping 42 goals with 46 assists for 88 points.  Philadelphia’s Round 5 selection in the 2020 NHL Entry Draft is 20 years old and could end up with the Phantoms in the upcoming 2022-23 season. He had already played two games with Canada in December when the tournament was initially held.