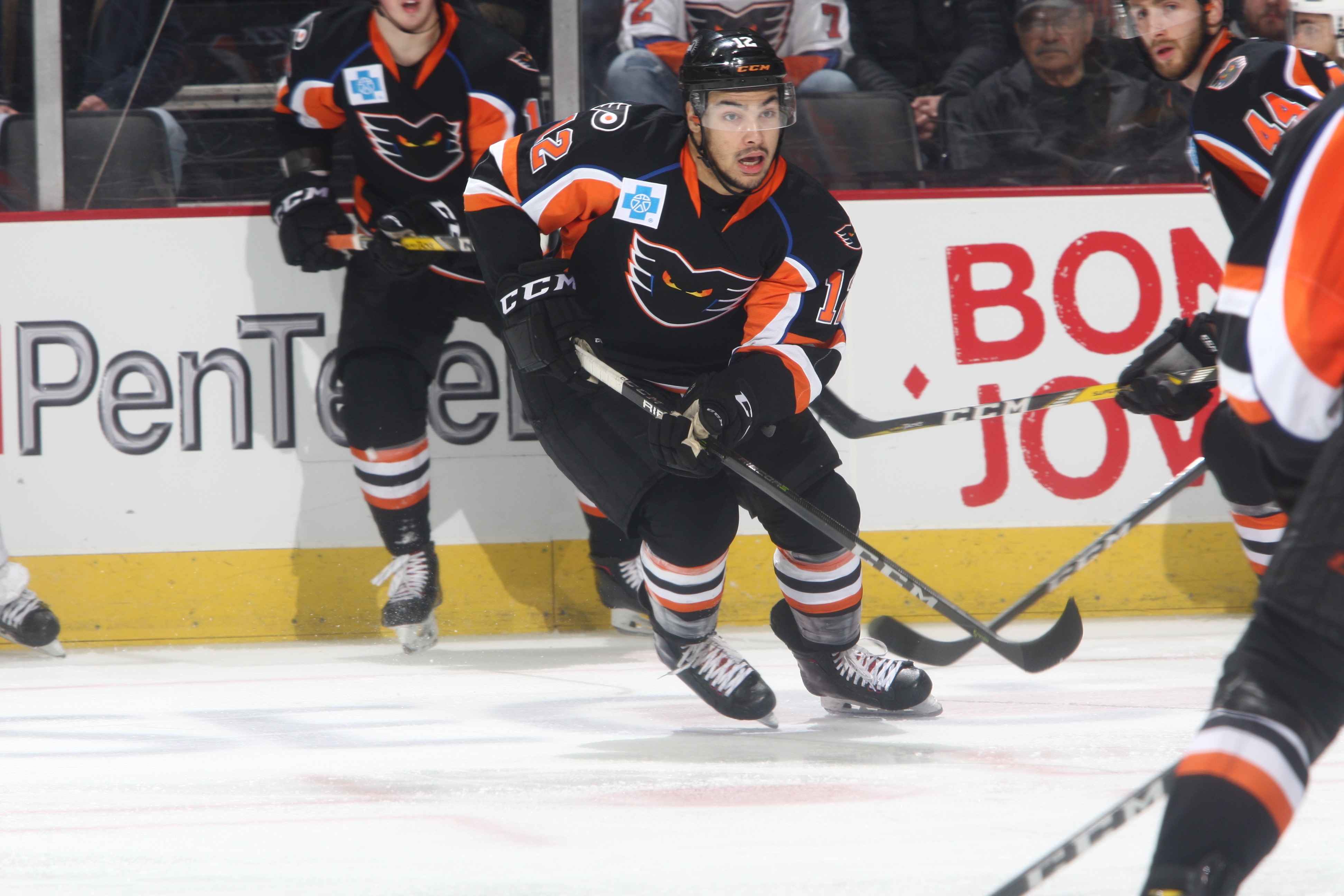 The Philadelphia Flyers, parent club of the Lehigh Valley Phantoms, announced today that they have loaned forwards Tyrell Goulbourne and Carsen Twarynski to the Phantoms ahead of the team’s final preseason game against Boston on Saturday afternoon.

Both players will join the Phantoms Training Camp that is already in progress in Allentown.

Goulbourne, who is entering into his fourth professional season, scored eight goals and tallied 11 assists for 19 total points over the course of 63 games with the Phantoms this past season.  The 24-year old also made his NHL debut in 2017-18, appearing in nine games with the Flyers.

A 20-year old out of Calgary, Alberta, Twarynski recently completed four years in the WHL in which he recorded 182 points (88G-94A) across 257 games.  He joined the Phantoms on a ATO at the tail end of the 2017-18 season and suited up for five games, registering his first professional goal and an assists for a total of two points.

Lehigh Valley will play two more preseason contests — on September 28 and 29 against the Charlotte Checkers — prior to the start of the 2018-19 season on October 6.  Tickets for both preseason home games are on sale now and can be purchased online by clicking HERE.