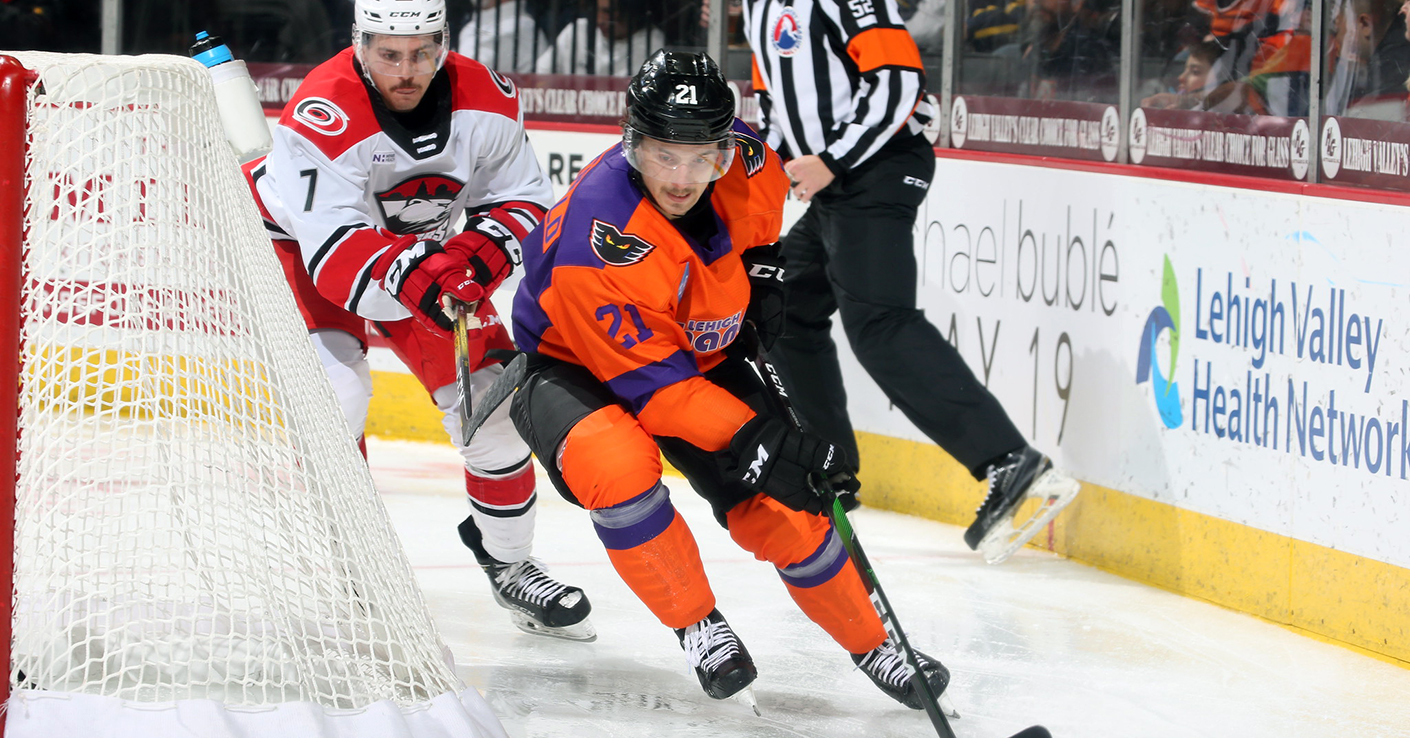 Lehigh Valley, Pa – You can Shout It Out Loud, the Lehigh Valley Phantoms (7-5-1-4) returned to PPL Center on Wednesday night and picked up a 3-2 victory over the Charlotte Checkers (6-7-2-0) as they celebrated KISS Night. The two teams played an exciting back-and-forth game that saw seven different Phantoms record points including two-point efforts from forward Mikhail Vorboyev (one goal, one assist) and Tyler Wotherspoon (two assists) and was capped off with Gerry Fitzgerald’s game-winning goal with 2:40 left in the game. Alex Lyon made 32 saves including a heroic stop late to secure the win for Lehigh Valley. 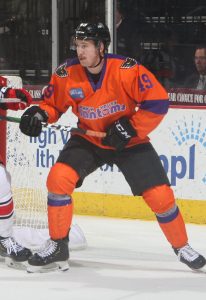 Returning home from a tough road trip, the Phantoms looked to get off to a strong start on Wednesday night against the Charlotte Checkers. Their strong effort early in the first period would pay off as they were the first team to strike in the opening 20 minutes. Forward Pascal Laberge raced his way up the boards and past numerous Charlotte defenders before making his way to the net and sliding the puck past Charlotte goalie Alex Nedeljovic. For Laberge it was a great way to start off his 2019-20 season in Lehigh Valley after scoring six points in 14 games for the Reading Royals before being recalled by the Phantoms on Tuesday. Mikhail Vorobyev and Matthew Strome received the assists on the play. For Vorobyev, it was his fourth assist of the season while for Strome it was his first point of the season. Phantoms goalie Alex Lyon was also strong in the first period of action, stopping all 13 shots the Checkers sent his way. The Phantoms headed into the first intermission with a 1-0 lead.

The Phantoms made it a 2-0 goal lead early in the second period when Mikhail Vorobyev picked up his second point of the night after finding the back of the net off a Nedeljkovic rebound. Defenseman Tyler Wotherspoon picked up the initial assist on the goal after ripping a rocket towards Nedeljkovic that bounced perfectly to Vorobyev’s stick, who as able to flick it home for his fifth of the season. Defenseman Andy Welinksi also picked up an assist on the goal as well giving him nine points in 11 games this season for the Phantoms.

The Checkers would cut the Phantoms lead to one goal in the final minute of the second period thanks to forward Casey Bailey. The Penn State product was able to grab a loose puck in front of the net and then fired off a quick wrist shot to beat Lyon glove side for his first goal of the season. 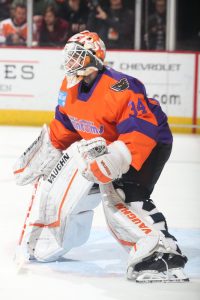 In the third period, the Checkers would tie the game as forward Hunter Shinkaruk was able to work his way towards the net and then slid the puck past the side of Lyon at the 4:09 mark of the period. The two teams for the remainder of the period would exchange opportunities with both teams having close scoring chances.

The Phantoms made sure the fans could Rock and Roll All Nite as they found the game winner in regulation as Gerry Fitzgerald scored his first goal of the season to make it a 3-2 game with 2:40 left off what he called a “pass off the pad” from Nate Prosser. The Phantoms defense was able to clamp down on the Checkers in the final few minutes of regulation, only allowing two shots after Fitzgerald’s goal despite the Checkers having an empty net.

Phantoms goalie Alex Lyon was a huge part of the victory on Wednesday night stopping 32-of-34 shot attempts and made several big saves at key moments late in the third period. For Lyon, the win is his fourth of the season, moving his record to 4-3-2 on the season.