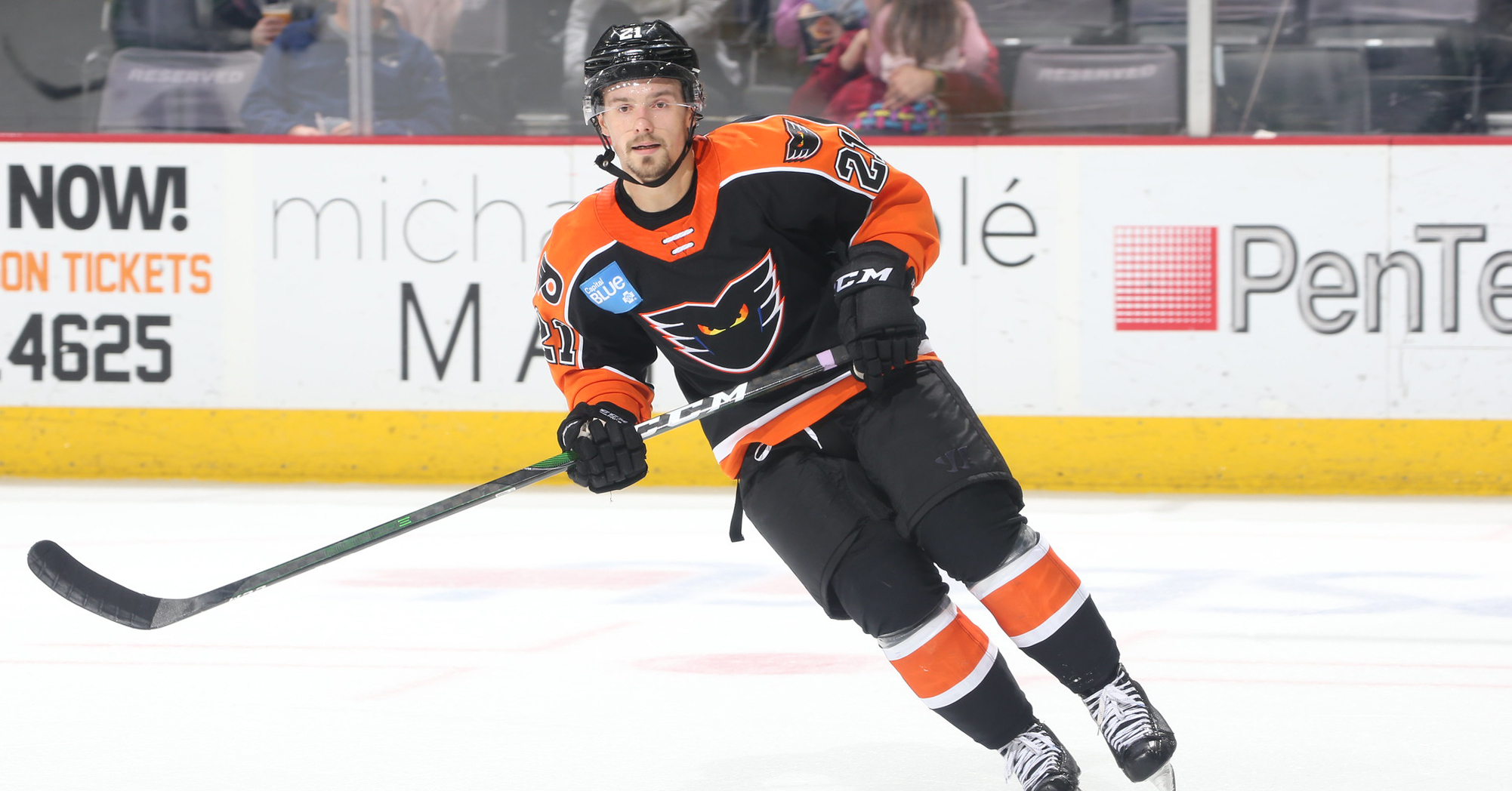 Phantoms Conclude 3-in-3 Tomorrow Against Hershey

Lehigh Valley, Pa. – The Lehigh Valley Phantoms (12-15-1-4) fell to the Utica Comets (19-10-2-2) on Saturday night by a score of 4-2 in the first meeting between the two teams this season. Gerry Fitzgerald scored for the second consecutive game for the Phantoms and Kurtis Gabriel scored his first goal since the second game of the season. Former Phantoms forward, Justin Bailey scored the game-winner for the Utica Comets.

In the first meeting with the Utica Comets this season, and only at PPL Center, the Comets were able to get on the board first as Kole Lind with 1:32 left in the first period. 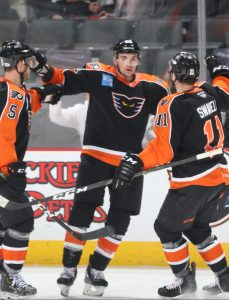 Action picked up drastically in the second period as the two teams combined for four goals in the frame. At 12:43 in the middle frame, the Phantoms evened the score at one. With a sprawled out DiPietro in net, Kurtis Gabriel corraled a loose puck and backhanded it into the net to tie the game at 1-1. The goal was Gabriel’s second of the season and first since October 11 when he tallied the Phantoms first goal of the 2019-20 season. Just mere seconds later, the Phantoms took the lead as Gerry Fitzgerald beat a screened DiPietro making it a 2-1 game. The goal was Fitzgerald’s fourth of the season and second in as many games.

Not too long after Fitzgerald’s goal, Utica tied the game back up at 2-2 as Wacey Hamilton was able to rip a one timer from the side of the net past Berube. Before the end of the second period, Utica recaptured the lead as the former Phantom, Justin Bailey slid a puck past Berube making it a 3-2 game. The one-goal lead for Utica would hold heading into the second intermission. Bailey’s goal marked the end of fast and furious two minutes of action that saw three total goals.

Down one goal entering the third period, the Phantoms came out aggressive looking for a potential game tying goal. The Phantoms lead the third period shot total 10-6 but were unable to get past DiPietro to tie the game. In the final minute of the third period, Sven Baertschi sealed the victory for the Comets as he scored an empty-net goal to make it a 4-2 game.

Next Up: The Phantoms will be right back on the ice on Sunday afternoon to take on in-state rival, the Hershey Bears two wrap up the 3-in-3 and finish 2019.