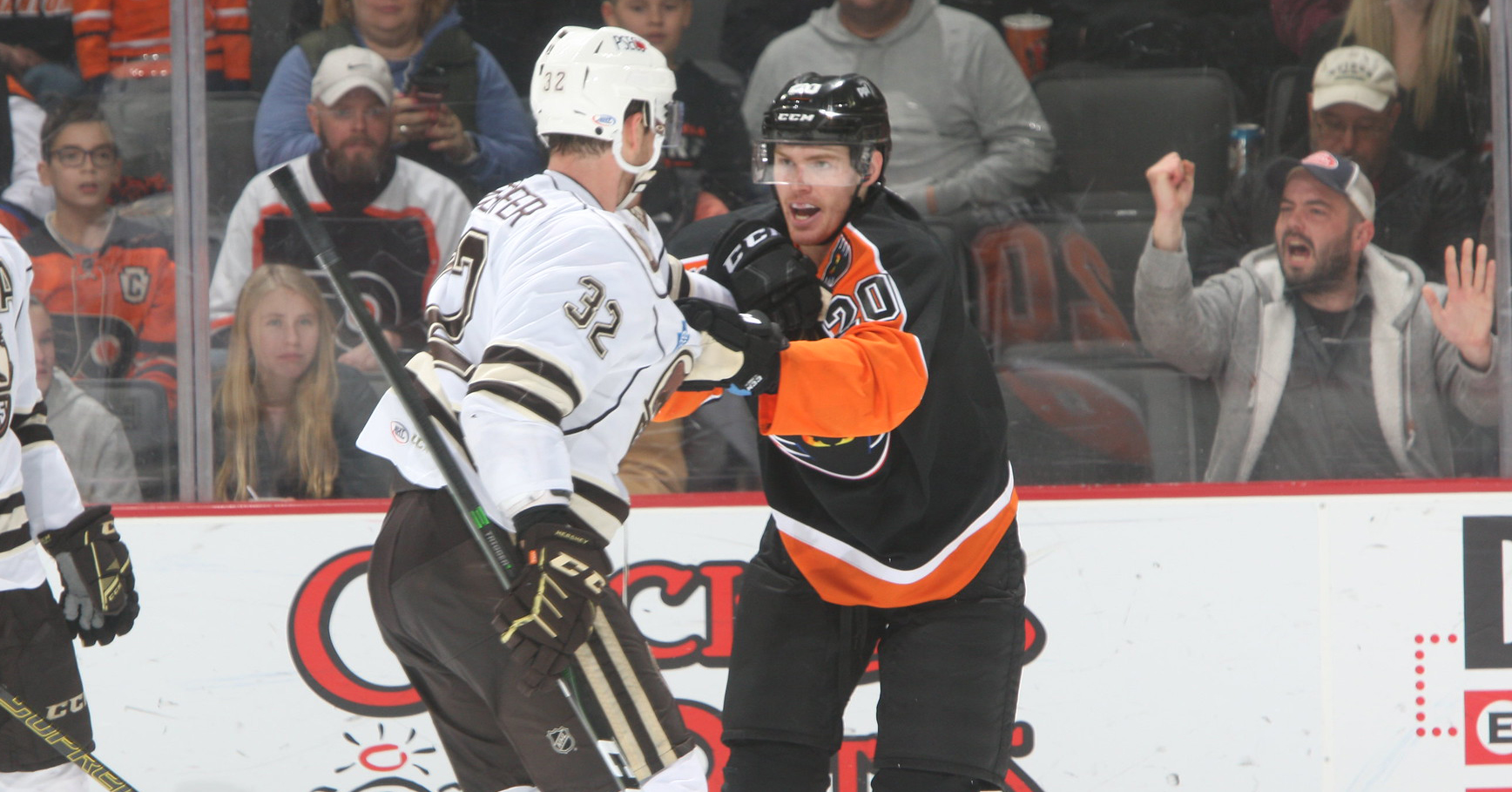 The first period of Sunday’s matinee was a showcase of Alex Lyon’s goal-tending abilities. The veteran netminder was terrific for the Phantoms in the first 20 minutes of the contest, making save after save. The Bears totaled 15 shots on net during the period but Lyon was unfazed. He was even able to overcome losing his stick in a wild scramble and at one point had his helmet knocked off, however, none of it would affect him as he kept the Bears off the scoreboard.

Down three goals, the Phantoms looked to get on the board in the third period. The Phantoms put together their best period in terms of getting nine pucks on the net. Milner, however, would not concede to the Phantoms.

NEXT TIME OUT: The Phantoms will kickoff 2020 with a four-game road trip, starting Friday, January 3 in Laval to take on the Rocket. They will continue their trip around Canada, facing Belleville on Saturday and Toronto on Sunday.