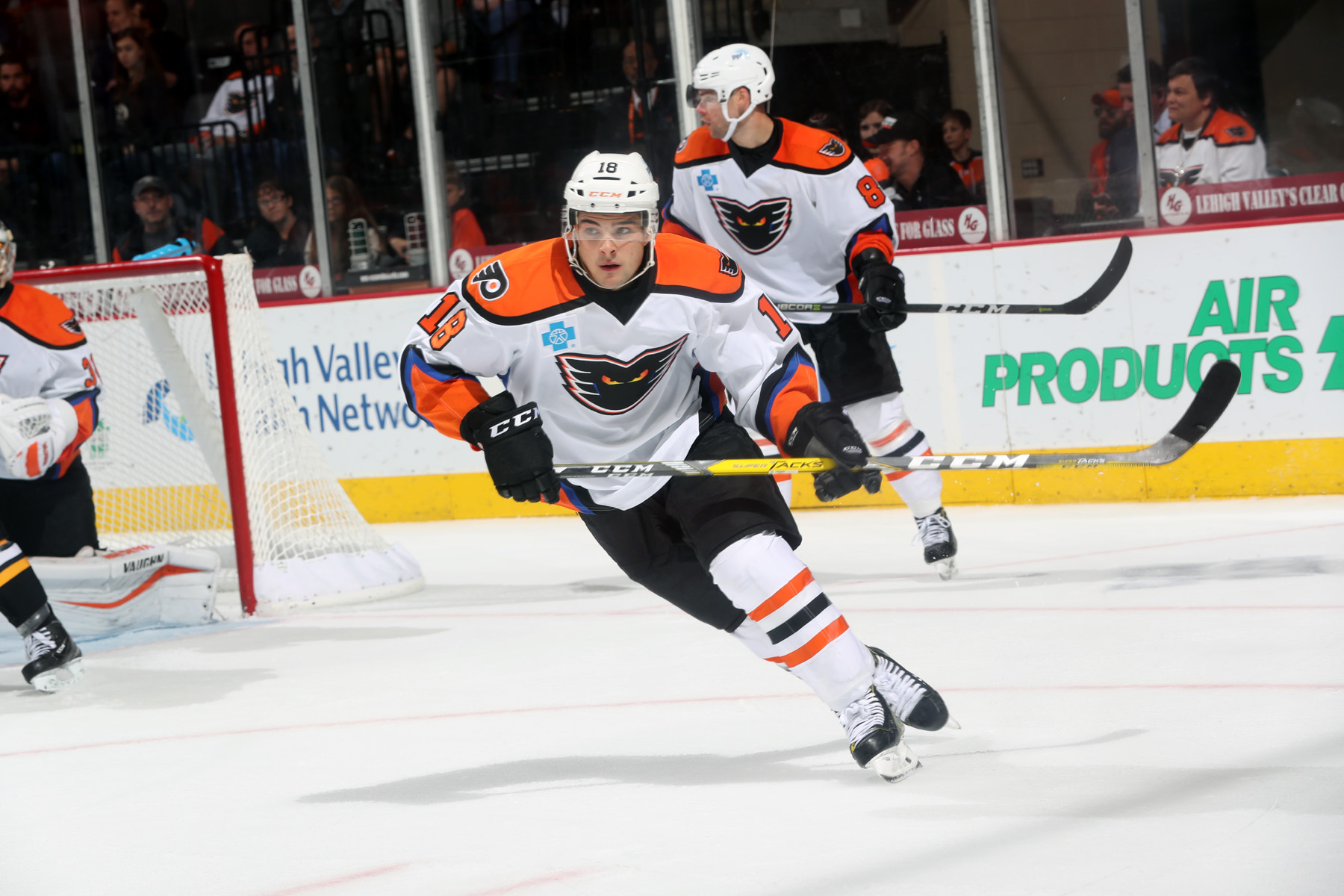 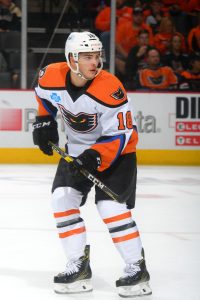 A 22-year-old forward from Drummondville, Quebec, Martel is in his third professional season and currently leads all Phantoms and all AHL skaters with 14 goals this season. He’s found the back of the net in 10 of 17 games this year and produced a six-game goal-scoring streak from October 27 to November 8. He’s currently tied for 11th among all AHL skaters in total scoring with 19 points (14 goals, 5 assists).

Martel was recalled by Philadelphia last Wednesday and made his NHL debut that evening in a 4-3 overtime setback at the New York Islanders. In all, the 5’8″, 166-pound winger recorded six shots on goal while averaging just over 10 minutes of ice time across four outings with the Flyers.

In the midst of a season-high six-game home stand, the Phantoms host three games at PPL Center this week. Lehigh Valley returns to action tonight when the club welcomes the Binghamton Devils to downtown Allentown for the first time this season. Wednesday’s game features a Post-Game Skate with the Phantoms presented by Big Woody’s. A limited number of tickets remain for Wednesday’s game and can be purchased online HERE.