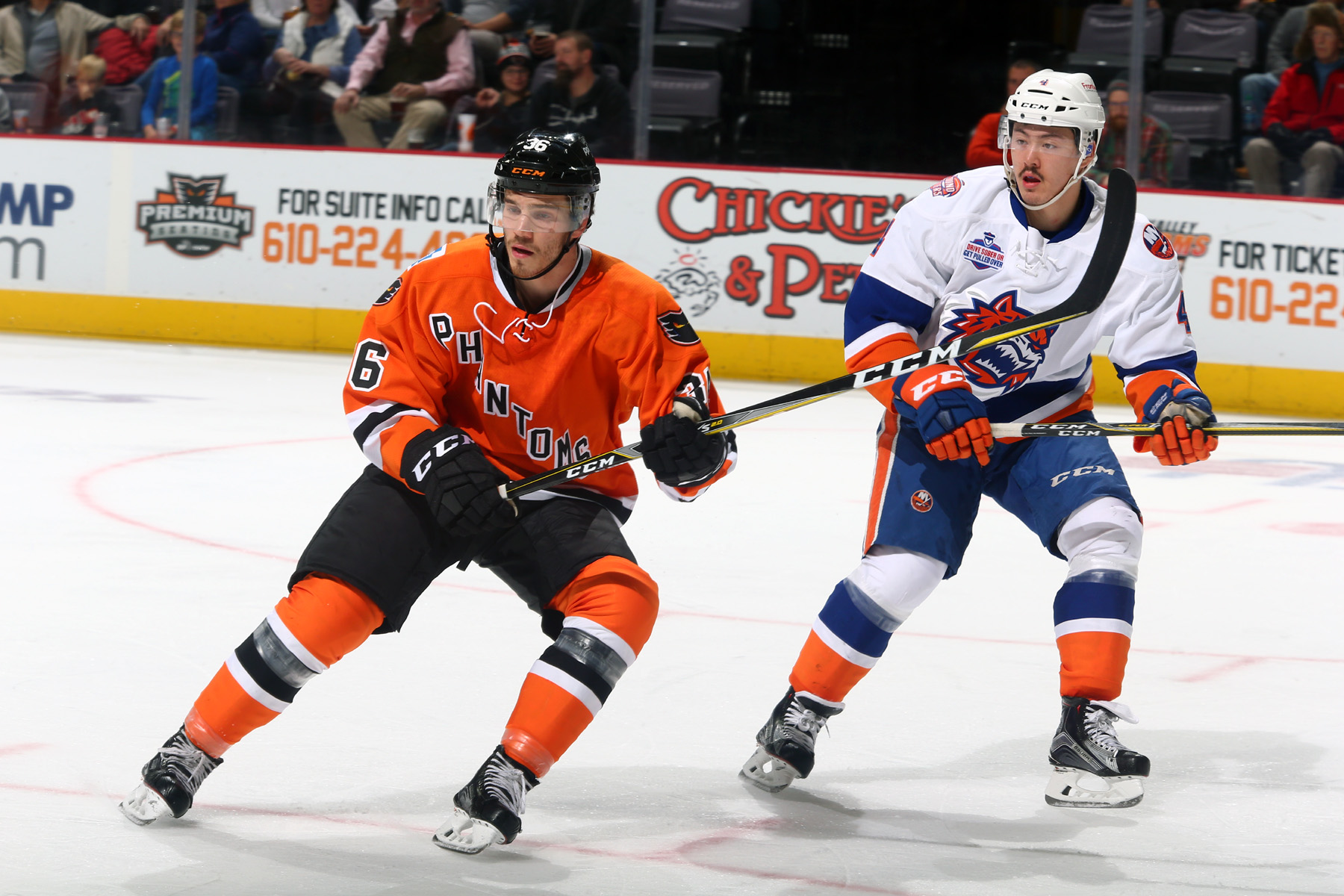 Phantoms Return to PPL Center this Saturday vs. Syracuse

Lehigh Valley, PA – The Lehigh Valley Phantoms, proud AHL affiliate of the Philadelphia Flyers, have recalled from loan forward Alex Krushelnyski from the Reading Royals of the ECHL and have returned on loan defenseman Frank Hora to Reading. 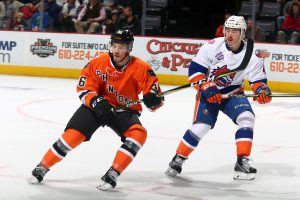 A 27-year-old forward from Los Angeles, Krushelnyski is in his fourth professional season and currently leads all Royals in total scoring with 22 points (10 goals, 12 assists). He’s appeared in three games with Lehigh Valley this season and 52 career AHL outings during which he’s compiled three goals, six assists and nine total points in time with the Norfolk Admirals, Hartford Wolf Pack, Binghamton Senators and Phantoms.

A 21-year-old blueliner from Cheektowaga, New York, Hora is in the midst of his first professional campaign and has tallied three assists in 17 games with Reading. Before starting his pro career, Hora spent the past four seasons in the Ontario Hockey League (OHL) where he recorded 11 goals, 80 assists and 91 total points across 241 games with the Kitchener Rangers.

The Phantoms are back in action this Tuesday, December 12 when the team heads to Charlotte to kick off a two-game set with the Checkers. Lehigh Valley then returns to PPL Center this Saturday, December 16 when it welcomes the Syracuse Crunch, AHL affiliate of the Tampa Bay Lightning, to downtown Allentown for the first and only time this season. A limited number of tickets remain for Saturday’s game and can be purchased online HERE.