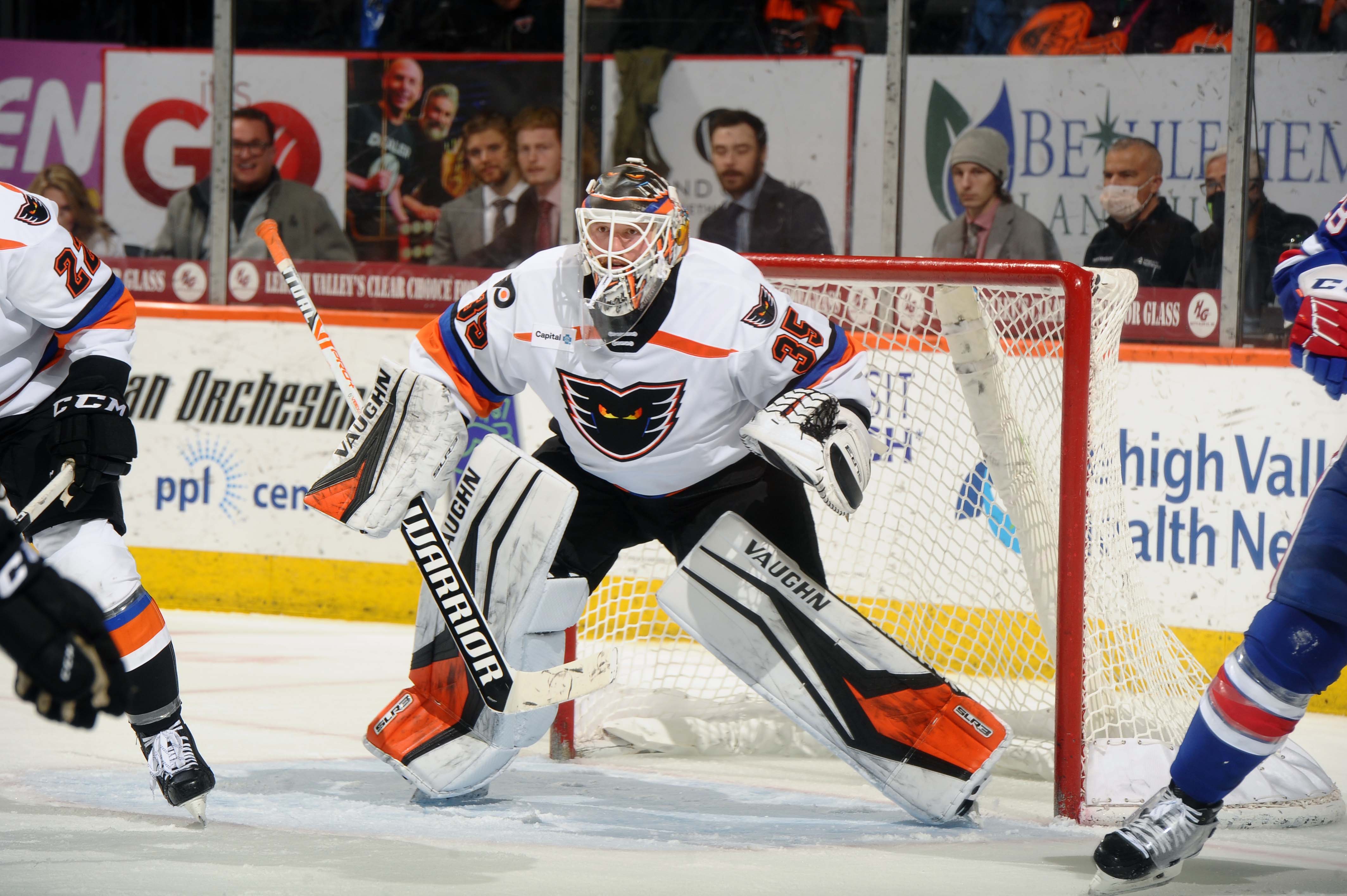 Phantoms at Cleveland This Weekend

Lehigh Valley, PA – The Lehigh Valley Phantoms have announced that goalie Pat Nagle has returned to the Phantoms’ roster from the USA Olympic Team. The Phantoms also announced they have re-signed forward Alexis D’Aoust to a new PTO (Professional Try Out) contract. D’Aoust had just been released from a PTO on Wednesday and has signed a new one on Thursday.

Nagle, 34, as had a terific season with the Phantoms going 7-0-3, 2.37, .911. The veteran goalie is the ECHL’s active career wins leader with 198 victories.  Nagle made the USA Olympic team and has been in Beijing, China. Team USA went undefeated in the preliminary round, including a 4-2 win against Canada, but the Americans were upset in the tournament quarterfinals by Slovakia. 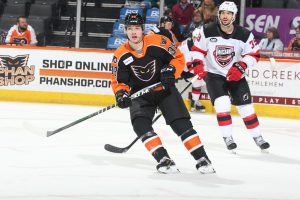 D’Aoust, 25, returns to the Phantoms from the Trois-Rivieres Lions of the ECHL where he has scored 15 goals with 15 assists this season. He has played three games with Lehigh Valley recording zero points and has six total games in the AHL this year including two games with the Belleville Senators and one game with the Providence Bruins.

The Phantoms return to action Friday at 7:00 p.m. and Saturday at 1:00 p.m. with a pair of games at the Cleveland Monsters.