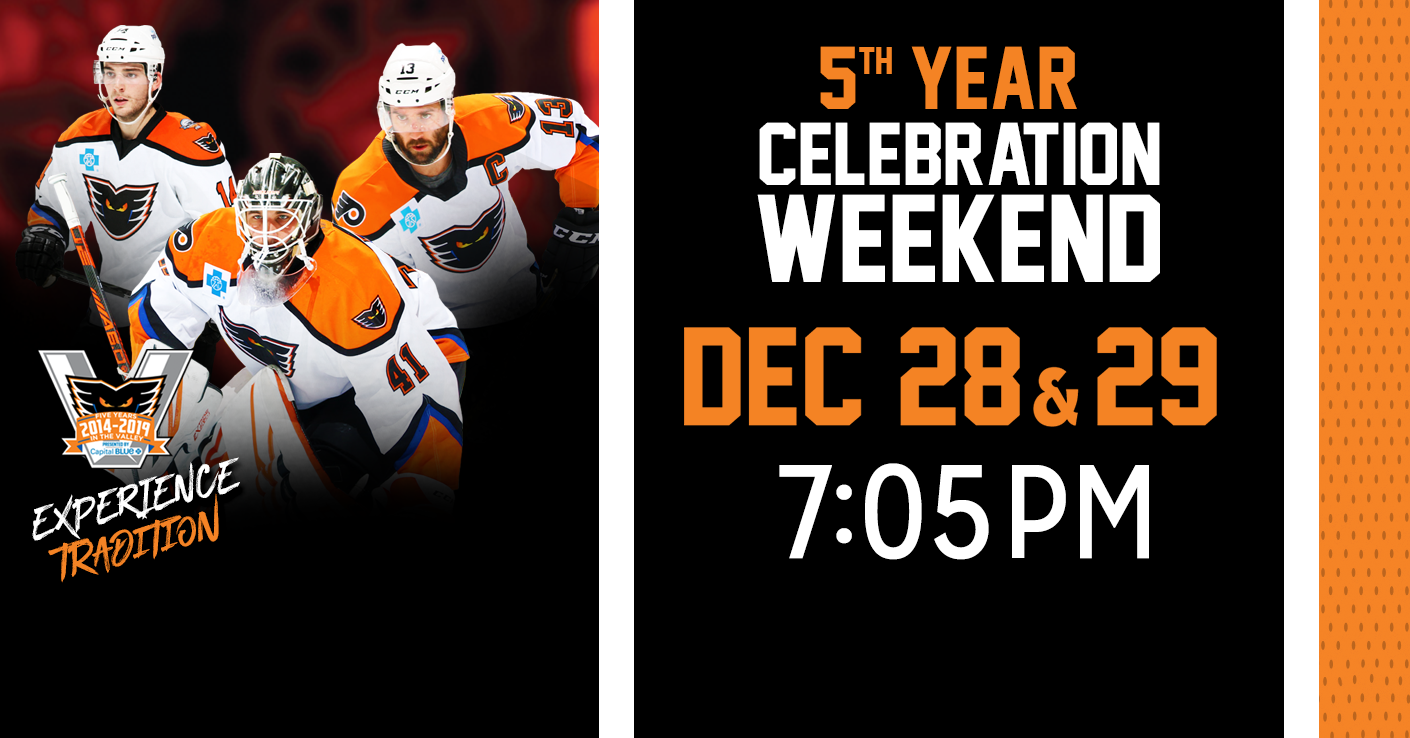 Phan Nation!  To celebrate our fifth year in the Lehigh Valley, we will be having a special Fifth Year Celebration Weekend taking place during the Phantoms games inside of PPL Center on December 28 and 29.  We’ve got a lot of memories to share, but are asking for your help in selecting the Intro Videos that are played when the players take the ice. Vote for your two (2) favorites from now until Wednesday, December 26, and the videos with the most votes will be played prior to the games that weekend.

We went back over the past seasons and pulled them all together for your viewing pleasure.  To vote for your favorites, select the corresponding choice from the form below and click submit!

Oops! We could not locate your form.