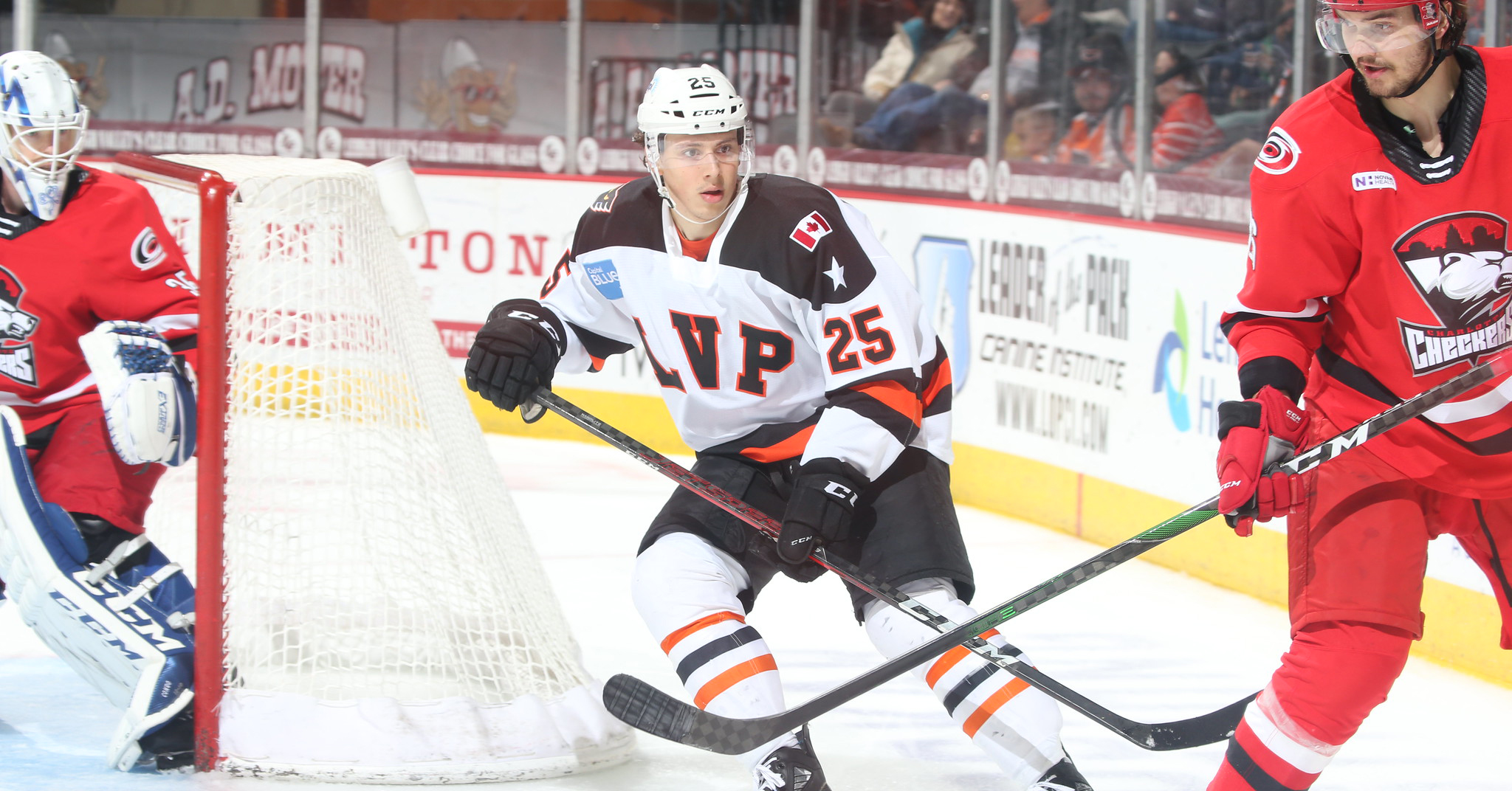 Lehigh Valley, Pa. – The Lehigh Valley Phantoms (24-25-2-6) returned home on Friday night from a four-game road trip seeking their fifth win of the season over the Charlotte Checkers (30-21-4-0). They picked up 5-3 victory while wearing specialty 1980 U.S. Olympic team style jerseys, in a game that included multiple points from Connor Bunnaman (two goals), Morgan Frost and Mark Friedman (two assists each). Alex Lyon made 29 saves in the win.

Charlotte struck first on Friday night, taking a 1-0 lead just over four minutes into the game on a goal from Jake Bean. Roland McKeown took the puck into the zone, and passed it across to Bean, who ripped a shot passed Phantoms goalie Alex Lyon. 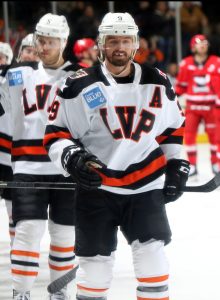 The Phantoms tied it up at 1-1 six minutes later thanks to a goal from Cal O’Reilly. David Kase gathered a deflected puck on the right side of the goal line and passed it to a waiting O’Reilly in the crease, who quickly redirected it in past Checkers goalie Mike Condon for his sixth goal of the season.

Andy Andreoff put the Phantoms up 2-1 with four and a half minutes remaining in the first period with a snap shot into the top corner of the net. He started the play in the defensive zone, passing it up the ice to Nate Prosser, who relayed it to Morgan Frost, setting up a pass back to Andreoff in the right circle who fired it home. The goal was Andreoff’s ninth of the season.

After Mikhail Vorobyev was whistled for a delayed penalty, Mike Condon began skating back toward Charlotte’s bench to send out the extra attacker. The Checkers tried to play it back to their goaltender who had vacated the crease and the pucked rolled into their own empty net for a Phantoms goal. Maksim Sushko was the last Phantom to touch the puck so he was credited with the goal, his 11th of the season, and gave Lehigh Valley a 3-1 with under five minutes left in the second period. 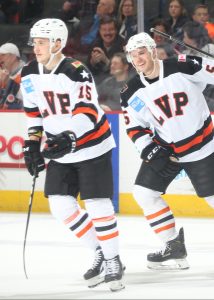 The Checkers drew within a goal two minutes into the third period on a goal from Mark Cooper. Jake Bean ripped a shot from the top of the zone that was deflected in by Cooper, giving Bean his second point of the game.

The Phantoms would score their eighth shorthanded goal of the season with under five minutes remaining in the game to regain the two-goal lead. Bunnaman and Isaac Ratcliffe skated into the zone together on a two-on-one, and Ratcliffe dished a saucher pass across the slot to Bunnaman, who buried it for the goal in his return to the Phantoms after a 12-game stint up with the Flyers.

The Checkers responded almost immediately with a goal from Max McCormick to draw within one goal once again. Charlotte’s one-goal deficit was short lived as Bunnaman scored his second goal of the night on an empty net, poking the puck in from the blue line to seal the 5-3 Phantoms win.

NEXT TIME OUT: The Phantoms will continue Miracle on Ice Weekend on Saturday night at 7:05 p.m. as they once again take on the Charlotte Checkers at PPL Center.