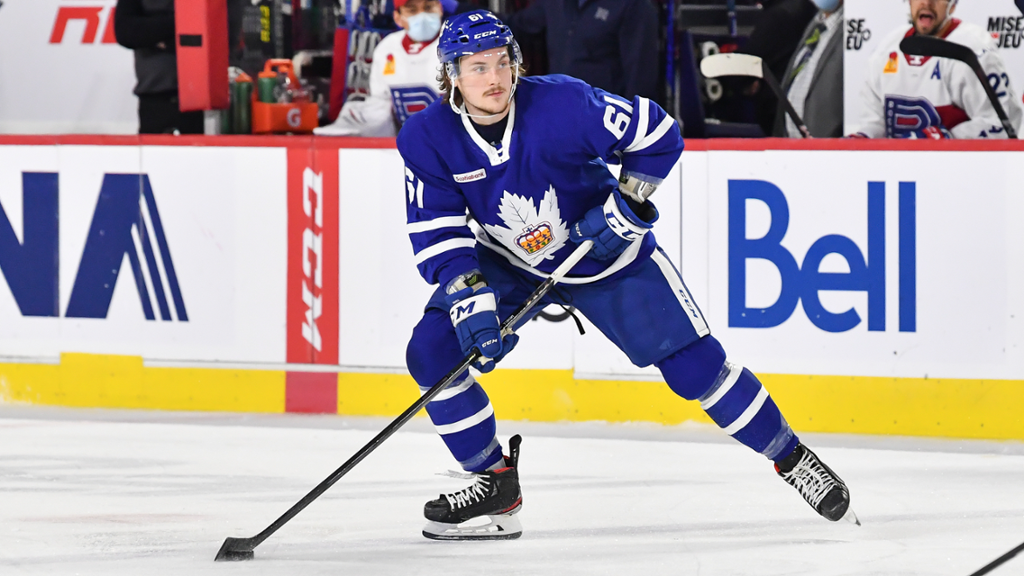 Lehigh Valley, PA – The Philadelphia Flyers announced they have acquired defenseman Brennan Menell from the Toronto Maple Leafs in exchange for future considerations, according to President of Hockey Operations and General Manager, Chuck Fletcher.

Menell played for Toronto’s American Hockey League affiliate, the Toronto Marlies, and has been assigned to the Flyers’ AHL affiliate, the Lehigh Valley Phantoms.

He set a franchise record with five assists in one game on March 3, 2019 in a 5-4 win for Iowa at the Ontario Reign. Cal O’Reilly scored one goal with three assists in that game in which Iowa went 4-for-6 on the power play.

A native of Woodbury, Minn., Menell played three seasons in the Western Hockey League (WHL) with the Vancouver Giants (2014-15 to 2015-16) and Lethbridge Hurricanes (2016-17) where he totaled 21 goals and 124 assists for 145 points in 196 regular season games. Menell was invited and appeared at the Flyers Development Camp in the summer of 2016.

The Lehigh Valley Phantoms play a pair of games in Canada this weekend including a Friday tilt at the Laval (Que.) Rocket followed by a Saturday game at the Belleville (Ont.) Senators.