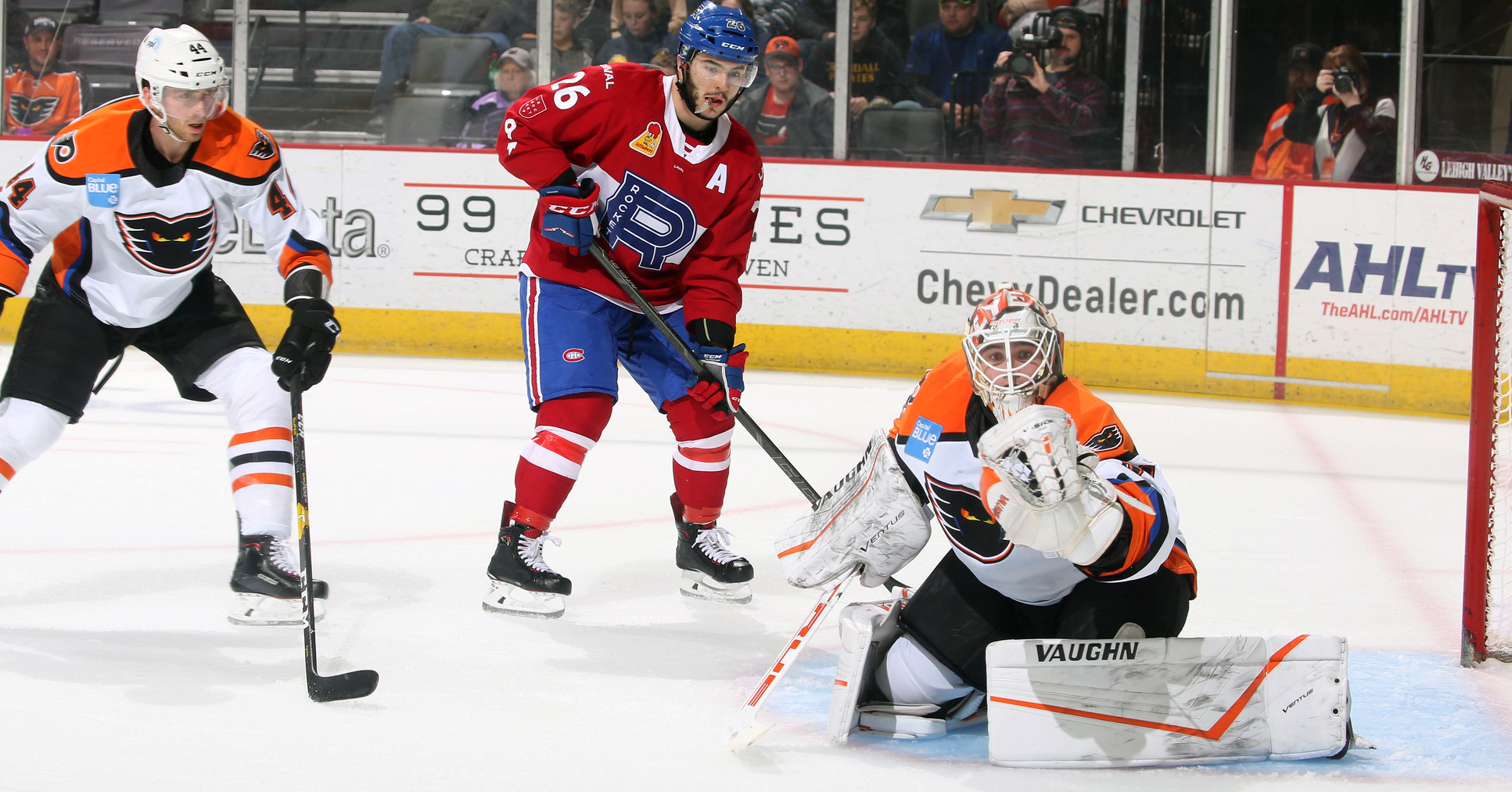 Lehigh Valley, Pa. – Alex Lyon recorded a Lehigh Valley record sixth career shutout, making a season-high 37 saves, as the Lehigh Valley Phantoms (14-19-1-4) defeated the Laval Rocket (20-15-3-1) on Saturday at PPL Center by a score of 2-0. It was Lehigh Valley’s first shutout of the season. Lyon’s performance was supported by goals from Kyle Criscuolo and Tyler Wotherspoon. 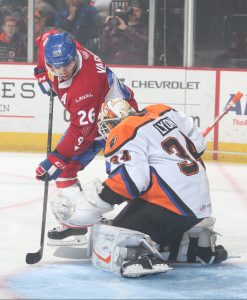 Offense was slow for both teams to start the game, as it took five minutes for either team to generate a shot. The Phantoms had a scoring chance on a Connor Bunnaman breakaway, but his shot went wide of the net. Laval was able to produce three times as many shots as the Phantoms but Alex Lyon was able to make nine saves and help kill off three penalties to keep Lehigh Valley in the game through 20. 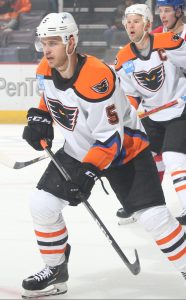 Despite having recorded only nine shots leading up to it, the Phantoms scored the first goal of the game at the 16:21 mark in the second period. Bunnaman passed the puck to James de Haas at the top of the right circle, who ripped a slap shot that was deflected in front and poked into the net by Kyle Criscuolo for his fifth goal of the season. Bunnaman registered his first assist of the season on the tally and de Haas picked up his second.

The Phantoms extended their lead to 2-0 less than four minutes into the third period, when Tyler Wotherspoon scored on a wrist shot from the top of the zone. Laval goalie Keith Kinkaid was unable to make a play due to poor visibility caused by screens from Andy Andreoff and Mikhail Vorobyev, and the puck found it’s way to the back of the net for Wotherspoon’s third goal of the season.

Alex Lyon was sensational in net for the Phantoms throughout the entire game, making 37 saves on his way to the first shutout of the season and sixth of Lyon’s career, making him the sole leader in Lehigh Valley history in shutouts, breaking a previous tie with Dustin Tokarski.

NEXT TIME OUT: The Phantoms will celebrate Star Wars tomorrow as they continue their first home stand of 2020 against the Cleveland Monsters (17-17-1-2) at 3:05 p.m. It will be the final game of a 3-in-3 for Lehigh Valley.