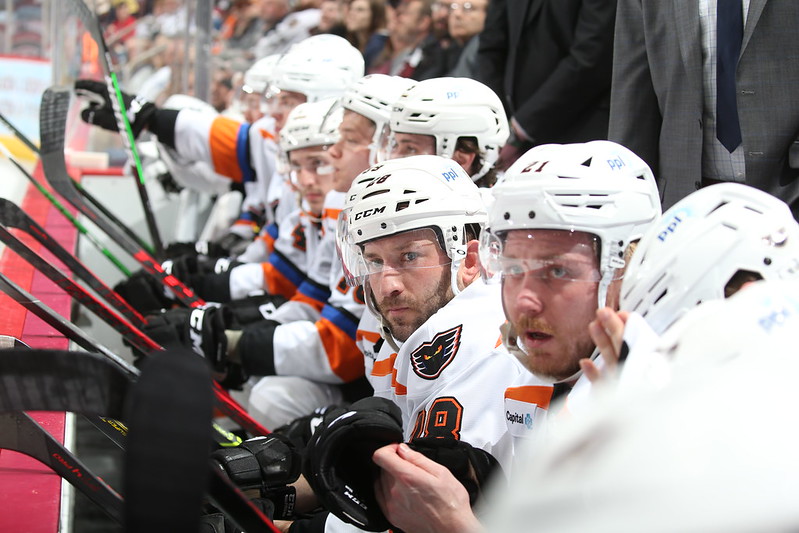 The Philadelphia Flyers have announced that 18 players have been assigned to the Lehigh Valley Phantoms, according to President of Hockey Operations and General Manager, Chuck Fletcher.

There are still 45 players remaining in the Philadelphia Flyers Training Camp taking place in Voorhees, NJ.

Additionally, forwards Isaac Ratcliffe and Linus Sandin were placed on waivers for the purpose of assigning them to Lehigh Valley in the future.

Today’s transactions include 12 players who were part of the Phantoms last season or previously with veteran leaders and captains Cal O’Reilly and Garrett Wilson among the group as well as Felix, Hogberg, Gerard, Kile, Millman, Wisdom, Wylie, and Zech along with Ratcliffe and Sandin.

Lehigh Valley opens its Training Camp this Sunday at PPL Center with the Phantoms Training Camp Open Practice presented by PenTeleDate which is exclusive just for Premier and Premier Plus Members and our sponsors.

The Flyers have upcoming preseason games this Saturday and Sunday at the Boston Bruins and at the New York Islanders.