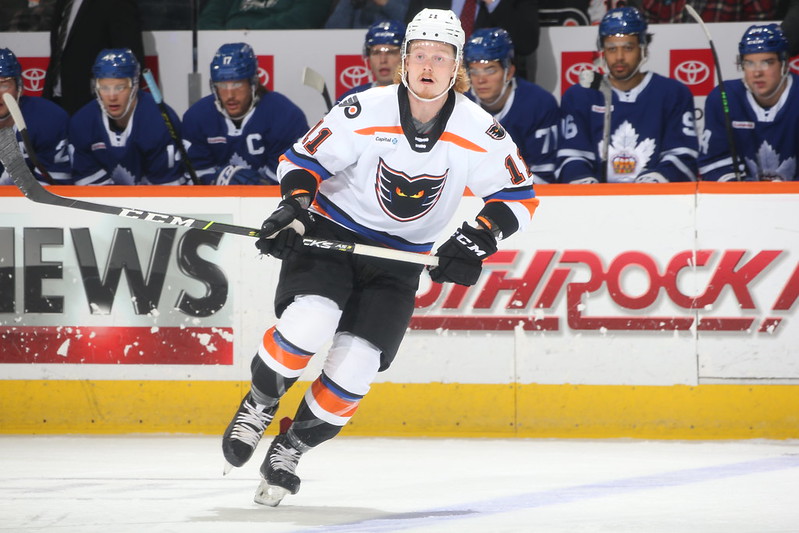 Lehigh Valley, PA – The Philadelphia Flyers have announced that forward Wade Allison has been acitvated from injured reserve and has been loaned to the Lehigh Valley Phantoms according to Flyers’ President of Hockey Operations and General Manager, Chuck Fletcher.

Allison, 24, has played seven games with the Phantoms this season scoring three goals with one assist while also appearing in one game with the Flyers. The Flyers’ second-round selection in 2016 out of Western Michigan University who is in his second pro season has had limited playing time this year due to three different injuries.

Allison began the 2021-22 campaign on the shelf following a preseason ankle injury and was activated for his first game of the season on December 11. Just three games in, he sustained an upper-body injury on December 17 and did not return to action for almost another month eventually playing again on January 14. Allison was recalled to the Flyers but had a knee injury and MCL sprain in a January 22 game at Buffalo

Last year, the 6’2″ right wing with a righty shot racked up four goals and five assists for nine points in just 10 games with the Phantoms and also scored 4-3-7 in 14 games with Philadelphia.

The Lehigh Valley Phantoms host the Charlotte Checkers tonight at 7:05 p.m. in the conclusion of the team’s 25th Anniversary Celebration Weekend.