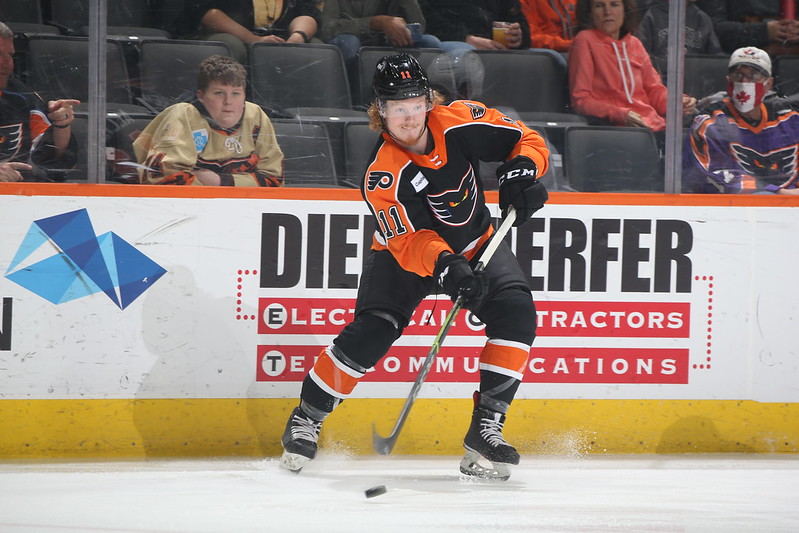 Wade Allison has been signed to a two-year, two-way/one-way contract.

Linus Högberg has been signed to a one-year, two-way contract.

Allison, 24, played one game with the Flyers last January and spent a majority of the season with the Lehigh Valley Phantoms where he recorded 10 goals and seven assists for 17 points in 28 games. 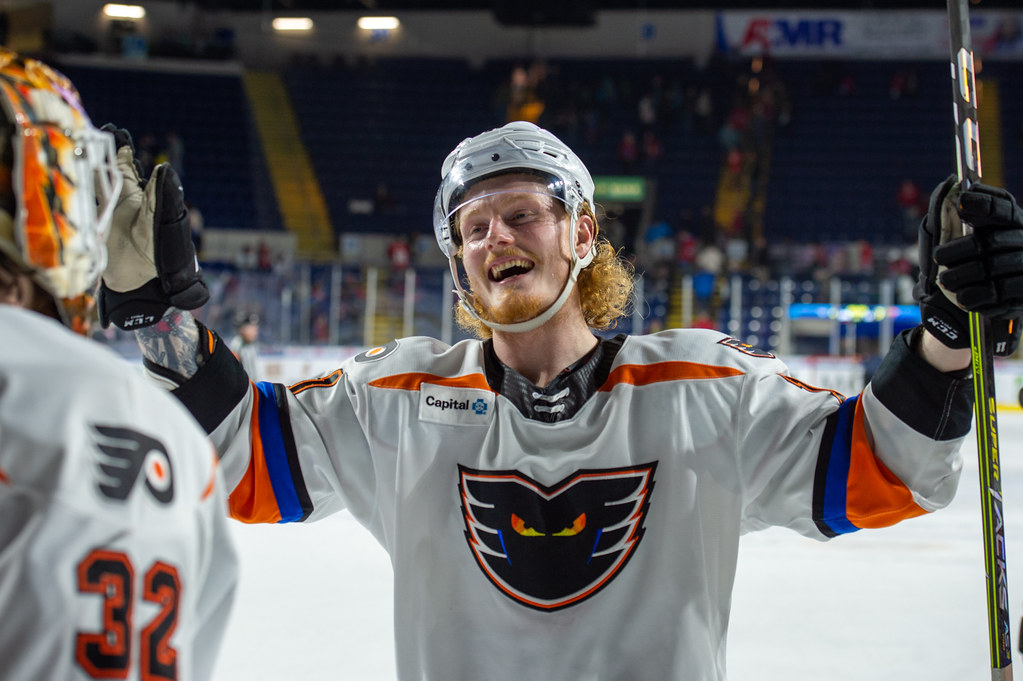 The popular, fan-favorite’s season didn’t begin until December due to injury and then, in January, he thrived in his return from a separate injury as he thrilled the PPL Center crowd during a three-game goal streak. Following a different injury in January, Allison returned on March 11, 2022 with a spectacular three-point performance against the Laval Rocket that included a game-winning goal in the third period.  One week later, his powerful shot found the back of the net twice in a game at Springfield on March 19, 2022 as part of a 7-4 win.

Allison scored one of the most spectacular goals of the season on April 8, 2022 while falling down on a breakaway against the Hershey Bears. He was barely able to reach a puck that was rolling ahead of him but somehow knocked it through the goalie’s legs with a one-handed backhand swat.

The 6-2, 205-pound forward signed an Entry-level contract with the Flyers on March 27, 2020 and has appeared in 38 career games with the Phantoms over parts of two seasons scoring 14 goals with 12 assists for 26 points. He has also played in 15 games with the Philadelphia Flyers, including 14 games in the 2020-21 season, scoring four goals with three assists for seven points.

Prior to turning professional, Allison spent four seasons playing at Western Michigan University where he recorded 97 points with 45 goals and 52 assists in 106 games and a plus-minus rating of +30. He also served as the team’s alternate captain in each of the last two seasons.

A native of Carman, Manitoba, Allison was selected by the Flyers in the second round (52nd overall) of the 2016 NHL Entry Draft.

Högberg, 23, posted eight assists in 58 games for the Phantoms. He also record eight points (2g-6a) in 26 games as a rookie for Lehigh Valley in 2020-21, his first season of playing in North America. 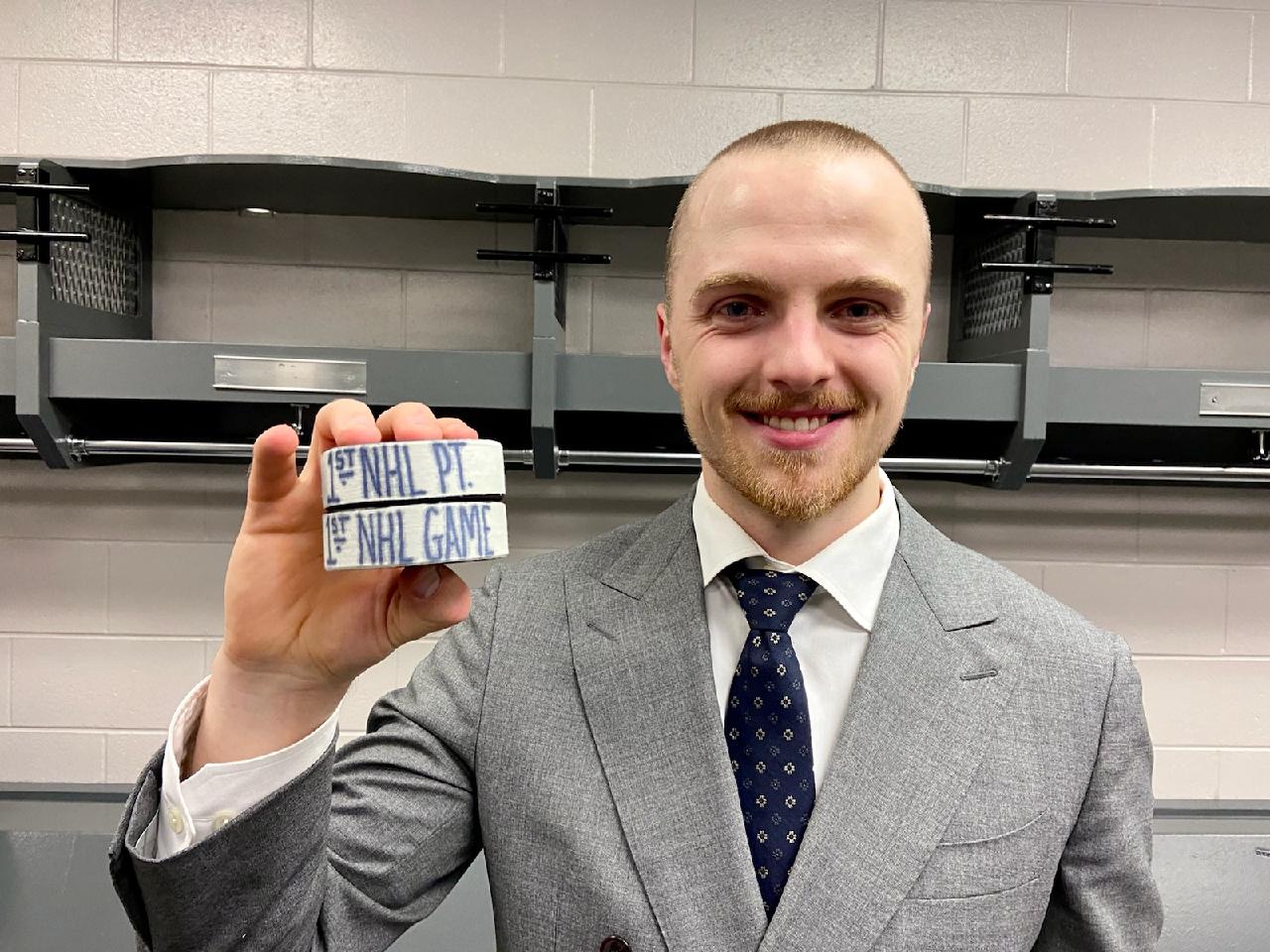 The steady 6-1, 176-pound blueliner was rewarded for his consistent play and hard work with his first NHL recall. Högberg made his NHL debut on Apr. 21 at Montreal where he also recorded his first NHL point with an assist. He appeared in five games with the Flyers. He had assists in each of his first two NHL games and in his five-game stint recorded an average ice time of 17:04.

Prior to coming over to North America, Högberg played his entire junior and professional career in Sweden, mostly for the Växjö Lakers in the Swedish Hockey League, where he helped them win the SHL Championship in 2018.

A native of Stockholm, Sweden, Högberg also represented Sweden on the international stage on several occasions, including the 2018 IIHF World Junior Championship where he helped the team win a silver medal.

He was selected by the Flyers in the fifth round (139th overall) of the 2016 NHL Entry Draft.