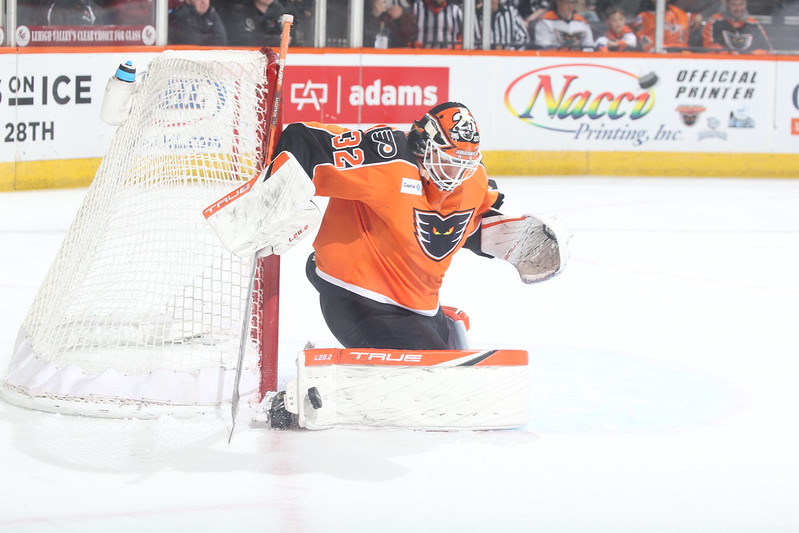 Phantoms at Hershey Tonight in Last Away Game of Season

Lehigh Valley, PA – The Philadelphia Flyers have recalled goalie Felix Sandström from the Lehigh Valley Phantoms according to Flyers’ President of Hockey Operations and General Manager, Chuck Fletcher. Additionally, the Phantoms have loaned defenseman Garrett McFadden to the Reading Royals of the ECHL.

McFadden, 24, is a lefty shooting defenseman from Owen Sound, Ontario who has played in four games with the Phantoms this season. He signed an AHL contract with the Phantoms in January and was loaned to the Reading Royals where he has played in 28 games scoring three goals with 10 assists for 13 points in his professional rookie season. The former member of the Guelph Storm in the OHL played three seasons at Acadia University in Wolfville, Nova Scotia. He also played in four games with the Laval Rocket of the AHL  in 2017-18 prior to attending Canadian college the next year.

The Lehigh Valley Phantoms play their last away game of the season tonight at the Hershey Bears. Next week, the Phantoms have three home games to conclude the 2021-22 season including a Tuesday night matchup against the Springfield Thunderbirds on First Responders Night at PPL Center.