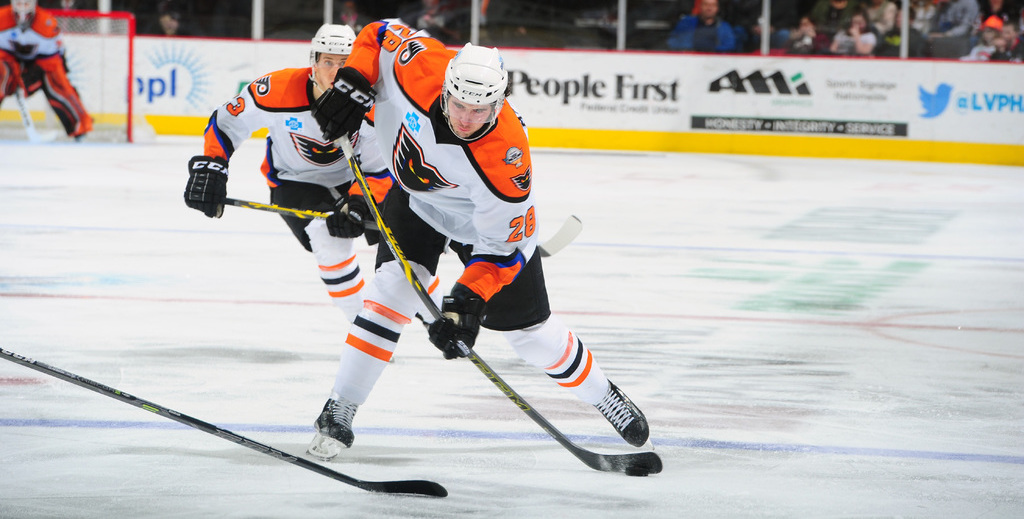 Lehigh Valley, PA – The Philadelphia Flyers, parent club of the Lehigh Valley Phantoms, have returned on loan defenseman Brandon Manning to the Phantoms and have reassigned defenseman Maxim Lamarche from Lehigh Valley to the Reading Royals of the ECHL. 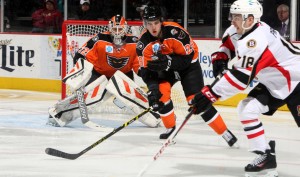 A 24-year-old blueliner from Prince George, British Columbia, Manning returns to Lehigh Valley as the fourth highest scoring defenseman in the AHL with 42 points this season. The 6’2″, 205-pound defender has produced 10 goals and 32 points this year and currently leads all AHLers with 24 power play points.

The Phantoms representative at the 2015 AHL All-Star Classic, Manning was recalled by the Flyers for the third time this season on March 7th and has recorded one assist in four games with Philadelphia this year.

Meanwhile, a 22-year-old defender from Laval, Quebec, Lamarche returns to the Royals where he has compiled seven goals, 18 assists and 25 points in 51 games this season. He was reassigned to the Phantoms on March 10th and appeared in all three Lehigh Valley road victories last week. In six total games with the Phantoms this season, the 6’3″, 218-pound blueliner has notched one assist and four penalty minutes.

The Phantoms kicked off a five-game road trip with three victories in four days last week. After a 4-3 regulation triumph in Toronto on Wednesday, Lehigh Valley outlasted the Providence Bruins 2-1 in a shootout on Friday before earning a come-from-behind 4-2 victory at the Bridgeport Sound Tigers Saturday. The Phantoms cap their road swing with tilts in Hartford and Worcester this Friday and Saturday respectively before returning to PPL Center on Sunday, March 22nd for a rivalry showdown with the Wilkes-Barre/Scranton Penguins. 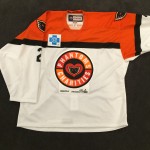