Lehigh Valley, PA – The Lehigh Valley Phantoms, proud AHL affiliate of the Philadelphia Flyers, have recalled from loan forward Pavel Padakin and goaltender Connor Knapp from the Reading Royals of the ECHL. The Phantoms have also loaned forward Joe Rehkamp back to Reading. 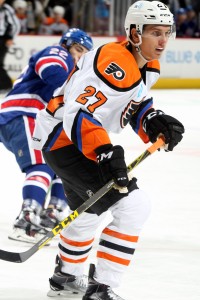 A 21-year-old forward from Kiev, Ukraine, Padakin is in the midst of his first professional season and has tallied one goal, five assists, six points and 10 penalty minutes in 31 games with Lehigh Valley this year. He’s also compiled eight goals, nine assists and 17 points across 26 games with the Royals.

Before starting his professional career, Padakin spent the last three seasons in the Western Hockey League (WHL) where he produced 76 goals, 71 assists and 147 total points over 206 games with the Calgary Hitmen and Regina Pats.

A 25-year-old goaltender from York, New York, Knapp is currently in his fourth professional campaign and has compiled a 10-10-1 overall record in 22 games with Reading this season to go along with a 2.96 goals-against average coupled with a .899 save percentage. He’s appeared in one game this season with the Phantoms and recorded 24 saves while backstopping Lehigh Valley to a 6-5 shootout win over the Hershey Bears on November 27. 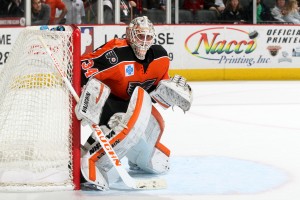 A 25-year-old forward from Plymouth, Minnesota, Rehkamp returns to Reading where he registered three goals, seven assists and 10 points in 18 outings earlier this season. During a 41-game stint in Lehigh Valley, the 5’11”, 185-pound center produced one goal, two assists, three points and 16 penalty minutes.

The Phantoms continue their four-game home stand with three tilts at PPL Center this week. First, on Wednesday, March 23, Lehigh Valley welcomes the rival Hershey Bears to downtown Allentown for the final time this season. Then, on Friday, March 25, the Providence Bruins invade PPL Center for a 7:05 p.m. clash before the Hartford Wolf Pack come to town on Saturday, March 26 for Fan Appreciation Night at PPL Center. A limited number of tickets remain for all three showdowns and can be secured at pplcenter.com, by calling 610-347-TIXX [8499] or in-person at the Mealey’s Furniture Box Office at PPL Center [701 Hamilton Street].