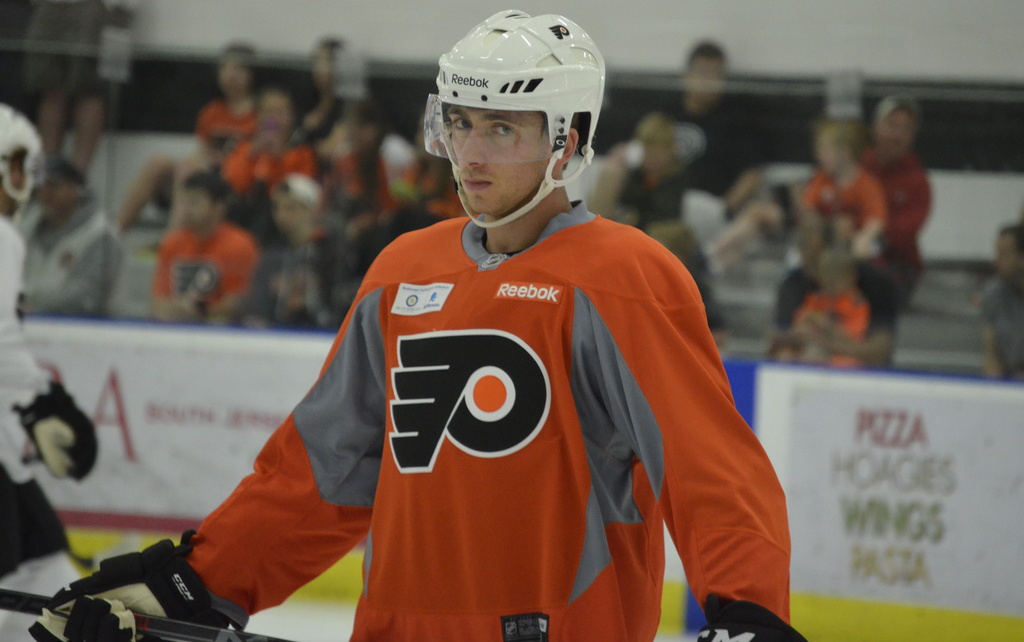 Lehigh Valley, PA – The Philadelphia Flyers, parent club of the Lehigh Valley Phantoms, have signed defenseman Reece Willcox to an entry-level contract that begins with the 2016-17 season, according to general manager Ron Hextall. The 6’4″, 208-pound blueliner from Surrey, British Columbia will report to Lehigh Valley on an ATO (amateur try-out) for the remainder of the 2015-16 season.

A fifth-round selection (#141 overall) by the Flyers in the 2012 NHL Entry Draft, Willcox recently completed a four-year career at Cornell University where he compiled five goals, 24 assists, 29 points and 30 penalty minutes across 120 games with the Big Red. As a senior, he posted career highs in assists (11) and points (13) following three seasons (2012-2015) in which he was teammates with current Phantoms forward Cole Bardreau.

Before heading to Cornell, Willcox spent two seasons with the Merritt Centennials of the British Columbia Hockey League (BCHL) where he produced 10 goals, 27 assists and 37 points across 105 games.

Willcox joins Scott Laughton (1st Round, #20 overall), Anthony Stolarz (2nd Round, #41 overall), Shayne Gostisbehere (3rd Round, #78 overall) and Taylor Leier (4th Round, #117 overall) as products of the 2012 NHL Draft to have joined the Phantoms.

The Phantoms continue their four-game home stand with three tilts at PPL Center this week. First, on Wednesday, March 23, Lehigh Valley welcomes the rival Hershey Bears to downtown Allentown for the final time this season. Then, on Friday, March 25, the Providence Bruins invade PPL Center for a 7:05 p.m. clash before the Hartford Wolf Pack come to town on Saturday, March 26 for Fan Appreciation Night at PPL Center. A limited number of tickets remain for all three showdowns and can be secured at pplcenter.com, by calling 610-347-TIXX [8499] or in-person at the Mealey’s Furniture Box Office at PPL Center [701 Hamilton Street].